The British diplomat whose kidnapping in 1970 by radical Quebec separatists triggered the October Crisis has died. James Richard Cross was 99.

His death, from COVID-19, was confirmed Wednesday by his son-in-law, John Stringer.

Cross spent 59 days in captivity after armed members of the Front de libération du Québec barged into his Montreal home on Oct. 5, 1970.

A Polaroid taken by the FLQ of Cross playing solitaire while sitting on a crate ostensibly full of dynamite is among the most iconic photos in Canadian history, representative of the moment when Quebec appeared to be teetering on the brink of insurrection.

Throughout the ordeal, however, Cross displayed a sense of calm that often impressed his kidnappers, and may have ensured his survival.

“Cross was calmer than us,” Jacques Lanctôt, who headed the FLQ cell that kidnapped him, told a CBC podcast last year.

Cross acknowledged afterward he had tried to remain friendly with his captors, joking with them and inquiring about their political beliefs. But that, he recalled, was merely a survival tactic.

“I hated the lot of them and would have cheerfully killed them if the opportunity arose,” the diplomat said in an 1995 account of the kidnapping that is part of an oral history project at Cambridge University.

Known as Jasper to friends and family, Cross was born in Ireland in 1921. After completing his university studies in Dublin, he joined the British Army, serving in the Middle East until 1947.

He later accepted a position with the British Trade Commissioner Service, and was posted to missions in India and Malaysia before arriving in Montreal in the heady days of 1968.

At the time, the FLQ was detonating bombs around the city in an attempt to spark a revolution that would lead to an independent Quebec.

By 1970, though, the group had been weakened by arrests and was frustrated at their lack of progress. The remaining members decided to change tactics.

A faction led by Lanctôt hoped to ignite support for the FLQ’s cause by kidnapping a public figure. They settled on Cross after determining the U.S. consul was too well protected.

Cross was walking to the bathroom in his underpants early on the morning of Oct. 5 when the kidnappers forced their way into his stately home on Redpath Crescent.

The kidnappers allowed him to dress and kiss his wife, Barbara, before bundling him into a stolen taxi.

He was taken to a home on Avenue des Récollets in Montreal North. Cross recalled being told he would be executed if a long list of demands issued by the FLQ was not met within 48 hours.

“On hearing this I said, ‘In that case I must compose myself for death,'” he told the oral history project.

As police launched a massive, if desperate investigation, politicians of all stripes implored the FLQ to keep Cross alive. Radio-Canada agreed to read the group’s manifesto on air, and they in turn extended the deadline.

Hoping to avoid further escalation, Pierre Elliott Trudeau, who was then prime minister, invoked the War Measures Act on Oct. 16, leading to hundreds of arrests. Laporte was found dead the next day. 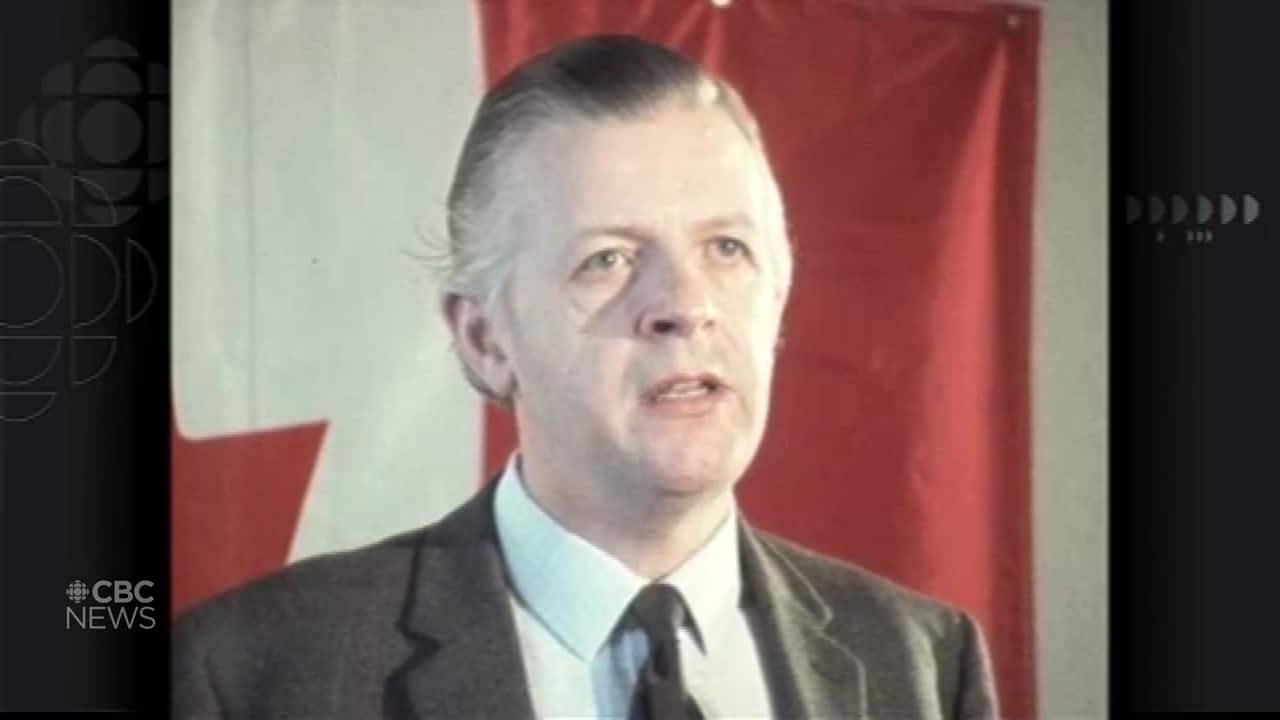 Cross was rescued after police discovered the kidnappers’ hideout on Dec. 3, 1970. 2:08

In the house on des Recollets, Cross was made to sit handcuffed in a chair watching television, which provided non-stop coverage of the crisis unfolding around him.

Behind him his captors moved about, discussing plans for him in low voices, but Cross dared not turn around.

“It would have been a disaster for me to have turned my head and seen any of my captors,” he said.

“I decided that the only way to survive was to go along with the kidnappers and obey their orders.”

As days turned into weeks, he developed a routine; waking late, getting permission to wash himself, then spending the rest of the day either watching television, playing solitaire or reading French translations of Agatha Christie novels.

“I began to retrace in my mind the walk of about three quarters of a mile which I used to take to school as a small boy,” Cross said.

“In the beginning I could barely remember the details, but after a few weeks I could probably have described every blade of grass on the route.”

By Dec. 2, 1970, police had tracked down two of the kidnappers and surrounded the home on des Recollets. An elderly defence lawyer was allowed inside to negotiate a peaceful end to the hostage situation.

Upon seeing Cross, the lawyer asked him for the name of the bull terrier he kept during his posting in India. “Garm,” Cross replied. It was a code word that confirmed his identity.

The FLQ agreed to release Cross at the Expo 67 site in exchange for safe passage for themselves and their families to Cuba.

“When we got outside into the bright sunlight it was an astonishing sight with hundreds of police and soldiers lining the streets,” Cross said.

He returned to Britain almost immediately his release. But before the flight home with his daughter, he gave a brief address to reporters at the airport.

“I never met Pierre Laporte but in the week we were the two prisoners I felt closer to him than a brother,” Cross said in French. “Why Pierre Laporte is dead and I am free, I do not know.”

Cross resumed his civil service career once back in London, though without any further foreign postings. He retired to Seaford, a small town on England’s southern coast.

In these later years, he spoke little of the events of 1970, said Stringer, his son-in-law. “He’s always been a remarkably phlegmatic man,” Stringer told CBC News on Wednesday.

“He never had any entrenched bitterness about what happened to him. He accepted it and was glad to have survived it.”

The British government barred Cross from selling his story, though he received several lucrative offers. But he did give occasional interviews on milestone anniversaries of the October Crisis.

“I don’t think about it every day, but it comes back when I hear about others who have been taken hostage or been deprived of their liberty,” he told Montreal’s Le Devoir newspaper in 2010.

For Canada’s energy sector, a Joe Biden win is just 1 more item on a long list of uncertainties

The second wave will be harder than the first — because this time, we saw it coming