Prime Minister Justin Trudeau said today he has warned the premiers that “impossible” choices will have to be made if they don’t lower their COVID-19 caseloads soon.

His comments follow a Thursday evening call between the prime minister and the premiers.

“One of the things that I did highlight is that our resources are not infinite at the federal government, whether it comes to support on contact tracing, extra support on [personal protective equipment], support through the military or the Red Cross. We are there to support the provinces as they handle this pandemic,” Trudeau told his regular pandemic media briefing earlier today in Ottawa.

“But there is a threshold beyond which when the cases spike too much, we might have to make really difficult choices about where to deploy the limited resources we have.”

Trudeau insisted the federal government is not at the point of making those “difficult choices” yet.

“Controlling the virus now reduces the impossible decisions and choices we might have to make down the road,” he said.

Trudeau said his government has approved a request from Manitoba to provide support in the province’s long-term care facilities until Jan. 15, 2021. 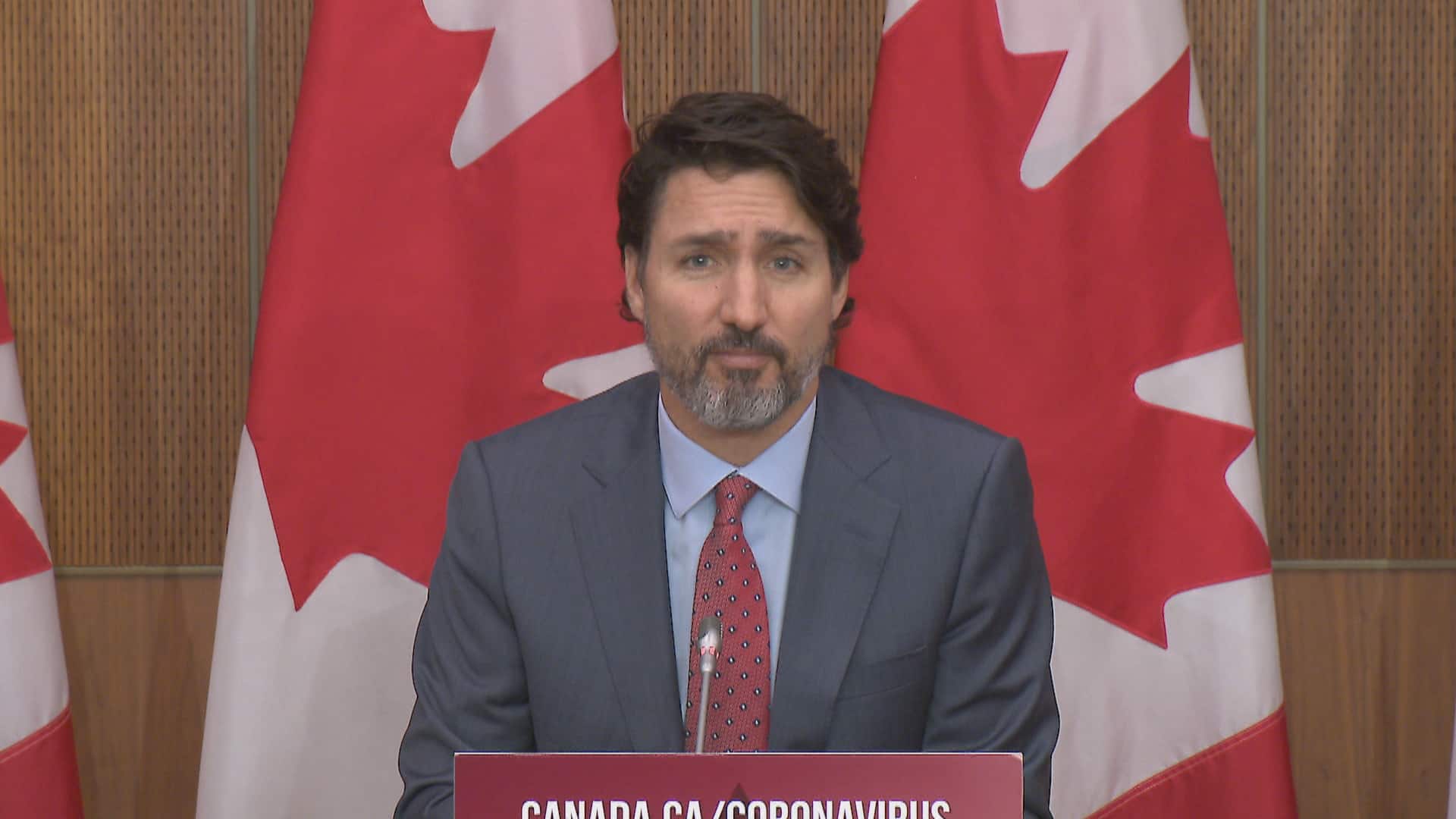 Prime Minister Justin Trudeau says that in his discussion with the Premiers he highlighted that difficult choices might have to be made if they move beyond the limits of the federal government. 1:15

“Hospitals start to get overwhelmed in various parts of the country as resources start to grow thin, as people are giving up on contact tracing,” he said. “The federal government can add more but not an unlimited amount.

“That’s why we all have to make sure we do not get to the kinds of spikes that are being projected, that with the approach of winter we all realize we’ve got to get this back under control and everyone needs to do their part.”

Friday’s warning follows Trudeau’s sobering comments on Tuesday, when he urged the provinces and territories to “do the right thing” and impose restrictions to counter the recent rise in COVID-19 cases.

That warning didn’t play well with all the premiers.

Saskatchewan Premier Scott Moe said it was “extremely unhelpful” for the prime minister to frame the issue as a “false choice” between protecting Canadians’ health and protecting the economy.

In an interview airing Saturday on CBC Radio’s The House, Dr. Michael Gardam, an infectious diseases physician at Toronto’s Women’s College Hospital, said many governments around the world are coping what he described as a “false dichotomy” between fighting the pandemic and saving the economy.

“We are obviously working hard at vaccine preparations but that’s going to take time, so we need everybody to make an effort,” Tam said.

“From where I’m sitting, anywhere outside of the Atlantic bubble, the Atlantic jurisdictions and the territories, fires are burning in so many different areas. Right now is the time to get those under control.”

Tam added that unless measures are taken now and the curve is flattened, the pandemic will affect Christmas gatherings.

“Right now, it’s not looking good. People have to like, really take everything seriously,” Tam said, singling out the Prairie provinces as a region that has a lot of work to do.

Gardam said that the current spike in COVID cases is a direct result of Canada taking its “foot off the brake over the summer months.”

The exponential growth in new COVID cases, Gardam said, will continue in the coming weeks — and Canadians shouldn’t assume that Canada had done a good job in fighting the virus.

“I think it’s time for us to have a little bit of a reality check and perhaps quit patting ourselves on the back here. We haven’t done as great a job as I think we think we have.”

Watch: Trudeau discusses how families should plan for the Christmas holidays: 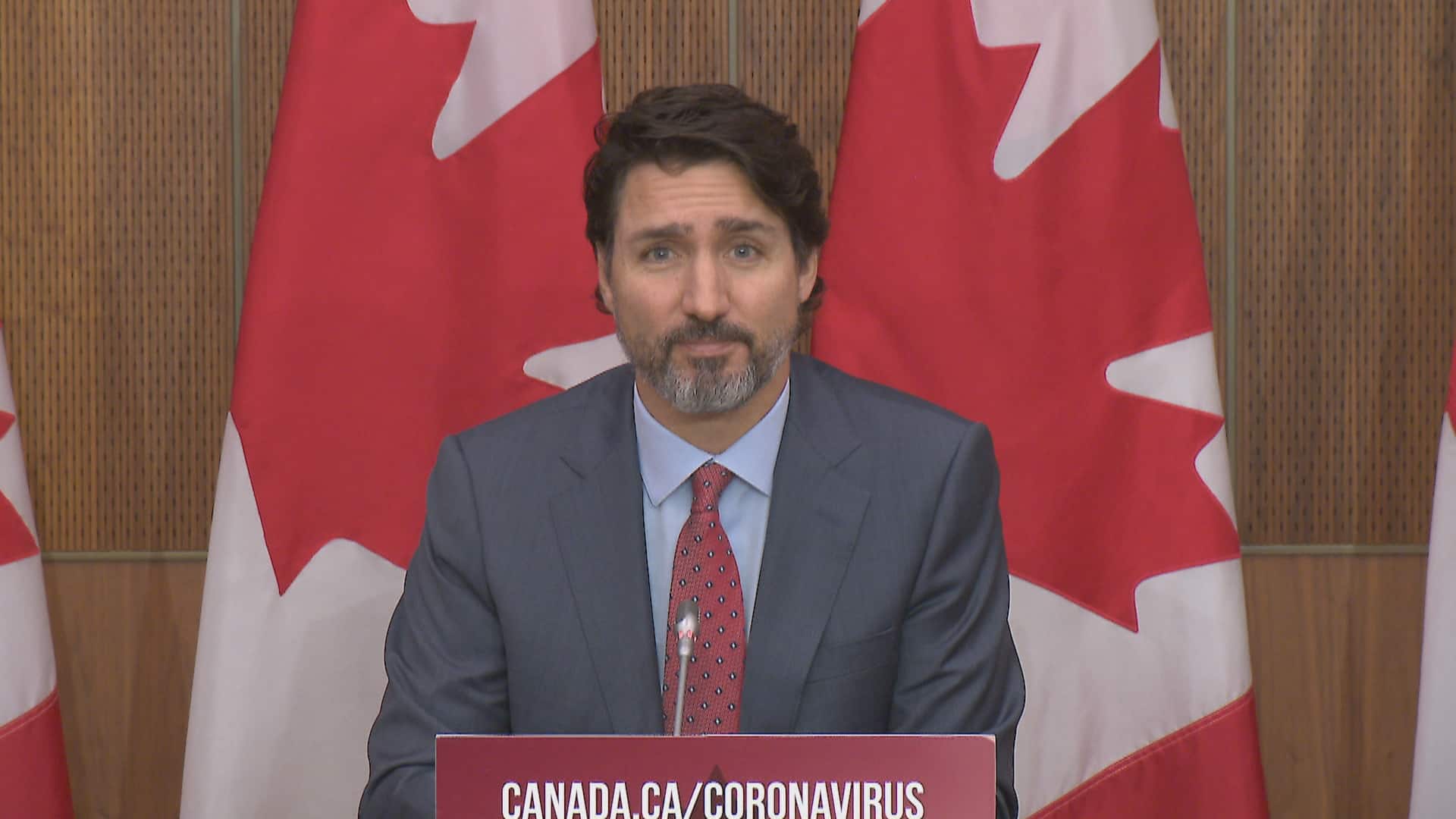 Trudeau also announced today that the federal government will offer $1.5 billion in job training support to the provinces and territories to help Canadians in hard-hit industries.

Trudeau said the funding will help laid-off workers in sectors like construction, transportation and hospitality re-enter the workforce by improving access to skills training and employment services.

The money comes as a new survey from Statistics Canada reports that nearly one third of businesses do not know how long they can keep going under the current conditions of the second wave.

Canada to mark national day for victims of air disasters