A “loophole” in the law that allows Canadians who travelled abroad for personal holidays or other non-essential trips to claim up to $1,000 in sick pay while they quarantine upon their return home will be closed, says the federal intergovernmental affairs minister.

“The idea that you can voluntarily decide to disrespect public health advice, go on an international trip and come back and, because you have to quarantine, somehow  apply for a sickness benefit makes no sense at all,” Dominic LeBlanc told CBC News Network’s Power & Politics. “It’s an accident of law.”

Residents of Canada can apply for the Canada Recovery Sickness Benefit (CRSB) if they’re unable to work for at least half of their scheduled work week because they have tested positive for COVID-19 or are isolating due to the virus.

Applicants are not eligible for the CRSB if they already have received paid leave from their employer for their absence.

Those who meet the criteria are eligible for $500 per week — or $450 after taxes are withheld — for a maximum of two weeks.

The government has approved more than 450,000 applications for the CRSB since its September launch.

The benefit is now under fire from critics who say pandemic aid could be going to Canadians completing their mandatory 14-day quarantine after returning from personal vacations and other non-essential travel.

“These people need an income replacement when they stay home not to go to work to protect the public. It’s not meant to be a bonus for some irresponsible trip you took,” LeBlanc told host Vassy Kapelos.

The minister said his government understands public frustration with people claiming the benefit after returning from unnecessary travel abroad; he called it an “abuse” of the benefit due to a “loophole” in the rules.

LeBlanc said his government does not have a firm number for how many Canadians improperly claimed the benefit. The number, he said, is “probably a very small amount, but one is too many.

“We’ll ensure that that loophole is plugged quickly and we’ll have more to say in a couple of days.”

LeBlanc said fixing the benefit “probably” will require legislation. If that is the case, any fix would required the House of Commons to be sitting.

Ottawa to introduce legislation to close loophole for quarantining travellers 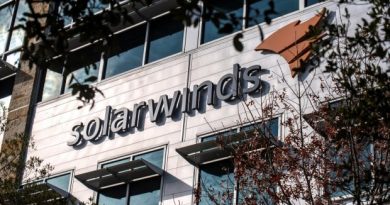