The Conservatives sent a letter to the Speaker of the House of Commons today demanding action be taken against now-Independent MP Yasmin Ratansi for employing her sister for years in contravention of parliamentary rules.

Ratansi, a longtime MP who represents Don Valley East, announced on Facebook late Monday night she was leaving the Liberal caucus after learning CBC News was coming out with a story revealing she had hired her sister as her constituency assistant since 2017, and that former employees claimed she tried to cover it up.

Several former staffers claim Ratansi told employees to call her sister Zeenat Khatri a different name — “Jenny.” Those employees also witnessed Khatri hide under her desk or in another room when people came into the office who might recognize her. Staff were also told not to photograph her sister at events, the former employees claim.

“This is just another example in a long line of arrogant and entitled behaviour by Liberals, with Prime Minister Justin Trudeau leading by example,” wrote the Conservatives’ ethics critic, Michael Barrett, in the letter to Speaker Anthony Rota today.

“Ms. Ratansi knew it was wrong to employ her sister with taxpayer dollars, yet she went to great lengths to cover up this information. Canadians deserve better from their elected leaders.”

Barrett asked Rota to bring the case to the Board of Internal Economy — the body that governs the administration and finances of the House of Commons. The party said it wants “appropriate remedial measures” taken. Earlier in the week, the Conservatives also called for Ratansi’s immediate resignation.

In a Facebook post now deleted from Ratansi’s account, the MP said she reported the case to the ethics commissioner last week. That move came after Ratansi learned CBC News was investigating the story.

A member of the public flagged a new video to CBC News of Ratansi talking about the case.

Last Wednesday, while chairing the Standing Committee on the Environment, Ratansi’s microphone accidentally unmuted while she was taking a call about the matter involving her sister. She is seen leaning over, off camera, and said, “Hi, listen, Zeenat is my adopted sister, actually.”

WATCH | Ratansi refers to Khatri as ‘my adopted sister’: 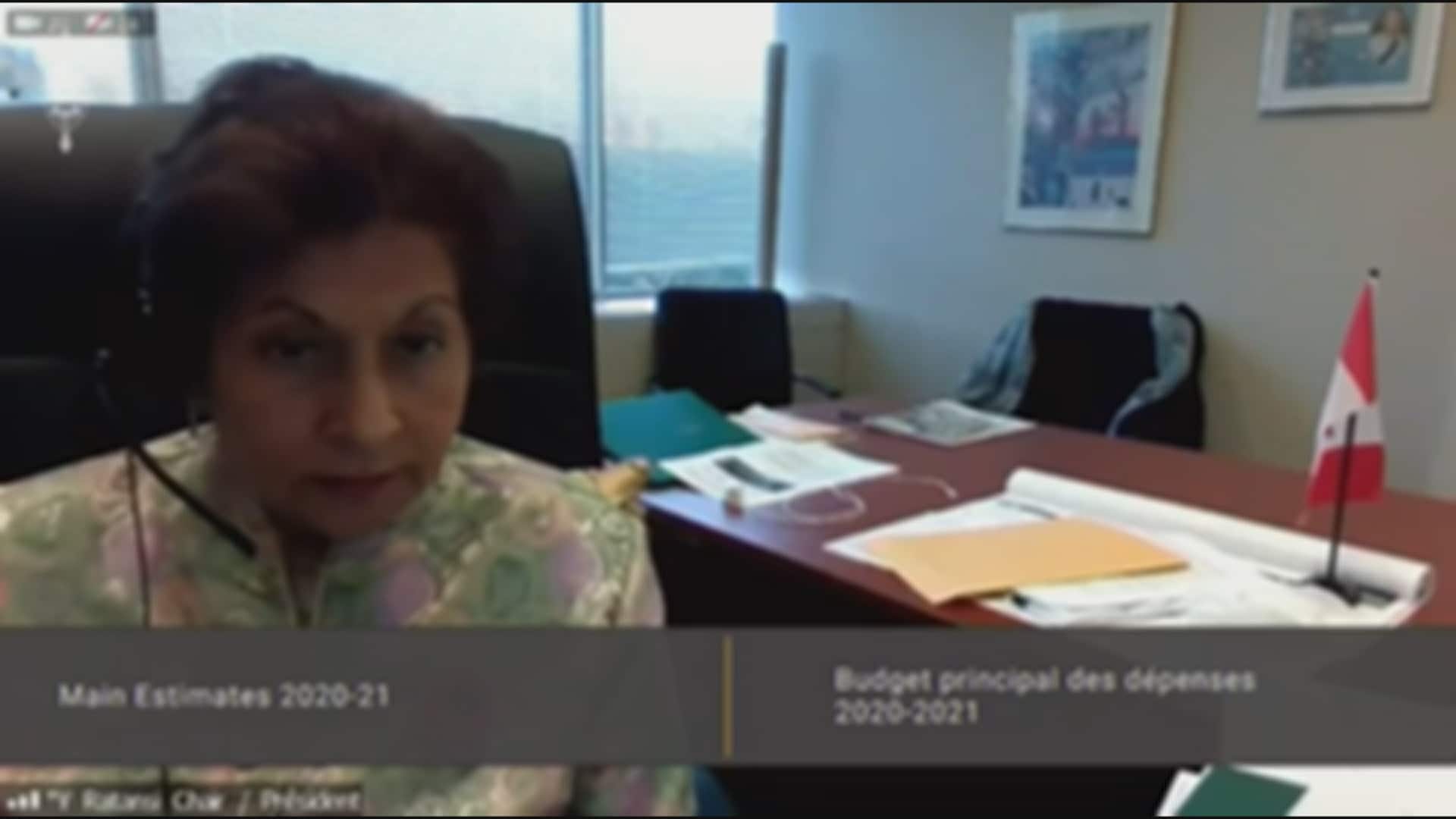 Ratansi microphone unmuted while taking a call during an environment committee on Nov 4. 0:09

Conservative MP Brad Redekopp, who was in the middle of talking at the time, was interrupted and said, “Hello.” That prompted Ratansi to pop back up and stop talking.

CBC News asked Ratansi for a comment on Sunday about the allegations. More than four days later, CBC has still not received a response to the claims, despite repeated requests.

“To the constituents of Don Valley East and to anyone I may have disappointed by my error of judgment, I take full responsibility, and to all I do apologize,” Ratansi wrote on her Facebook page at 9:38 p.m. on Monday.

CBC News reported her sister worked as her constituency assistant from 2005-2011 and from 2017 to present, according to multiple former employees. As of 2012, it was against the Members’ bylaw to employ immediate family members, including a sibling.

MPs have their own operating budgets and are allowed to pay constituency assistants a maximum salary of $89,700 a year, according to the House of Commons. That means Ratansi could have paid her sister up to $269,100 over three years.

Ratansi is also facing claims she told staff to stop working on South Asian constituents’ immigration and family reunification cases because she felt they were “untrustworthy” or suggested they “lied” because of their ethnicity.

CBC News agreed to protect the identities of the sources, who say they fear harm to their careers and retaliation from Ratansi herself after speaking out.

A former employee of Toronto MP Yasmin Ratansi describes comments he heard Ratansi make about constituents. CBC News has obscured his face and changed his voice to protect his identity. 0:47

The former employees CBC News spoke to also claim Ratansi created a “toxic and verbally abusive environment” in the office. The sources claim Ratansi publicly yelled at staff about their work and called people “stupid” for simple mistakes, such as leaving paperwork in the printer or taking photos she didn’t like.

The government’s chief whip, Mark Holland, said Monday night his “understanding is Ms. Ratansi is disputing” the allegations about her statements and treatment of staff.

Now that Ratansi is an Independent MP, he said, it’s up to the House of Commons’ chief human resources officer to “adjudicate” the matter, and Holland encouraged employees to report their complaints formally.