Conservative MP and former party leadership candidate Derek Sloan is asking his supporters to send him money to “protect Canada’s kids” from a proposed law that would ban some aspects of so-called conversion therapy.

Sloan has previously voiced his fears about the legislation, which passed its second reading in the House of Commons last month and would outlaw the discredited practice of using therapy to attempt to change someone’s sexual orientation. But today’s email fundraising pitch shows Sloan trying to raise cash on an issue that puts him offside with party leader Erin O’Toole and the vast majority of the Conservative caucus.

Sloan, who represents the riding of Hastings-Lennox and Addington in Ontario, was among seven Conservative MPs who voted against the bill, told his supporters in the email that he’s looking to raise $25,000 this month for the next federal election.

Sloan, like O’Toole, has suggested the proposed law could criminalize conversations about sexual orientation between a parent and a child, or between a religious leader and a young person.

O’Toole, however, has been explicit about his opposition to the “cruel” practice of conversion therapy and has suggested the law be tweaked to provide greater clarity about those private discussions. Sloan’s concerns seem to go much further.

The practice of conversion therapy — the use of psychological or spiritual counselling in an attempt to change the sexual orientation of someone who identifies as LGBTQ2, or to change someone’s gender identity to cisgender — has been shown to be both ineffective and harmful and has even been compared to torture.

Sloan said in the email he worries about the effect of the government’s legislation itself, arguing it “would contribute to the massive increase we are seeing with little boys and girls who are being chemically transitioned because of their feelings of gender dysphoria.”

“The vast majority of kids who feel this way will grow out of it,” he wrote, claiming that under the new law, anyone who tries to “help a child feel happy with the body they were born with” could be sentenced to up to five years in prison.

Sloan’s comments are both inaccurate and transphobic, said Kristopher Wells, Canada Research Chair for the Public Understanding of Sexual and Gender Minority Youth and a professor at MacEwan University.

“He’s characterizing gender affirmative care as bodily mutilation and continues to spout this rhetoric that would deny youth in particular the opportunity to seek care to improve their life opportunities, mental health and well-being,” he said.

Young people struggling with gender identity face a greater risk of self-harming behaviour if they don’t get the care and support they need, said Wells.

He also pointed to what he called inflammatory language in Sloan’s fundraising pitch, such as the description of young people who use puberty-delaying drugs as “chemically transitioned.”

“He’s trying to politicize LGBTQ people and their lives for his own personal gain and benefit,” Wells said.

CBC News asked Sloan to explain his claim that donations to him would help protect Canadians’ kids. He said in an email that by “donating to my re-election, people can help to ensure my voice remains in Parliament.”

Sloan would not say whether he has raised the funds required by the Conservative party for an MP to qualify as a candidate in the next election, but indicated he intends to do “several rounds” of fundraising going forward.

Asked why he would raise funds on an issue that sees him at odds with his leader, Sloan repeated many of the arguments in his fundraising email about the impact of gender transition on children.

O’Toole’s office said any questions about Sloan’s fundraising should be directed to the Conservative party.

“Mr. O’Toole believes that conversion therapy is wrong and should be banned, that is why he voted in support of the bill at second reading,” said a spokesperson.

“We will be proposing a reasonable amendment so that all parties can support this important legislation.”

Wells rejects the suggestion that the bill could criminalize private conversations, including those between a parent and a child.

“There’s nothing in the legislation, or any conversion therapy prohibition legislation that’s been passed in Canada, that criminalizes private conversations,” he said.

The Conservatives have suggested the government make that point clear by adding specific assurances to the text of the legislation saying it would not criminalize private conversations involving the personal views of teachers, pastoral counselors, friends, family members and others.

Liberals also fundraising off the bill

Sloan’s comments also play into the Liberals’ own fundraising efforts on this issue. They’ve sought to spotlight the Conservative MPs who voted against the bill and have asked Liberal supporters for money to “protect and support human rights.” All 151 Liberal MPs present for the vote on C-6 supported it.

Sloan was among seven Conservative MPs who voted against the legislation. Two more abstained and eight suggested they were only supporting the legislation in the hopes that it would be amended at some point.

Former Conservative leader Andrew Scheer was among the MPs who simply did not show up for the vote.

In the debate before the vote, however, many Conservatives spoke in moving terms about the harm caused by conversion therapy — among them the party’s first openly gay MP, Eric Duncan.

Duncan told the House of Commons how surprised he was by the love, compassion and support he received when he came out in 2017 in a Facebook post. He contrasted that reception with the experiences of some in and around the rural Ontario community he served as mayor before becoming an MP, citing the case of one young man who took his own life.

Duncan also offered a message of comfort to young gay and trans Canadians.

“It is okay to be gay. It is okay to be trans,” he said. “Canadians know that subjecting anyone to conversion therapy is wrong and we must protect those who are vulnerable.”

Wells said that Duncan’s comments, along with others made by Conservative MPs, were without precedent in the modern Conservative party.

“I’ve never heard those kind of supportive comments to the LGBTQ community come from the Conservative party en masse,” he said. “It represents a real turning point.”

The conversion therapy bill has been referred to the House of Commons justice committee, which can consider potential improvements to the legislation. 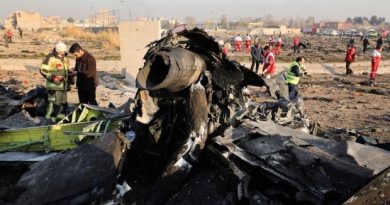 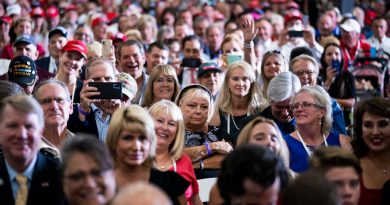