Canada’s top diplomat in Washington says she has no concerns about disruptions to Canada’s economy should the results of the U.S. presidential election be delayed — or contested.

“I can’t say that we do,” Canadian Ambassador to the U.S. Kirsten Hillman told CBC Chief Political Correspondent Rosemary Barton on Sunday. “The United States often does not have final results on election night. We even saw that in midterm elections just two years ago where … several seats took quite a while … for those votes to get counted.”

Hillman said that while a presidential race is a more significant undertaking than a midterm election, the country’s vote-counting process is still “well honed.”

“There are state-level officials that have been working on this for months. We are confident that these systems are going to work,” she said in an interview on Barton’s new show, Rosemary Barton Live.

More than 90 million Americans have already cast ballots in the 2020 election, a record turnout driven, in part, by a surge in mail-in voting amid the COVID-19 pandemic. But every state has different rules about processing and counting mail-in ballots, and many will not have a final count by the end of election day on Tuesday.

Hillman said she’s prepared for a late night on Tuesday — she’ll be reporting back to colleagues in Ottawa to share her perspective as the evening plays out.

“We want to wait to make sure that the outcome is clear and accepted. And that’s usually when we make a statement. We usually don’t do it until it’s absolutely clear what the outcome is and Americans have made that decision,” she said.

WATCH | Is Canada’s ambassador to the U.S. concerned if the election result is delayed? 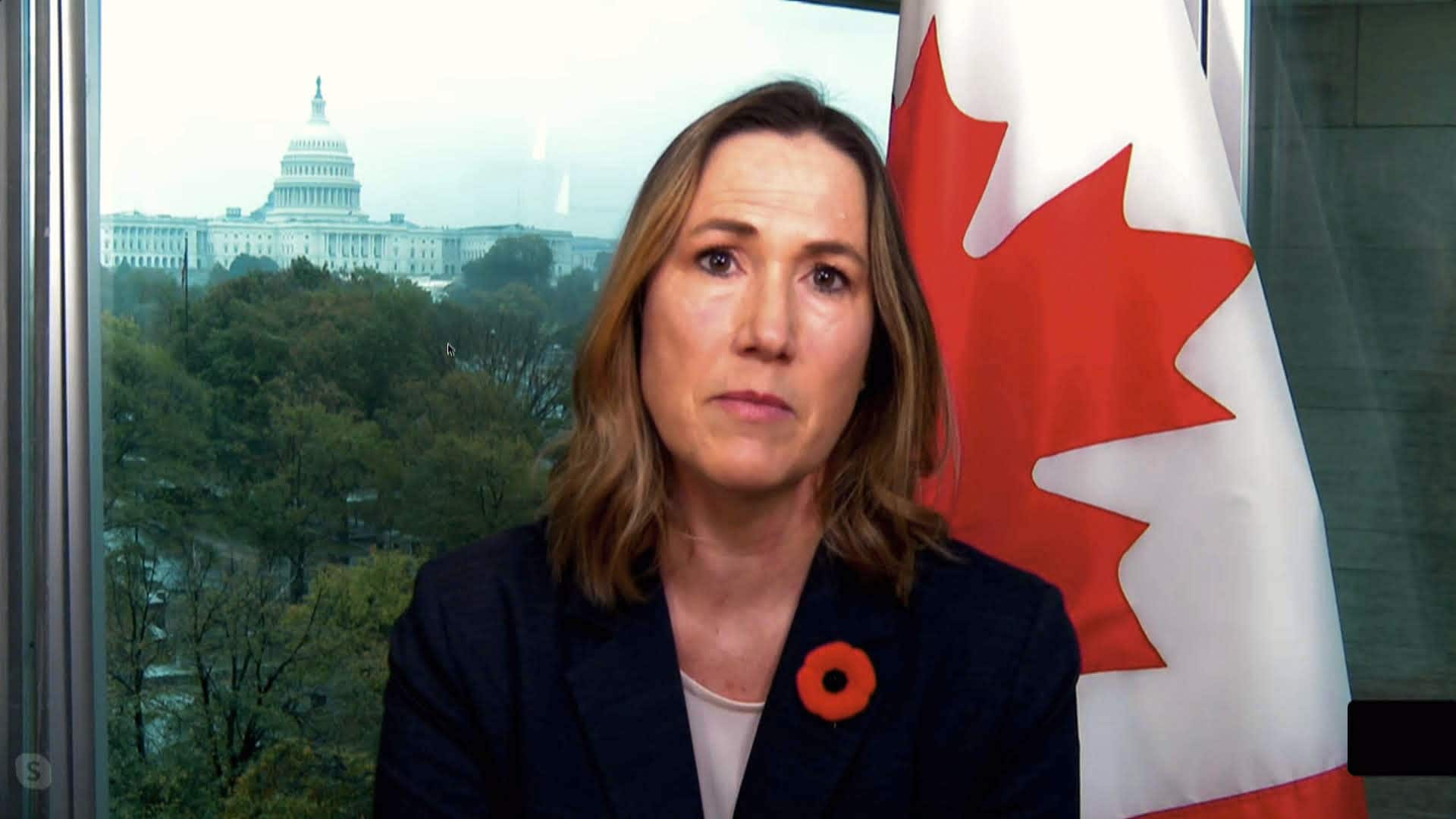 Kirsten Hillman isn’t concerned about the impact on Canada’s economy if the U.S. election result is contested, due to ‘well-honed’ processes to determine a winner. 5:57

Those decisions, said Samantha Power, a former U.S. ambassador to the United Nations, are now being made in unprecedented numbers.

“[The turnout] gives you some testament, I think, to just the degree of engagement and enthusiasm,” Power told Barton in a separate interview.

Efforts to drive Americans to the polls have made “voting salient in people’s lives in a way that I can’t recall happening in my lifetime,” she said. “It’s just the notion of ‘Vote. Do your duty.'”

This week, Prime Minister Justin Trudeau spoke to Hillman and the 13 Canadian consuls general to discuss the Canada-U.S. relationship as his government braces for an uncertain outcome.

“We will, of course, be watching election day unfold in the United States with confidence in American democracy and their democratic traditions that have managed this event every four years for a very, very long time successfully,” Trudeau said during a news conference on Thursday.

“There have been situations — in 2000, for example — where it was a matter of weeks before arriving at a final outcome. And as we did then, we will follow along carefully without interfering or intervening in well-established processes internal to the United States’s democracy.” 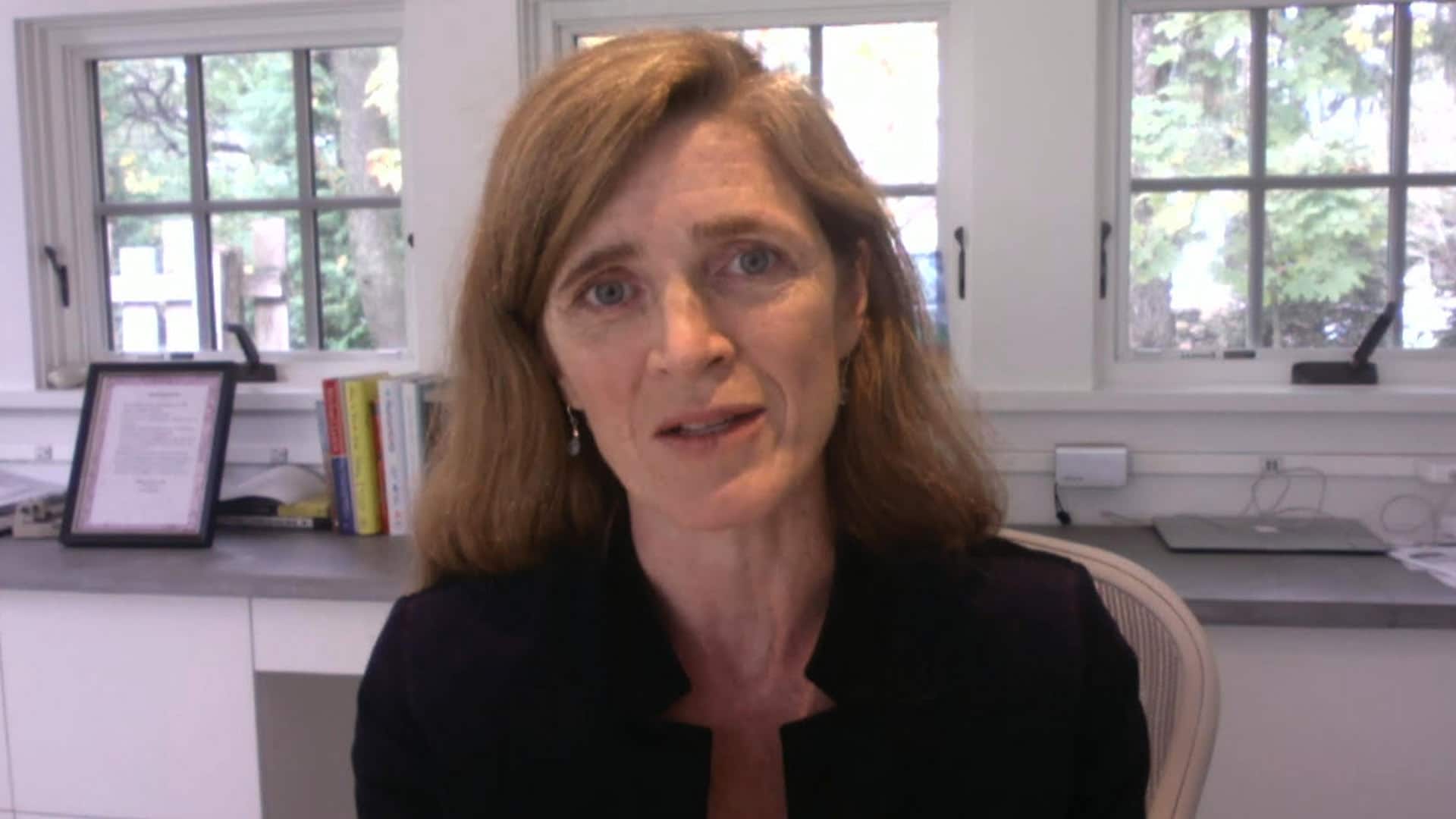 Former U.S. ambassador to the United Nations Samantha Power sees more enthusiasm to vote in this U.S. election than at any other time in her life. 7:50

In 2000, the final result of the presidential election came down to Florida and its 25 electoral college votes. Initially, the major American television networks called the state for Al Gore, the Democratic candidate. But that turned out to be premature, and the networks were forced to rescind their projections. Then, the decision desks awarded the state to George W. Bush, the Republican candidate.

The projections seemed clear enough that Gore called Bush to concede. But Bush’s lead in the actual vote tally began to shrink, and before Gore could deliver a concession speech, he called Bush back to say that he was no longer conceding the election.

The provisional result in Florida was close enough that an automatic recount was triggered. More than a month of scrutinizing ballots and arguing legalities ensued. Ultimately, the matter ended up before the U.S. Supreme Court, which brought an end to the recount, with Bush ahead by 537 votes.

“We really watched it like everybody else watched it, and we counted on the expertise in the Canadian Embassy in Washington to tell us what was going on,” Eddie Goldenberg, a senior adviser to former prime minister Jean Chrétien, recalled in an interview with CBC News.

No urgency to recognize a new government, expert says

For as long as it takes to achieve a final result in 2020, Trudeau’s Liberals would presumably want to avoid coming down one way or the other, maintaining an approach to U.S. politics that they adopted in the lead-up to the 2016 presidential election.

“What we’ve seen over the last four years is a Canadian government that’s exercised, for the most part, a lot of message discipline when it comes to talking about the United States and talking about Donald Trump,” Roland Paris, a professor of International Relations at the University of Ottawa, told CBC News.

“Canadian prime ministers rarely have anything to gain by weighing into U.S. domestic politics and potentially they have a lot to lose, so I think that what we’ll see is the prime minister keeping his powder dry.”

Paris also said he believes it’s unlikely that a contested result would have a direct impact on Canada.

“We need to remember that Donald Trump will remain the president until Jan. 21 under any circumstances, so there’s no urgency for Canada to recognize a new government or even congratulate the winner until the results are clear.”