There isn’t a hint of overstatement when Mark McCarthy calls 2020 a lost year for the Canadian tourism industry.

“Everyone is on survival mode,” said McCarthy, whose family-owned tourism company in St. John’s did a fraction of its usual business this past summer after premiers in the Atlantic provinces created a regional bubble that excluded visitors from the rest of the country.

McCarthy and Joe Urie, co-owner of the Jasper Tour Company in Alberta, spoke to CBC’s The House about the common challenges their industry faces because of the COVID-19 pandemic, and whether the aid package included in this week’s fiscal update provides enough of a booster shot to inoculate them against another round of economic lockdowns.

Tourism employs 750,000 people in Canada, accounts for 2 per cent of GDP and supports many rural and Indigenous communities.

Finance Minister Chrystia Freeland acknowledged the sector took a particularly heavy blow from the prolonged economic lockdown, from politicians at all levels urging people to stay home and from travel restrictions that remain in place in many parts of the country.

“We know that businesses in tourism, hospitality, travel, arts and culture have been particularly hard-hit. So we are creating a new stream of support for those businesses that need it most … that have lost revenue as people stay home to fight the spread of the virus,” Freeland said in French while presenting Monday’s economic update. 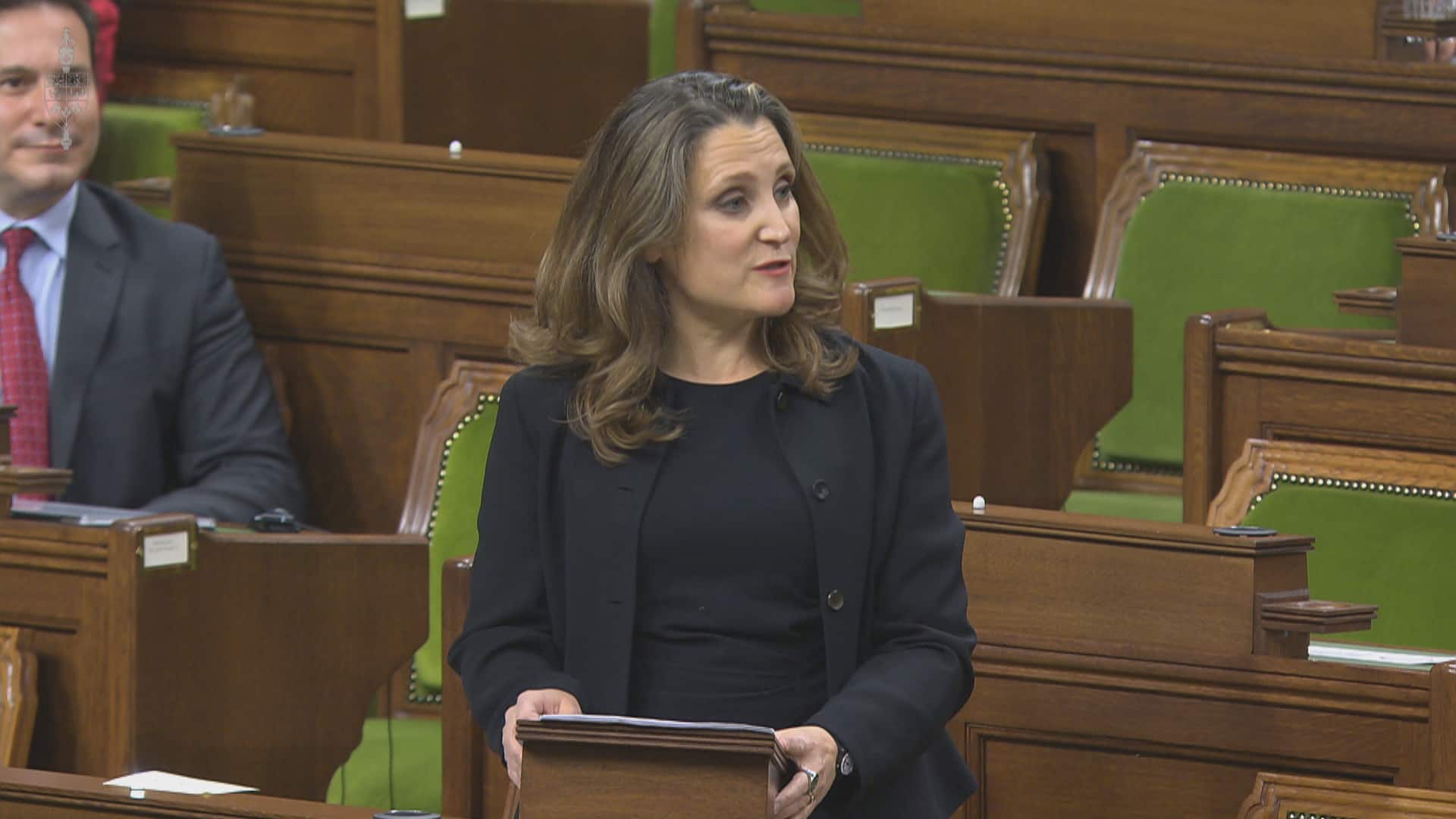 Deputy Prime Minister and Finance Minister Chrystia Freeland spoke in the House of Commons on Monday. 48:39

The government created a program offering guaranteed loans and reduced interest rates to the tourism sector and other hard-hit industries. It also moved this week to earmark 25 per cent of its Regional Relief and Recovery Fund for local tourism businesses. That works out to more than $500 million through June.

McCarthy and Urie have never met, but they face the same daunting challenges in keeping their businesses afloat and their people employed.

McCarthy’s company typically runs 50 escorted tours around Newfoundland and Labrador during the peak season from May to October. Its customers are mostly Canadian, its tours employ local guides and its spinoff business helps to support local restaurants, shops and car rental firms.

“However, after March, when everything closed down, basically we had no season at all,” McCarthy said. “We ended up with less than one per cent of revenue for the year.”

Urie takes groups of up to 14 people on tours in and around Jasper National Park that focus on Indigenous history and culture. Unlike McCarthy, he relies heavily on international travellers.

“And of course, with the borders closed, that pretty much zeroed us out,” Urie told The House. “And, like Newfoundland being closed, the Canadian federal government closed the national parks and the national historic sites across the country. So we didn’t even have — for almost a three-month period of time — Albertans coming into the park.”

The near-collapse of tourism made it impossible for many companies to keep all of their employees on the payroll. With no tourists, with no money coming in, federal programs like the wage subsidy were of limited use to these firms.

Tour operators Joe Urie of Jasper, Alberta and Mark McCarthy of St. John’s, N.L., discuss new help for their industry in this week’s economic update, and what else businesses need to see to survive the coming year. 8:08

The Tourism Industry Association of Canada said it’s encouraged by the support targeting the industry in this week’s fiscal update, but warned that more needs to be done if these companies are to survive.

“Tourism businesses have been facing months of reduced or no revenue — and without certainty of support, including timing, they cannot plan for their financial future,” said the association’s acting CEO Vince Accardi in a statement. “We look forward to continued work with the government to ensure these supports get to those who have been hardest hit, on the right terms and as soon as possible.”

“A lot of Indigenous tourism businesses have a really hard time applying for these programs. There’s a lot of financial institutions that won’t touch you if your business is on a reserve,” he said. “You know, it’s really, really difficult.”

Urie estimates it will take until at least 2022 — perhaps longer — for tourism to rebound, despite reports that vaccines will be available in Canada in the coming months. He said that’s made him reluctant to apply for the federal business loans.

McCarthy has similar concerns about the plight of his partners in small communities around Newfoundland and Labrador who might be attracted by the Canada Emergency Business Account (CEBA), which provides interest-free loans of up to $60,000. A third of a CEBA loan will be forgiven if the balance is paid off by the end of 2022.

“And unless we can get opened up in 2021, I think that the payback period could be difficult for a lot of these operators,” he said. “So I think it’s a real concern for people who are just availing of the loans … because they’re in survival mode.”

As their interview with The House ended, Urie and McCarthy exchanged information. “I just went on your site and had a look, Joe. It’s great!” McCarthy said as he and Urie briefly chatted about the value of private tours and engaging more with local guides.

On the same page — and in the same boat, as they look ahead to an uncertain future for Canada’s tourism industry.