It’s been almost 50 years since Jean Laporte learned from a television report that his father had been killed by a radical group of separatists trying to turn Quebec into an independent socialist state. But as he looks back over the unprecedented events that helped shape his life, Jean barely addresses the politics over the emotional loss of the time.

The kidnapping and murder of Pierre Laporte, Quebec’s labour minister and a senior member of the province’s cabinet, was, for the tightly knit Laporte family, not about historical significance but about the loss of a cherished father, husband, brother and uncle.

And for Jean, the death of the man he idolized was only ever about losing someone he thought of as the “king of the world.”

“My only conclusion — and it’s a simple one — is when you’re 11 years old and your father is kidnapped and then murdered, is you missed the person,” Jean told CBC’s Rosemary Barton.

“I was totally admiring him. You know, normally a son with his father, as king of the world, that was exactly what I was seeing,” he said.

The Front de Libération du Québec, or FLQ, had since the early 1960s engaged in a bombing campaign across the province, setting off more than 200 devices in an effort to further its political goals.

“That day I was playing dodge ball with friends,” remembers Jean. “And suddenly they ask us to go back inside the house … normally we play until the sun goes down.

“We went back into their place and I opened the TV. And at that specific moment on TV, I saw my home, I saw my house. And there was about, I’ll say, 100 people in front of the house, I saw some policemen … they asked me to shut down the TV…. And that’s when I learned that my father was kidnapped, on October the 10th.”

The FLQ wanted the release of 23 prison inmates charged with crimes committed in the name of the Front. The group insisted these people were political prisoners. It also wanted the group’s manifesto to be read on national television.

Five days after Laporte was taken, about 3,000 FLQ supporters gathered at Paul Sauvé Arena to show support for the group’s separatist ideas. The FLQ’s lawyer, Robert Lemieux, fired them up with a speech promising to “vanquish” opposition to their ideals. 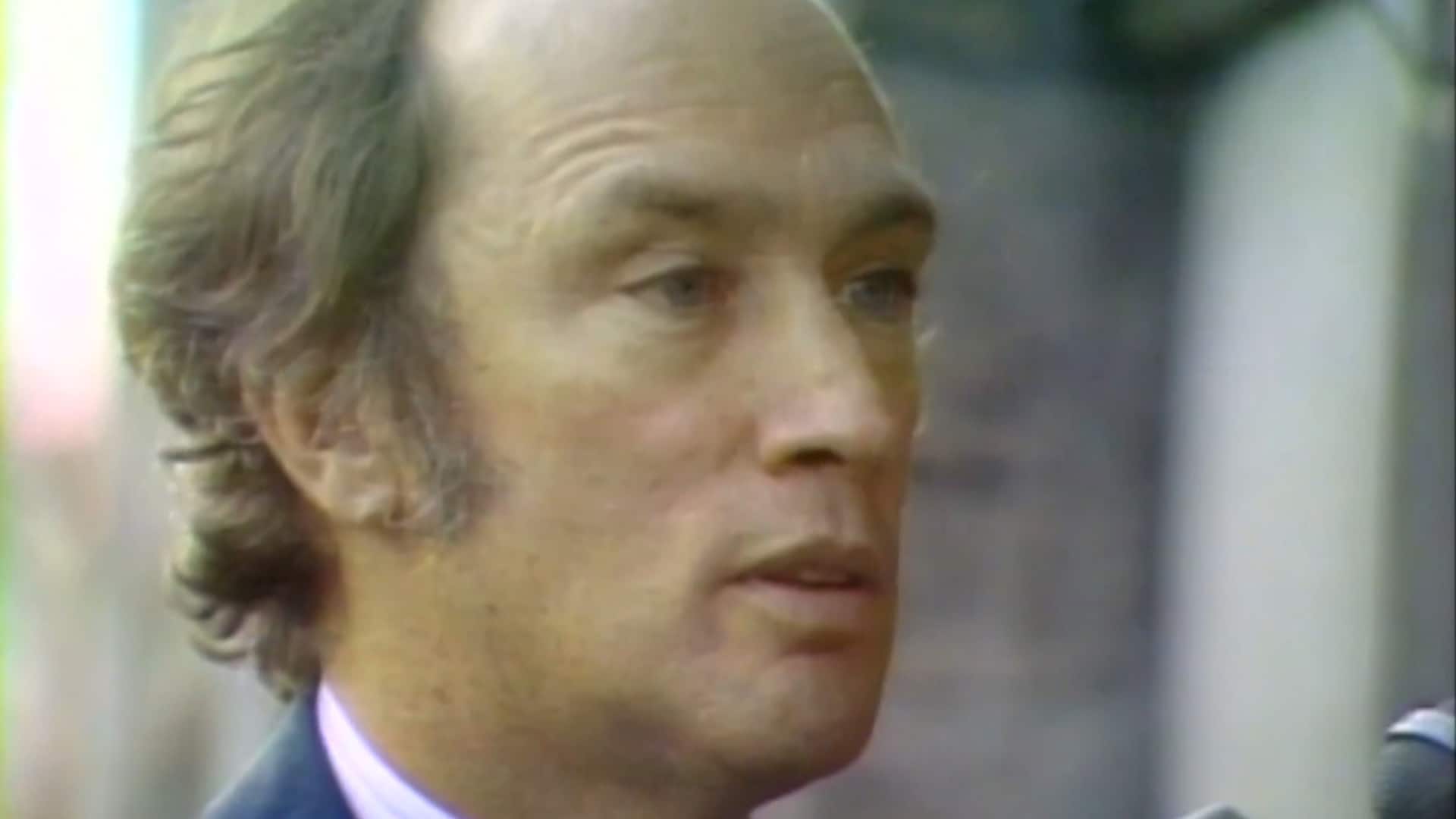 Prime Minister Pierre Trudeau speaks to reporters outside the Parliament Buildings in Ottawa during the October Crisis of 1970. 1:55

The act allowed police to conduct searches and arrests without warrants and extend detentions for 21 days without charges and without the right to see a lawyer. It was the first time in Canadian history the act was used during peacetime.

‘Everything went so fast’

The day after the first arrests, the tide turned for the FLQ. On the night of Oct. 17, an FLQ communiqué led police to a car parked near St. Hubert airport. In the trunk was the body of Pierre Laporte. He had been strangled to death.

“On the 18th in the morning, I opened the TV, saw the car and saw in the trunk the body of my father. And that’s how I learned, again through TV, that my father was dead, that he was killed the day before,” Jean told Barton.

“Everything went so fast…. He was killed on the 17th, I learned it on the 18th, and on the 20th was the funeral. If you look at the total situation: in 10 days, going from having your father, father being killed, then everything is closed, funeral being done and move on.”

At the end of the day, he was murdered and I never saw him again.– Jean Laporte

Jean explained that his father and his father’s brother were married to Jean’s mother and her sister. The two couples lived in houses that backed onto each other, making for a very tight family upbringing.

“The entire group, their entire family felt the pain, felt the pressure and the stress,” Jean said.

Some of the 405 people arrested under the War Measures Act were kept behind bars for 21 days; Most were released after a few hours without charges.

In recent days, Quebec politicians have been asking Prime Minister Justin Trudeau to issue a public apology for the suspension of civil liberties in Quebec during the crisis. Trudeau has responded by saying that his thoughts were with the Laporte family as the anniversary approached.

Jean said that since the request for an apology is for people who were detained, he is not interested in where those requests land. When it comes to the use of the War Measures Act itself, Jean said he is equally keen to remain nonjudgmental.

“I’m basically not here to judge if it was the right thing to do or not. Politicians made that decision,” he said “Whatever the reasons are, whatever you’ve done with the War Measures Act or any other decision, at the end of the day, he was murdered and I never saw him again.”

Jean, however, does have strong opinions on the government’s actions at the time and how decisions that were made may have contributed to his father’s death.

“Through the War Measures Act and with what government decided to do, I do believe that they made the conscious decision to sacrifice Pierre Laporte in order to put order in the province of Quebec and giving themselves more opportunities to realign what the future should be in our province,” he said.

One of Quebec’s great champions

Without any indication of bitterness or blame, Jean said politicians in positions of power have tough decisions to make. Faced with a radical group that began its campaign for a separate Quebec by setting off bombs across the province before escalating to kidnapping and murder, Jean said the country was in a crisis and governments needed to take action that would restore order.

“It’s 50 years ago. I’m a bit too old to still be angry. If it was the case, I will have some, I guess, major issue in my head,” he said, noting that if anyone deserves blame for his father’s death, it is not an elected official.

“If you decide to kidnap someone, I believe you’re responsible for his health, and whatever will happen after is due to that kidnapping,” he said. “If you don’t kidnap someone, hopefully that person won’t be killed. And that’s still the analysis. So the father’s gone, all the rest is, you know, not the key point for me.”

The irony in the FLQ’s decision to target Laporte was that the group had chosen to end the life of one of Quebec’s, and French Canada’s, great champions. Jean said that is how he wants his father to be remembered: for his accomplishments in life rather than the political turmoil that marked his death.

Pierre Laporte was a journalist for many years, exposing the mistakes of the Duplessis government. Later he became a dedicated politician, a great defender of the French language for francophones inside and outside Quebec.

“I think they chose the wrong person,” Jean said. “Pierre Laporte was there to defend francophones, to promote the French language, and he loved to do it — not only in Quebec, but in the rest of Canada and the States. So I think it was a mistake not knowing what he was all about.”