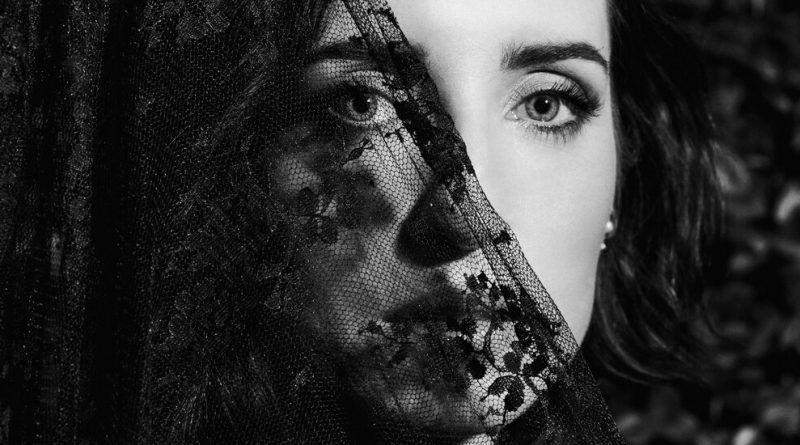 Growing up, Zoe Lister-Jones, the actress and filmmaker, was not into frights. Not a horror person. “I never did the Ouija board, Bloody Mary, light-as-a-feather slumber-party vibe,” she said. “It was Brooklyn in the ’90s, and I think that my life felt scary enough.”

But she was just the right demographic to catch “The Craft,” the hit 1996 movie about a coven of teenage witches — and it spoke to her as someone who didn’t fit in. She channeled that into writing and directing a follow-up film, “The Craft: Legacy”(now on iTunes, Vudu and other platforms), and found it unexpectedly moving to mine her adolescent self. “I didn’t have to dig too deep,” she said in a recent video interview, “because teenage Zoe is still very much present, and especially present in therapy.”

Lister-Jones, 38, who starred in the CBS sitcom “Life in Pieces” opposite Colin Hanks, wrote and directed the 2017 indie comedy “Band Aid” (notable for its entirely female crew) and has made feminist stories a hallmark of her career. Like the original, “The Craft: Legacy” is intersectional; Lister-Jones added a trans character and a story line about male toxicity. “There’s an umbrella of oppressive structures that I was also trying to make an entertaining film within,” she said.

Magic mattered, too. Three-quarters of her leads were already practicing some form of witchcraft.

“When I met them for the chemistry read, they were, like, taking crystals out of their pockets,” she said. “They still are all on a coven group text chain, and doing new-moon and full-moon ceremonies together virtually.”

She also employed several practitioners of the occult as consultants. Forget producers: “I had witches who were holding me accountable,” she said.These are excerpts from our conversation.

So were you a teenage goth?

I was a teen rude girl. I loved ska music, and I shaved my head when I was in seventh grade — I had those wispy bangs, which I dyed blonde, and I wore a lot of black and white. I had Specials posters on my bedroom wall; I would go to really bad high-school band ska concerts and skank. I definitely self-identified as a weirdo.

I was super othered. It was a really dark time for me.I wasn’t aware of why I was shaving my head. And I went and bought combat boots, and did all these things, without realizing that I think I was unconsciously trying to make myself invisible to men, at a time when I was starting to understand my sexualization by people that I didn’t want to be sexualized by.

I was really bullied and called names all the time walking down the hall. I was misgendered all the time because I still was really androgynous-looking. I still had crushes. It was just a very confusing time. And then “The Craft” came out.

Did you, while writing this, suddenly have deeper sessions with your own therapist?

Yes. And they’ve continued. They get more and more frequent. One of the creators of “The Watchmen,” at the Emmy Awards this year, thanked his therapist first. I was like — yes, I echo that.

Teen movies, and maybe horror, too, have always been about a search for identity. Was that part of your interest in making this?

It was important to me to make a film about young women in the genre category that was distinctly not through the male gaze. [Growing up,] I surrounded myself in a circle of young, weird women — at parties we would just go into our own space and dance, and it was very much about us being insular. When you find your people, especially as an outsider, the thrill of that feeling — [I wanted] to capture that in a coming-of-age film.

And genre’s exciting, because there’s more room for social commentary. This felt like a space where I could do that, subliminally or not. Young women stepping into their magical power is allegorical enough, in terms of the times that we’re living in.

How did you decide to handle teen-dom now? Your teens are rarely on their phones. No TikTok dances.

What did your witch consultants do?

We have three: Pam Grossman, Bri Luna, and Aerin Fogel. Pam wrote the spells in the film. I wanted to make sure that all the witchcraft and the ritual felt authentic.

Bri is better known as the Hoodwitch, she’s an incredible resource. Aerin was our Canadian witch, our boots-on-the-ground witch in Toronto, to make sure that the altar was set properly. She also led us in a ritual before our first day of shooting. It was the cast, myself and my department heads, who I had brought from “Band Aid” — sort of my own little coven. There were about 10 of us, and she led us in this beautiful ritual that was intention-setting, and allowing us to meet our shadow-selves, which I think is a big part of witchcraft — that our power can also be a part of our shadow-self. She walked us through those themes, which I think was really helpful in entering what always feels like a battle, making a movie.

Right around the time you started working together, Jason Blum of Blumhouse, who produced this movie, got pilloried because he said in an interview that there were not a lot of female directors who want to do horror. What did you make of that?

That’s something that we hear a lot, whether it’s women or people of color, that there’s not enough of us, and that’s why the industry — or the people lensing things [like cinematographers], or the people in charge — are so homogeneous. And it’s obviously not true.

But I was confronted by it when I was crewing up “Band Aid,” and I think it’s important for all of us to be aware of our implicit bias when it comes to hiring practices. Even some of my department heads were really uncomfortable not hiring the men that they had already established a language with. The implicit bias then excludes a lot of people who might not have the experience because the decks are stacked against them. So I think that the industry at large still has so much work to do.

What do you think is the legacy of “The Craft”?

It was seminal for so many people who didn’t feel represented, and who didn’t feel there was power in their marginalization. The original “Craft” became a rallying cry, that we are the weirdos, and that’s OK — better than OK.

The first film was very much about it [being] OK for young women to be villains, which I think is important. The way that we picked up where they left off, was about women finding their powers in community, rather than their powers becoming too overwhelming — which I think is too often the message about teenagers who get powers in media. That, especially young women, we don’t know what to do with it, and it becomes dangerous. I think that is very much an intentional message that has been given to us in order to diminish our power.

I don’t think that’s a message we need to be giving to young women anymore. I think the more power, the better. ‘Stardust’ Review: A Week With David Bowie, Unaccompanied by His Music 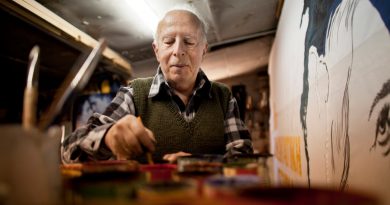 Vasilis Dimitriou, Keeper of a Fading Movie Art, Dies at 84