Made in 1988 but virtually unknown in the United States, “Damnation” is the movie with which the great Hungarian filmmaker Bela Tarr fully became “Bela Tarr.”

Aside from a mayfly run some 30 years ago at Anthology Film Archives in Manhattan, the movie has been all but invisible until this year’s New York Film Festival featured a restored version — now available for streaming from the Film Society of Lincoln Center.

“Damnation” owes something to Andrei Tarkovsky’s dank, majestic “Stalker” in its rapt attention to a despoiled landscape, etched on the screen with fastidious black-and-white cinematography, but it also established the parameters of the particular universe that Tarr, mordant where Tarkovsky is mystical, would explore in his subsequent features. Before “Damnation,” Tarr’s films were mainly clamorously claustrophobic kitchen-sink domestic dramas inspired by John Cassavetes. After teaming with Krasznahorkai, Tarr switched from histrionics to atmospherics. “Damnation” is something like a meteorological event.

The weather is gloriously damp, the town is voluptuously dreary. Stray dogs roam the muddy streets. The bunkerlike Titanik bar, where much of the action transpires, is thick with brandy fumes and cigarette smoke; the middle-aged woman who works the Titanik’s coat check has a propensity for apocalyptic pronouncements directed at the protagonist, Karrer (the prolific Miklos B. Szekely).

An unshaven, unprepossessing alcoholic, Karrer is hopelessly in love with an unnamed, married woman (Vali Kerekes) who sings at the Titanik. (The recurring phrase in her hypnotic performance is “it’s over.”) Witchy and ripe where Karrer is forlorn and scrawny, the enigmatic chanteuse alternates between giving herself to and rebuffing her self-abasing suitor. Too pure to seem tawdry, their affair has an undercurrent of myth and mock operatic grandeur. Rather than “Damnation,” the movie’s title might have been “Spellbound.”

Hapless hangdog Karrer is menaced by the singer’s imposing husband (Gyorgy Cserhalmi, an actor with the demeanor of a dissolute aristo, featured in a number of Miklos Jancso’s films). However, the husband needs money, and Karrer helpfully sets him up as the mule in the Titanik’s sleazy owner’s unspecified smuggling scheme. Betrayals follow as surely as the rain falls and the dogs bark.

“Damnation” was made during the last years of Hungarian communism. However repressive and disastrous the social order may have been, something that the movie intimates, the state-run film industry did have its triumphs. This relatively lavish, avant-garde exercise could never have been made in a market economy — it also sufficed to establish Tarr’s European reputation and his distinctive brand of visionary miserableness. 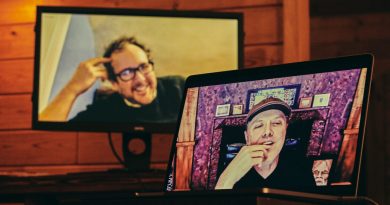 What Do Lars Ulrich and A.O. Scott Have in Common? A Lot, It Turns Out 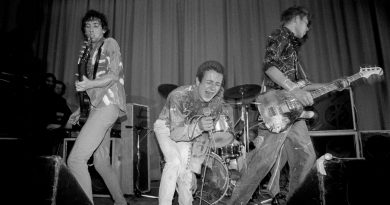 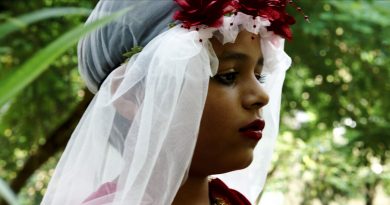