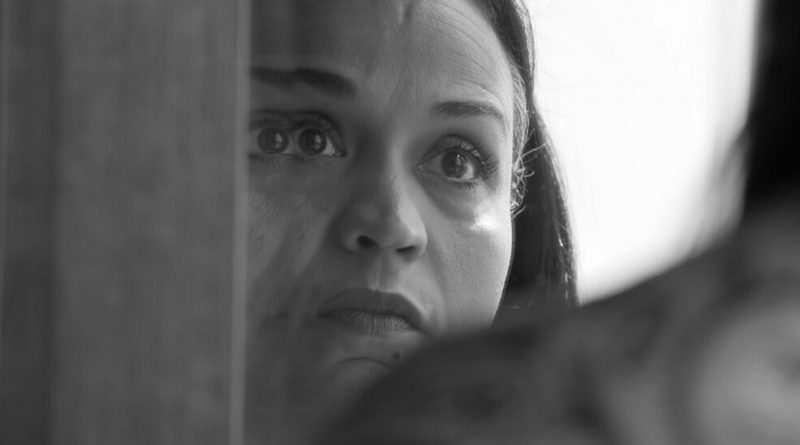 Substantive and stunning, the documentary “Time” delivers on the title’s promise of the monumental as well as the personal. In telling the story of Fox Rich’s fight to keep her family intact — raising six sons, making a living, doing activist work — while her husband, Rob, served a prison sentence of 60 years, the director Garrett Bradley depicts with rattling and tender regard America’s thorny gestalt of the individual thrown against the backdrop of systemic inequality.

In 1997, young marrieds Fox and Rob G. Rich — high school sweethearts — opened a hip-hop apparel business in Shreveport, La. They were brashly optimistic — and then they struggled. “What I remember more than anything was not wanting to fail, and we had become desperate,” Fox Rich says in one of the voice-overs that carry the film. “Desperate people do desperate things. It’s as simple as that.”

Rob and his younger cousin robbed a credit union. Fox was the getaway driver. They were caught. As ripe for rebuttal as her assessment may be, it doesn’t make Fox Rich any less compelling a protagonist. Once the twins Freedom and Justus were born, she went to prison; she served three and a half years. Rob Rich was sentenced to 60 years without the chance of parole or — at the time — any hope of sentencing mitigation.

In the sweep of Bradley’s epic vision, Fox Rich is both a Penelope and an Odysseus for America’s dark odyssey. Because this is her saga (not her husband’s), she is the steadfast mate and the heroic traveler, making her way through the chop and around the shoals of mass incarceration. That phrase, while apt, smudges the names of those lost within the very system it describes. “Time” makes Fox and her sons indelible.

“Time” doesn’t retry the Riches’ crime (although there is a scene between Fox Rich and her pastor that wrestles with the harm the robbery inflicted). Instead it focuses on the consequences of Rob’s harsh sentence. What did it take for Fox and her sons to avoid being torn apart by Rob’s absence? A worry was that the boys would probably be men — perhaps even fathers in their own right — long before his return.

The daughter of the painters Suzanne McClelland and Peter Bradley, Garrett Bradley has a taut and compassionate grasp of being Black in America that is realized through a deft layering of images and archival footage, sound and music. (She won the best director prize at the Sundance Film Festival this year; this feature was a co-production of The New York Times.)

In 2009, Fox Rich published her memoir, “The One That Got Away: A True Story of Personal Transformation.” She ran her own car dealership in New Orleans, where she moved her sons to be closer to the Louisiana State Penitentiary, also known as Angola, and has become a figure in the prison abolition movement. A deft montage of Rich’s many appearances — in churches, at colleges, in auditoriums — over the years gives a sense of her pull, but also her growth.

Rich is Bradley’s collaborator as much as subject, having provided years of the home-video footage that has been interwoven with sumptuous black-and-white images captured by Bradley and the cinematographers Zac Manuel, Justin Zweifach and Nisa East.

Bradley and the editor Gabriel Rhodes make nuanced use of Rich’s videos. Time doesn’t march on. It curls back. It nudges forward. Some video footage is charming — when the twins are asked about little Freedom’s student-of-the-month prize, or the kindergartner Remington boasts about being strong enough to carry his mom’s load. “Time” also wounds, often in those same moments. Moving between past and present mimics a cycle of hope and rebuff. Rich’s faith isn’t toothless; it requires tenacity. When she is on the phone with this judge’s assistant, that prison official’s gatekeeper, her voice is pleasant, information-seeking, seldom beseeching or embittered. Above all, the “ma’ams” are tactical.

Rich’s mother, known as Ms. Peggy, appears from time to time. An educator, she hoped for better and expected more from her daughter. “Right don’t come from doing wrong,” she says. But it isn’t all judgment. Ms. Peggy had more than a hand in helping raise the boys. We watch these sons — the twins in particular — grow into contemplative young men, who, by the way, seem to really like ironing. In a movie that demands your visual attention, one of the most revealing moments requires listening. It comes when, again in voice-over, Remington, Fox Rich and Justus talk about what “time is.”

If one judges a story of crushing absence by the ache of its homecoming, “Time” doesn’t disappoint. Nor does it end with a scene of “closure.” (How could it? So much lies ahead for Fox and Rob Rich, and their sons.) Instead the documentary rewinds through the archival footage to a kiss — before the time, before the crime. We could see this reversal as merely a gesture of hope. But consider the final moments of “Time” a different kind of restorative justice — one signaling a family’s reset while acknowledging so much that was lost.

Time
Rated PG-13 for some strong language. Running time: 1 hour 21 minutes. In theaters on Oct. 9 and streaming on Amazon on Oct 16. Please consult the guidelines outlined by the Centers for Disease Control and Prevention before watching movies inside theaters. 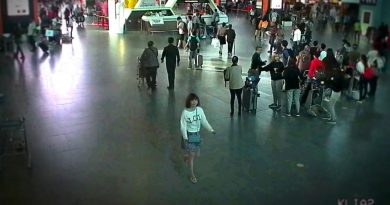 The Best Thanksgiving Movies to Stream