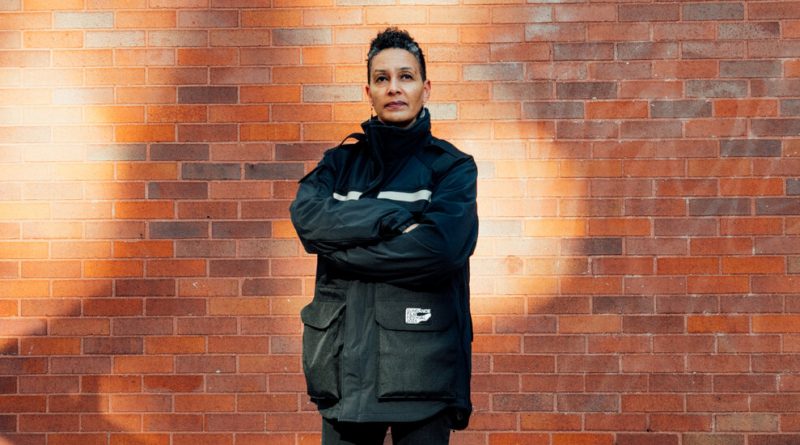 Shortly after Donald J. Trump’s inauguration in January 2017, Tabitha Jackson, then the director of the Sundance Institute’s Documentary Film Program, was hosting the annual opening reception for documentary filmmakers at the festival in Park City, Utah. The British Ms. Jackson, who is mixed race and gay, took the stage, knowing many in the audience were unsettled by what had happened and what was ahead.

She struggled to find the words to convey what people were feeling. Instead, in a reverse Samson moment, she asked the filmmaker Sandi DuBowski (“Trembling Before G-d”) to start chopping off her dreadlocks, which she had been growing for 20 years. The crowd went wild.

“It was a release of energy,” she said in a recent interview. “A nonverbal expression of something needing to change around me leading this program and around us as a community. A little warrior spirit and also a slight howl, since we didn’t know what was going to come.”

Ms. Jackson, 50, now finds herself as a leader in another moment of wider uncertainty. She took over as the director of the Sundance Film Festival in February, right before the pandemic truly took hold in the United States, and has spent the past year pivoting over and over again in order to get ready for the 37th edition of the independent cinema showcase.

Set to begin Thursday in a mostly virtual setting (in-person screenings will happen in some art-house theaters in 28 cities with lower virus numbers like Atlanta, Houston and Memphis), Sundance 2021 is a lofty experiment. It will allow those who have never been able to share in the snowy ski-town extravaganza — because of either cost or the remote location — to experience it for the first time. With screening times set for each film, and live question-and-answer sessions to follow, Ms. Jackson and her team are trying to recreate the unique energy of Sundance, which has been the premier destination of American independent film for close to four decades.

“It was initially depressing when we realized we couldn’t put on the festival in the way we had before,” Ms. Jackson said. “But as we began to plan, it became liberating when we thought, ‘Well, what can we do this year that we couldn’t do before?’”

The decision to not hold the festival in Utah was made in June. But the organization had to change direction yet again in December when rising coronavirus numbers in California prompted the cancellation of a large number of drive-in screenings that had been set for the Rose Bowl.

“It’s been a roller-coaster ride, but the rails that are keeping us stable and secure are our purpose around independent filmmaking,” Ms. Jackson said. “We know why we are doing this.”

Ms. Jackson joined Sundance in 2013, after spending more than 20 years in London working for the BBC and Channel 4 and producing works like Nick Cave’s “20,000 Days on Earth,” a quasi-documentary that purported to show a singular day in the indie musician’s life, one filled with invented events filmed at fictitious locations.

Those who know her often describe Ms. Jackson as curious, open and possessed of a quick wit. She is also committed to helping filmmakers.

“She could actually host one of the top late-night talk shows, she’s that funny and witty,” said Diane Weyermann, chief content officer at Participant and a former director of the Sundance documentary program. This year, Participant will debut two films at Sundance: the documentary “My Name Is Pauli Murray” about a nonbinary Black lawyer, activist and poet who influenced both Ruth Bader Ginsburg and Thurgood Marshall, and “Judas and the Black Messiah,” the Warner Bros. film that chronicles the story of Fred Hampton, the chairman of the Illinois Black Panther Party.

The documentarian Davis Guggenheim (“An Inconvenient Truth”) is bringing three films to the festival with his Concordia Studio. He said Ms. Jackson was bringing welcome change to an institution that had not evolved much over the decades.

When she took over the documentary program, Ms. Jackson recognized that she did not want the genre to become “the preserve of the elite,” open only to those who could spend years raising money and making films.

In 2015, Ms. Jackson conducted a question-and-answer session with the first-time filmmaker Nanfu Wang in front of a slew of investors. Ms. Wang was looking for funds to complete her film “Hooligan Sparrow,” which follows activists protesting the case of six elementary-school girls who were sexually abused by their principal in China. Ms. Wang had been forced to film surreptitiously and smuggle the footage out of the country in order to complete the movie.

Normally, filmmakers have a producer on hand to address the financial needs of their project, but since Ms. Wang didn’t have one, Ms. Jackson led the Q. and A. in order to introduce her to the proper financiers. The discussion led to her receiving the funds she needed to finish the work. Ms. Wang will debut her fourth feature documentary, “In the Same Breath,” which tracks the spread of Covid-19 from Wuhan, China, to the United States, at this year’s festival.

“Tabitha speaks like a philosopher,” Ms. Wang said. “I felt like she saw me, not only because I was making this film about the Chinese human rights activists, but she cared as much about my background and how I became who I am today.”

That ethos to try to give voice to those not always permitted to participate is personal to Ms. Jackson. A mixed-race girl adopted by white parents who later divorced, Ms. Jackson was raised in a village in rural England and learned to move between groups.

“I’ve come to enjoy inhabiting the edge of things, the in-between space,” she said upon receiving an industry award in 2018. “What began as a survival mechanism is now my most comfortable place.”

The programming of this year’s truncated seven-day festival illustrates those in-between places. With 72 features, down from the usual 120, Sundance will highlight movies from a diverse group of creators: 50 percent are female directors, 51 percent are filmmakers of color, 15 percent are directors who identify as L.G.B.T.Q., and 4 percent are nonbinary.

The opening-night film comes from Ahmir Thompson, the Roots drummer known as Questlove. Titled “Summer of Soul (… Or, When the Revolution Could Not Be Televised),” it is a documentary that tracks the 1969 Harlem Cultural Festival, an event held to celebrate African-American music that happened the same summer as Woodstock.

Ms. Jackson said she and her team, led by the director of programming, Kim Yutani, had to re-pitch the festival to many creators who were wary that the virtual environment wouldn’t be a great way to debut their work. One person they didn’t have to convince was the producer Nina Yang Bongiovi, who with her partner Forest Whitaker has had movies in competition at Sundance five out of the last seven years.

They will be there this year with “Passing,” from the actress-turned-first-time-director Rebecca Hall. The film, set in 1920 and starring Tessa Thompson and Ruth Negga, tracks the story of two African-American women who can “pass” as white.

“When I looked at the screen and saw Tabitha and Kim — two inclusive, diverse women — telling me and my team that our film is loved and embraced and to please come be a part of this, that meant a lot,” Ms. Yang Bongiovi said of the Zoom call when the film was accepted.

Despite the challenges of the past year, there have been some benefits. Ms. Jackson has been able to quarantine for most of the time in Connecticut with the documentary filmmaker Kirsten Johnson (“Dick Johnson Is Dead”), whom she married last year at Sundance, on the first day of the festival. They recently bought a home with the filmmaker Ira Sachs and the artist Boris Torres, who co-parent Ms. Johnson’s 9-year old twins.

That has given Ms. Johnson a ringside seat to Ms. Jackson’s process.

“What’s interesting about Tabitha is she has so many perspectives given where she comes from and what her life is,” Ms. Johnson said. “She is endlessly curious about the permutations of racism around the world and the ways we struggle with identity. I think there is a real sense of how do we keep pushing for this new landscape and not be blinded by simple solutions.” 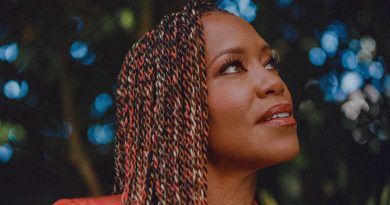 Regina King on ‘One Night in Miami’ and Her Art 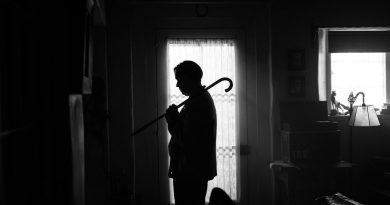 ‘Mank’ and More Movies With Screenwriters as Main Characters 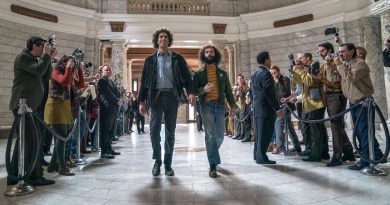 The Chicago 7 Trial Onscreen: An Interpretation for Every Era