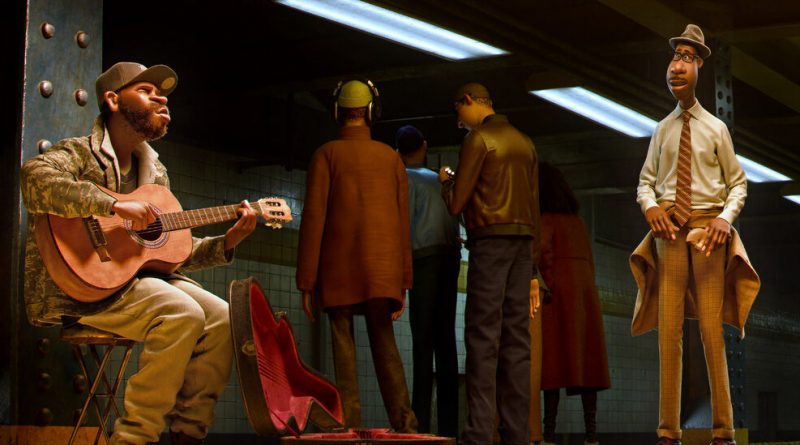 Joe, a jazzman like his late father, is at a crossroads. No longer young — though we don’t know exactly how old — he makes a living teaching music to middle-schoolers while chasing after gigs. His mother (Phylicia Rashad) worries about his prospects. A full-time job offer and a chance to sit in with a band led by an A-list saxophonist (Angela Bassett) arrive on the same day, which also turns out to be the last day of Joe’s life.

Sort of. The sheer inventiveness of “Soul” makes it impossible to spoil, but because it’s dedicated to surprise, to the improvisational qualities of existence, I want to tread lightly. Suffice it to say that Joe finds himself suddenly transported from Manhattan to a limbo where he meets a rebellious soul known as 22, who speaks in the voice of Tina Fey.

Not yet assigned to a definite human form, 22 has chosen that voice for its annoying qualities, and she has spent much of eternity driving everyone crazy — except for the Jerrys, who possess infinite patience (and speak in the soothing tones of Wes Studi, Alice Braga and Richard Ayoade). There’s also someone called Terry (Rachel House), the resident bean counter, who is a pricklier character, and as much of a villain as this gentle, melancholy fantasy needs.

Anyway, 22 doesn’t see the point of going down to Earth to take up residence in a body. Joe is desperate to get back into his, and their conflicting, complementary desires send them back to Earth in a switched-identity caper. Each one is the other’s wacky sidekick, and each teaches the other some valuable lessons.

The didacticism of the movie is sincere, not unwelcome, and inseparable from its artistry. Jazz, far from being incidental to “Soul,” is integral to its argument about how beauty is created, sustained and appreciated — and to its grounding of a specifically Black experience in New York.

Joe’s playing is energetic and serene, and it carries him into a zone that is wittily literalized as an area between Earth and the spirit world. (Other visitors to this liminal region include a street-corner mystic named Moonwind, voiced by Graham Norton.) Jon Batiste’s lovely jazz compositions take turns with Trent Reznor and Atticus Ross’s subtle, cerebral score, building a sonic bridge between the sensual and the abstract, the physical and the metaphysical. 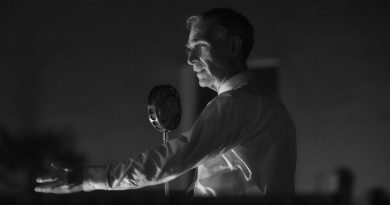 ‘Mank’ and Politics: What Really Happened in 1934 California ‘Father of the Bride,’ the Pandemic and Me