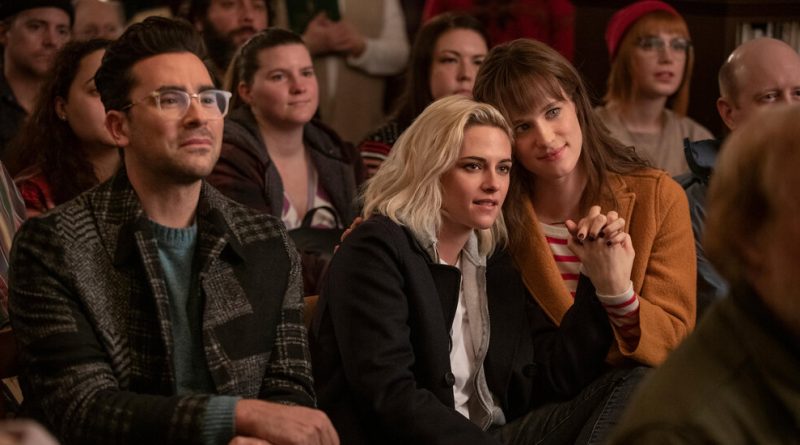 Will the adorable couple adopt a baby in time to celebrate Christmas with Mom and Dad and the neighborhood kids? Sounds like a delightful holiday TV movie. But this is disruptive 2020, so here’s the thing: the couple are Brandon and Jake and the channel is Hallmark.

“The Christmas House” is one of six new original holiday films released since November with something rare: main characters in same-sex relationships. Others include Hulu’s “Happiest Season,” a lesbian coming-out comedy starring Kristen Stewart; “The Christmas Setup,” a Lifetime rom-com debuting Saturday and starring the real-life husbands Ben Lewis and Blake Lee; and “Dashing in December,” a drama starting Sunday on the Paramount Network about two men who fall in love on a ranch.

More under the radar but still noteworthy are two indies: “A New York Christmas Wedding,” a drama on Netflix about a woman who has relationships with both a man and a woman, and the scrappy on-demand “I Hate New Year’s” (for rent on major platforms), a lesbian romance set on New Year’s Eve in Nashville.

L.G.B.T.Q. characters aren’t new to holiday movies, and six films may not sound like a revolution. But so many leading queer love stories — and same-sex kisses! — is a sea change for Christmas cinema, a conventionally heterosexual universe with more stories about puppies than gay people.

“It’s the start of something bigger,” said Clea DuVall, the director and co-writer of “Happiest Season.” She added, “Networks and streamers are starting to see the value in telling these stories that have always been there but were not given the platform to get out to wider audiences.”

According to Hulu, “Happiest Season” is the first holiday rom-com about a same-sex couple from a major Hollywood studio. Nicole Brown, the president of TriStar Pictures, which sold “Happiest Season” to Hulu in October, called the queering of the Christmas picture “very organic.” So what took so long?

“Film has always been under the assumption that the safest kind of characters are the way to go,” Brown said. “Our studio felt confident that the script and Clea’s vision and her ambition were aligned to make a commercial story, and that the quality of her storytelling would bring everybody in. When something’s great, it’s great.”

This shift is most seismic for Hallmark, which has become shorthand for “holiday movie.” “The Christmas House” is one of 40 new holiday films released this year on the Hallmark Channel and its sister network Hallmark Movies & Mysteries, the leaders in the holiday moviemaking machine. What’s most striking about “The Christmas House” is that Brandon and Jake, played by Jonathan Bennett and Brad Harder, are unconditionally accepted as part of the family.

L.G.B.T.Q. people “work on a lot of these Christmas movies,” said Bennett, who is gay but has played straight in Hallmark films before. “For the first time we feel we belong at the holiday table.”

Last December, the Hallmark Channel faced a firestorm when it pulled four television ads with kissing brides after a conservative group petitioned the network to “reconsider airing commercials with same-sex couples” and to refrain from adding L.G.B.T.Q. movies to its schedule. Days later, Hallmark apologized for removing the commercials, and said it would work with GLAAD, the media advocacy organization, “to better represent the L.G.B.T.Q. community.”

Michelle Vicary, executive vice president of programming and network publicity at Crown Media Family Networks, the parent company of the Hallmark Channel, said in an interview that her chief goal this year was to make “a bigger holiday table where people can see themselves on TV.” In 2021, Hallmark “will be moving forward, not backward,” she said, with more L.G.B.T.Q. tales at Christmas and during the year.

“We are really focused on continuing our commitment to the authenticity in our storytelling for all of our characters, and making sure that everyone can see themselves represented on Hallmark services,” she said. “It’s the right thing to do.”

Lifetime, Hallmark’s biggest Christmas competitor, has featured original holiday films with L.G.B.T.Q. characters in supporting roles and story lines before; last year for the first time it ran one with a same-sex kiss. But “The Christmas Setup” — one of 34 new holiday movies on Lifetime this year — breaks ground as the channel’s first such film with an L.G.B.T.Q. romance front and center.

Tanya Lopez, Lifetime’s executive vice president of movies, limited series and original movie acquisitions, said having gay leading characters in a film was “an incredible positive.” But the real breakthrough?

“Remember when we would lower our voices and say a movie has a very special holiday twist?” she whispered. “We’re not doing a very special kind of Christmas.” Gay characters “being treated normal in storytelling is what feels fresh,” she added, “and that’s the norm I want to create.”

Holiday TV movies generally follow a formula — a young city gal unexpectedly finds love with a small-town handyman or prince in disguise. Viewers show no signs of fatigue with that basic plot, and it’s a pretty white world. But while racial diversity has become more prevalent in the genre, if only a little, queer representation has not kept pace with even that minimal progress.

“These movies are fantasies where the real world doesn’t exist,” said Wilson, who also runs the blog ChristmasTVHistory.com. “Families don’t worry about different political viewpoints or health care. These are very cautious, conservative stories to begin with. But changes are coming, and that matters.”

Wilson traces the holiday TV bonanza to ABC’s “Carol for Another Christmas,” a 20th-century “Christmas Carol” written by Rod Serling and broadcast in 1964. Original holiday films blossomed on the networks in the ’70s and ’80s, and in the ’90s, cable TV first marketed them as niche programming, Wilson said. This year, there are an estimated 115 new holiday movies on cable and major streaming platforms, including original films on Fox Nation, the Fox News streaming service.

If ratings are an indication, the move toward L.G.B.T.Q. story lines isn’t a fluke. Hallmark said “The Christmas House” attracted over two million total viewers in its premiere last month. “Happiest Season” got the biggest audience for any Hulu original film in its opening weekend, according to Hulu.

Complaints remain. One Million Moms, the conservative group that took credit for Hallmark’s decision to pull ads last year, is boycotting the company. Some L.G.B.T.Q. advocates are dissatisfied that the husbands in “The Christmas House” take more of a back seat to the film’s straight romance. There’s also disappointment that trans characters and actors are scarce.

But for holiday movie fans like Kevin A. Barry, a higher education administrator in West Hollywood, Calif., there’s joy in knowing the days are numbered for watching only straight people smooch under a snow-coated gazebo.

“We’ve always had to fight for love,” Barry said. “These movies remind us that love always wins.” 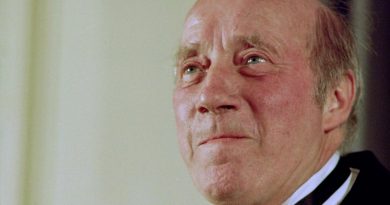 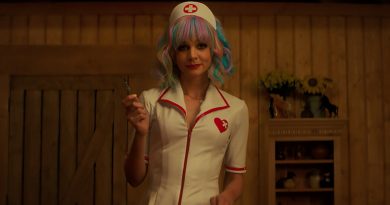 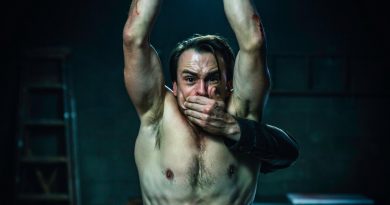 ‘Bloody Hell’ Review: An Acrid Thriller Bites Off Too Much