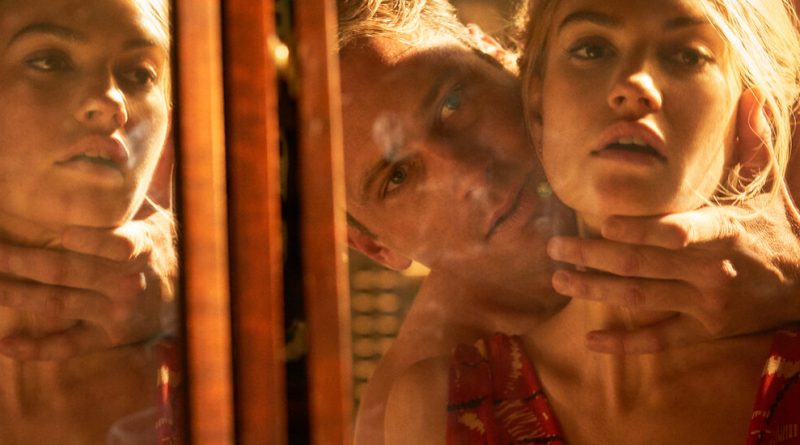 Who thought this was a good idea?

I mean, look: I’m not against something on Netflix that features Armie Hammer in a perfectly cut margarine-colored three-piece suit, and Lily James in a succession of ostensibly “plain” but objectively adorable frocks and blouse-and-trouser ensembles. If the two of them decide to go for a spin on the Monte Carlo corniche road in a sleek convertible and smooch on a beach, so much the better. I’m not made of stone.

But “Rebecca,” directed by Ben Wheatley from a screenplay by Jane Goldman, Joe Shrapnel and Anna Waterhouse, is a flimsy cardboard box full of nothing. It’s pleasing to look at, thanks to the labors of the production and costumer designers, Sarah Greenwood and Julian Day, and the eye of the cinematographer, Laurie Rose. But the opulent interiors, plush colors and period-perfect clothes (it’s 1935, but without the Depression) express no feeling and convey no fascination. If you want real estate titillation — either of the Mediterranean grand hotel or the English country house variety — you’d do better on Zillow. For vintage clothes, maybe Etsy? And if you’re in the mood for brooding psychological drama, well of course there’s always Zoom.

It doesn’t help that Daphne du Maurier’s best-selling novel was made into a movie before, in 1940. That one was directed by Alfred Hitchcock and won an Oscar for best picture (the only one Hitch ever snagged). Is it cruel of me to mention that back then Laurence Olivier played Maxim de Winter, the troubled rich guy here assigned to Hammer? None of that really matters, because this “Rebecca” can’t really suffer in comparison to its predecessor. To suffer it would need nerves, a pulse, a conscience, or at least some idea of its reason for being.

Instead, a story about class, desire, obsession and the unreliability of stories turns into a series of encounters between people who interact without quite enough of the atmospheric touches or sinister implications that would keep things interesting. First there is James’s character — whose name is never uttered — and her snobby, nasty employer (Ann Dowd). Our heroine works as a “lady’s companion,” sneeringly referred to as “staff” by an obnoxious maître d’ and mercilessly mocked by the lady and her friends. Nonetheless, the young woman catches Maxim’s eye, amuses him with her mousy naïveté and in due course becomes Mrs. de Winter.

The second of those, she soon finds out. Arriving at Manderley, Maxim’s ancestral pile, the new bride discovers that the place is something of a shrine to her predecessor, whose name was Rebecca. She had dark hair, and the kind of charisma that the blond, mousy second Mrs. de Winter can’t hope to match. Rebecca’s monogram and signature are everywhere, and she is held up as a paragon of beauty, bravery and high spirits.

Especially by the housekeeper, Mrs. Danvers (Kristin Scott Thomas), who terrifies her new boss and is the only interesting person in the movie, with the possible exception of the invisible title character. The movie fails to live up to either of them, or to Thomas’s seething, dignified performance.

Du Maurier’s plot is a fine piece of gothic machinery, full of suspense and foreboding and subtextual kink. None of that seems to work in Wheatley’s hands. Instead of fusing melodrama, mystery and upstairs-downstairs tensions, the movie gestures toward meanings it lacks the wit to explore. There is nothing seductive, unnerving or even especially interesting to occupy your mind while you’re looking at the clothes. I suppose an attempt has been made to rework some of the narrative’s themes to bring it into line with contemporary sensibilities. Or something. To call this “Rebecca” an update would be misleading. It’s just a mistake. 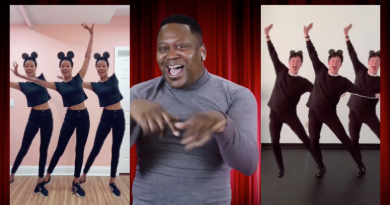 ‘Ratatouille,’ the Musical: How This TikTok Creation Came Together

Halloween’s Not Canceled: Here’s How to Make It Spooky but Safe Eddie Hassell, Actor in ‘The Kids Are All Right,’ Dies at 30