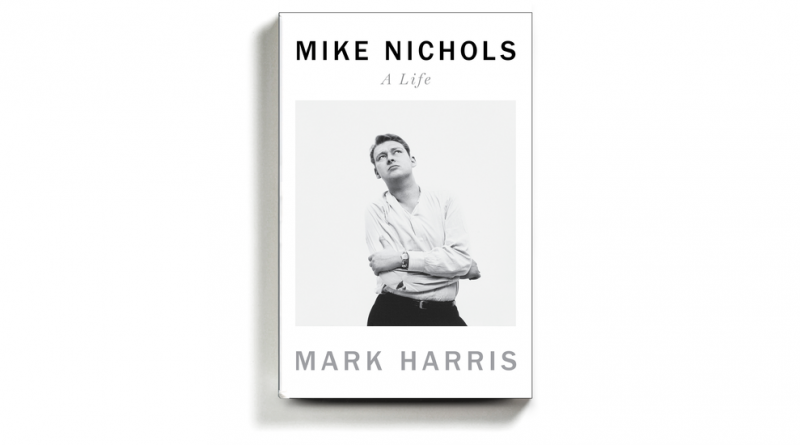 When the writer and director Mike Nichols was young, he had an allergic reaction to a whooping cough vaccine. The result was a complete and lifelong inability to grow hair. One way to read Mark Harris’s crisp new biography, “Mike Nichols: A Life,” is as a tender comedy about a man and his wigs.

He got his first set (hair, eyebrows) before he went to college. It was dismal. Nichols attended the University of Chicago, where Susan Sontag was also a student. One reason they didn’t date, Harris writes, is that “she was thrown off by his wig.”

Nichols moved to Manhattan to make it as a comedian. A friend said that she would enter his tiny apartment and “the smell of acetone” — wig-glue remover — “would just hit you in the face.”

Nichols found fame in his mid-20s. His improvisational comedy routines with Elaine May, whom he’d met in Chicago, were fresh and irresistible. They took their act to Broadway in 1960, where Nichols met Richard Burton. Through Burton, he would get to know Elizabeth Taylor.

On the set of “Cleopatra,” Taylor asked the production’s hairstyle designer, “Do you do personal wigs? Because I have a dear friend who’s a comic in New York, and he wears one of the worst wigs I’ve ever seen.” Before long, Nichols’s toupees were unrivaled.

“It takes me three hours every morning to become Mike Nichols,” he told the actor George Segal. He had a sense of humor about it all. He would tell how his son, Max, crawled into bed beside him and, seeing only the back of his head, screamed, “Where’s Daddy’s face?”

I’ve gone on too long about hair and the lack of it. But growing up bald was, Nichols’s brother said, “the defining aspect of his childhood.”

Nichols’s gift as a director was his ability to locate and lightly tug on the details that make a character. If he’d made a movie of his own life, the wig scenes would have been superb — satirical and melancholy. He might have set a bathroom-mirror montage to the Beatles’ early cover of “Lend Me Your Comb.”

His awkwardness made him watchful. He became a student of human behavior. When he finally got the chance to direct, it was as if he’d been preparing to do so his entire life.

Nichols’s first two films were “Who’s Afraid of Virginia Woolf?” and “The Graduate” — the first furious, daring and adult, the second zeitgeist-defining. He directed four consecutive hit plays at nearly the same moment. Oscars, Tony Awards and a landslide of wealth followed.

He made up for his time as an outsider with a vengeance. He collected Arabian horses and Picassos and began friendships with Jacqueline Kennedy, Leonard Bernstein and Richard Avedon. He was a cocky princeling who became a master of what Kenneth Clark liked to call the “swimgloat,” a way of moving through elite society as if on a barge made of silver and silk.

Nichols was born Michael Igor Peschkowsky (or Igor Michael, it’s unclear) in Berlin in 1931. His father, a doctor, was a Russian Jew who changed the family name to Nichols after the family emigrated to the United States in the late 1930s. The family had some money, and Nichols’s father’s patients in New York included the pianist Vladimir Horowitz. Nichols attended good schools in Manhattan, including Dalton.

At the University of Chicago he became an omnivorous reader and watcher of films. His wit was withering; people were terrified of him. May’s wit was even more devastating. They were made for each other. They were never really a romantic couple, Harris writes, though early on they may have slept together once or twice.

Harris is the author of two previous books, “Pictures at a Revolution: Five Movies and the Birth of the New Hollywood” and “Five Came Back: A Story of Hollywood and the Second World War.” He’s also a longtime entertainment reporter with a gift for scene-setting.

He’s at his best in “Mike Nichols: A Life” when he takes you inside a production. His chapters on the making of three films in particular — “The Graduate,” “Silkwood” and “Angels in America” — are miraculous: shrewd, tight, intimate and funny. You sense he could turn each one into a book.

Nichols was an actor’s director. He was avuncular, a charmer, wide in his human sympathies. He tried to find what an actor needed and to provide it. He could place a well-buffed fingernail on a tick that wanted to be a tock. But he had a steely side.

He fired Gene Hackman during week one on “The Graduate.” Hackman was playing Mr. Robinson and it wasn’t working, in part because, at 37, he looked too young for the role.

Sacrificing someone early could be a motivator for the remaining cast, he learned. He fired Mandy Patinkin early in the filming of “Heartburn,” and brought in Jack Nicholson to play Meryl Streep’s faithless husband.

One reason the chapter on Nichols’s film of Tony Kushner’s play “Angels in America” is so rich is that Harris, who is married to Kushner, had access to the playwright’s diary.

Nichols turned to projects like “Angels in America” to shore up his serious side. But in everything he did, he found the funny. He knew instinctively that tragedy appeals mainly to the emotions while comedy taps the mind.

Nichols presided over a lot of muck, expensive flops like “The Day of the Dolphin,” with George C. Scott; “The Fortune,” with Nicholson and Warren Beatty; and “What Planet Are You From?” with Garry Shandling. Reading Harris’s accounts of making these films is like watching a cook strain his stock down the disposal.

Nichols’s Broadway flops included a production of “Waiting for Godot” with Steve Martin and Robin Williams. His failures rattled him. He battled depression (one of his vanity license plates read “ANOMIE”) and had suicidal urges after being placed on Halcion, a benzodiazepine. He had, Harris writes, “an almost punitive need to prove his detractors wrong.”

He had a manic side. He snorted his share of cocaine and, for a while in the 1980s, used crack. You imagine him on the latter, racing back and forth from film set to Broadway as if through a set of constantly swinging cat doors.

Harris details his subject’s many collaborations with Streep, and with Nora Ephron. Nichols was married four times. His final marriage, to Diane Sawyer, was the one that lasted.

Nichols was a hard man to get to know, and I’m not sure we understand him much better at the end of “Mike Nichols: A Life.” He was a man in perpetual motion, and Harris chases him with patience, clarity and care. 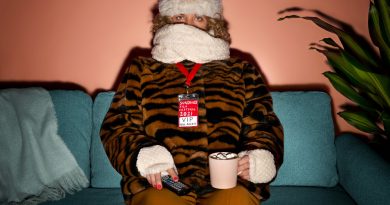 Sundance 2021 Guide: Bundle Up and Settle in on Your Sofa 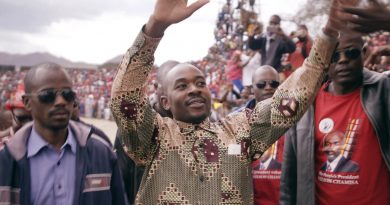