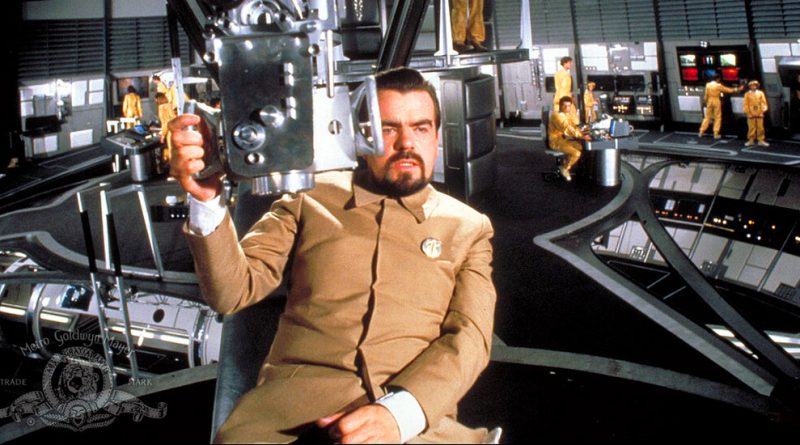 Michael Lonsdale, a versatile veteran of French cinema who was known abroad for his villains and antiheroes, including the sad-eyed and subtly psychotic Hugo Drax in the James Bond film “Moonraker” and the mysterious intelligence broker in Steven Spielberg’s “Munich,” died on Monday at his home in Paris. He was 89.

The death was confirmed by Olivier Loiseau, his longtime agent.

Over his long career, Mr. Lonsdale appeared in nearly 200 films and worked with a Who’s Who of directors, including Mr. Spielberg, François Truffaut, Orson Welles, Luis Buñuel, Jean-Jacques Annaud, and James Ivory, for whom he appeared as Dupont d’Ivry, a French diplomat, in “The Remains of the Day” (1993).

“He was as much a presence as an actor,” J. Hoberman, the American film critic, said in a phone interview, “a big hulking man, sometimes bearded, whose movements and voice were distinctively delicate.”

That incongruity was his calling card (as were his paintbrush eyebrows).

In the avant-garde films that he loved, most notably Marguerite Duras’s “India Song” (1975), a gorgeously soapy tragedy that is a touchstone of the era’s European art cinema, Mr. Lonsdale’s shambling presence was a kind of ballast. He played a heartbroken vice consul in thrall to the adulterous wife of an ambassador, played by the equally compelling Delphine Seyrig.

“I think it’s his greatest film,” Mr. Hoberman said. “It’s a very minimal incantatory movie — there’s not much action, and yet he really holds the screen.”

In a Twitter post, the film critic Richard Brody, a contributor to The New Yorker, called Mr. Lonsdale “the secret agent of cinematic modernity.”

Le Monde described him as “an actor from elsewhere who seemed to embody the human condition by looking in from the outside.”

Joan Dupont, a Paris-based film critic and a contributing editor at Film Quarterly, said in an email that Mr. Lonsdale was particularly devoted to Ms. Duras, with whom he made three movies.

“He was Duras’s bulky leading man and trusted friend, famous for his deep thrilling voice, the voice of a man in pain, an unrequited lover,” Ms. Dupont wrote. “The morning after Duras died, I saw Lonsdale pacing in front of her apartment on the Rue Saint-Benoît, this magnificent colossus, lost, with a bouquet that looked wilted by grief.”

Mr. Lonsdale’s heart was in European cinema, the more experimental the better, but he did indulge his agent every once in a while by accepting a more commercial part.

Mr. Loiseau said that Mr. Lonsdale at first rebuffed an appeal to play Rachel Weisz’s father in “Agora,” a 2009 Spanish drama set in ancient Egypt directed by Alejandro Amenabar. “‘It’s what I hate,’” Mr. Loiseau recalled him saying. “‘Two hours of makeup, it’s going to be very hot, and in the end it’s just CNN in the fourth century, war all the time.’”

Mr. Amenabar had to fly to Paris to woo Mr. Lonsdale. He relented because he thought the script was smart — and because, Mr. Loiseau said, “As an agent I had to be a little greedy on his behalf.”

In 2012, Mr. Lonsdale was asked by a James Bond fan site if he had thought that his career might suffer if he accepted the role of Hugo Drax in “Moonraker” (1979), the 11th film in the series. “On the contrary,” he said. “Because I made so many films that were not really very popular or didn’t make much money, and I only made poor films, so I thought I might like to be in a rich film.”

“Moonraker” was a gift that just kept giving, for better or worse. Fans over the decades sent Mr. Lonsdale photos of him in the movie, hoping for an autograph, which he never gave. But when PlayStation added “Moonraker” to its 007 Legends game series, and asked Mr. Lonsdale to record the deep voice of his villainous character, he agreed.

When he arrived at the studio, Mr. Loiseau recalled, a young Californian producer “behaved as if God was coming for a visit.”

In 2012, Mr. Lonsdale won a César Award, the French equivalent of the Oscar, for his role as a monk in “Of Gods and Men,” a film by the French director Xavier Beauvois set in war-torn Algeria in the 1990s about the real-life capture and murder of an order of monks by Muslim fundamentalists.

In a startling and moving scene, Mr. Lonsdale’s character explains his idea of love to a teenage girl in vivid secular terms — as attraction and as a life force. It was pure improvisation, Mr. Loiseau said.

“He was really a pure soul,” Mr. Loiseau added, “solitary, but very humanistic.”

Mr. Lonsdale was born on May 24, 1931, in Paris. His father, Edward Lonsdale-Crouch, was an officer in the British Army. His mother, Simone (Beraud) Lonsdale, was Irish and French.

He grew up on Jersey, in the Channel Islands, where his parents ran a hotel, before moving to London and then, in 1939, to Morocco, when his father took a job with a fertilizer company.

After the French fleet was attacked by the British in Algeria the next year, Michael’s father was jailed by the Vichy authorities for suspected treason. When the Allies landed in North Africa in late 1942, he was released, much diminished. It was his father’s suffering that Mr. Lonsdale reached for when he played the vice consul in “India Song.”

In 1947, Mr. Lonsdale and his mother, who had divorced his father and remarried, returned to Paris, eventually moving into a large, airy apartment left them by his grandfather behind the Hotel des Invalides in the Seventh Arrondissement.

Mr. Lonsdale would remain in the apartment until his death. His last role, as a rueful, weary Edgar Degas at the end of his life in the French short film “Degas et Moi” (2019), was filmed there. ‘Let Him Go’ Review: From Grief to Terror 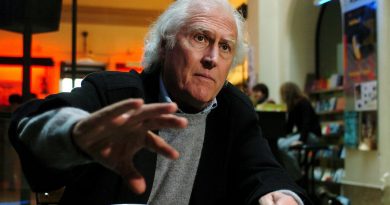 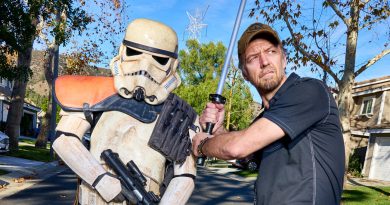