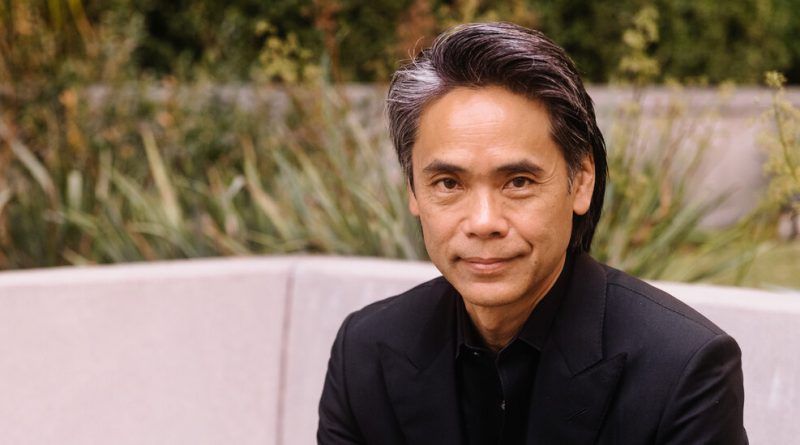 LOS ANGELES — Walter Hamada is not a typical superhero wrangler.

He doesn’t have a booming, fanboy-in-chief personality. His modest home office, at least as it appears on Zoom, is light on the usual cape-and-cowl collectibles. Hollywood was not even his first calling: He set out to be a mechanical engineer.

As the president of DC Films, however, Mr. Hamada, 52, manages the movie careers of Wonder Woman, Batman, Cyborg, the Flash, Superman and every other DC Comics superhero. And the new course he has charted for them is dizzying.

The most expensive DC movies (up to four a year, starting in 2022) are designed for release in theaters, Mr. Hamada said. Additional superhero films (two annually is the goal, perhaps focused on riskier characters like Batgirl and Static Shock) will arrive exclusively on HBO Max, the fledgling streaming service owned by WarnerMedia.

In addition, DC Films, which is part of Warner Bros., will work with filmmakers to develop movie offshoots — TV series that will run on HBO Max and interconnect with their big-screen endeavors.

“With every movie that we’re looking at now, we are thinking, ‘What’s the potential Max spinoff?’” Mr. Hamada said.

If you thought there was a glut of superheroes before, just wait.

To make all the story lines work, DC Films will introduce movie audiences to a comics concept known as the multiverse: parallel worlds where different versions of the same character exist simultaneously. Coming up, for instance, Warner Bros. will have two different film sagas involving Batman — played by two different actors — running at the same time.

The complicated plan involves a sharp increase in production. Last year, Warner Bros. made two live-action superhero movies, “Joker” and “Shazam!” In 2018, there was only “Aquaman.” All three were smash hits, underscoring the financial opportunity of making more.

For various reasons, including creative misfires and management turnover at DC Films (Mr. Hamada took over in 2018), Warner Bros. has badly trailed Disney-owned Marvel at the box office. Over the last decade, Warner Bros. has generated $8 billion in worldwide superhero ticket sales, including $36 million from “Wonder Woman 1984” over the weekend; Marvel has taken in $20.6 billion.

Suffice it to say, Warner Bros., which invented the big-budget superhero movie in 1978 with “Superman,” has been under pressure to get its act together.

Disney has succeeded in part because its divisions collaborate in a way that siloed Warner Bros. never has. But that is changing. AT&T mandated greater cross-company synergy when it took over WarnerMedia in 2018.

“In the past, we were so secretive,” Mr. Hamada said. “It was shocking to me, for example, how few people at the company were actually allowed to read scripts for the movies we are making.”

More than ever, studios are leaning on pre-established characters and brands — especially if their corporate parents are building streaming services. HBO Max has 12.6 million subscriber activations. Netflix has 195 million. How do you delight Wall Street and quickly close the gap? You start by putting your superheroes to work.

This month, Disney announced 100 new movies and shows for the next few years, most of them headed directly to its Disney+ streaming service, which has 87 million subscribers. Marvel is chipping in 11 films and 11 television shows, including “WandaVision,” which arrives on Jan. 15 and finds Elizabeth Olsen reprising her Scarlet Witch role from the “Avengers” franchise.

Warner Bros. has at least as many comics-based movies in various stages of gestation, including a “Suicide Squad” sequel; “The Batman,” in which Robert Pattinson (“Twilight”) plays the Caped Crusader; and “Black Adam,” starring Dwayne Johnson as the villainous title character.

Television spinoffs from “The Batman” and “The Suicide Squad” are headed to HBO Max. WarnerMedia’s traditional television division has roughly 25 additional live-action and animated superhero shows, including “Superman & Lois,” which arrives on the CW network in February.

Sony Pictures Entertainment has its own superhero slate, with at least two more “Spider-Man” movies in the works; “Morbius,” starring Jared Leto as a pseudo-vampire; and a sequel to “Venom,” which cost $100 million to make in 2018 and collected $856 million worldwide. Sony also has a suite of superhero TV shows headed for Amazon Prime Video.

And don’t forget Valiant Entertainment, which is turning comics properties such as “Harbinger,” about superpowered teenagers, into movies with partners like Paramount Pictures.

Superheroes have long been Hollywood’s most reliable moneymakers, especially when sales of related merchandise are included. (Wonder Woman tiara for cats, on sale for $59.50.) But how much speeding spandex and computer-generated visual effects can audiences take?

More than you think, said David A. Gross, who runs Franchise Entertainment Research, a film consultancy. “If the stories are well written and the production values are strong,” he said, “then there will be little sign of fatigue.”

Perhaps the biggest challenge facing Warner Bros. involves the recent prioritization of HBO Max. “The risk is, will watching these movies first on television degrade the entertainment experience, and later the value,” Mr. Gross said. “For an individual movie, there is no more profitable business model than a successful theatrical release — creating the biggest pop culture event possible. It’s the locomotive that pulls the entire train: merchandise, theme park licensing, other income.”

On Friday, Warner Bros. released “Wonder Woman 1984” in North America, where it collected $16.7 million. Citing the coronavirus pandemic (only 39 percent of cinemas in the United States are open), the studio simultaneously distributed the film in theaters and on HBO Max. Warner Bros. will release its entire 2021 slate in the same hybrid fashion.

WarnerMedia provided only vague information about the sequel’s performance on HBO Max, saying in a news release that “millions” of subscribers watched it on Friday. Andy Forssell, WarnerMedia’s direct-to-consumer general manager, said the movie “exceeded our expectations across all of our key viewing and subscriber metrics.”

So far, “Wonder Woman 1984” has collected $85 million worldwide, with $68.3 million coming from cinemas overseas, where HBO Max does not yet exist. The film, starring Gal Gadot and directed by Patty Jenkins, cost at least $200 million to make and an estimated $100 million to market worldwide. It received much weaker reviews than its series predecessor.

Toby Emmerich, president of the Warner Bros. Pictures Group, said on Sunday that he had “fast-tracked” a third Wonder Woman movie. “Our real life Wonder Women — Gal and Patty — will return to conclude the long-planned theatrical trilogy,” Mr. Emmerich said.

Mr. Hamada rose to power through New Line, a Warner Bros. division that mostly makes midbudget horror films and comedies. Among other achievements, he worked with the filmmaker James Wan and others to build “The Conjuring” (2013) into a six-film “world” with $1.8 billion in global ticket sales. (“The Conjuring: The Devil Made Me Do It” arrives in June.)

“A lot of times in studio meetings, executives just repeat buzzwords, and it becomes a joke,” Mr. Wan said. “Walt always brings something constructive, useful and important to the table. He talks to me in a language that I understand.”

When Mr. Hamada arrived at DC Films in 2018, the division was in urgent need of stability.

Two terrifyingly expensive movies, “Batman v Superman: Dawn of Justice” (2016) and “Justice League” (2017), both directed by Zack Snyder, were deemed almost unwatchable by critics. Ben Affleck, who played Batman in the films, wanted to move on, complicating sequel plans. At the same time, filmmakers were developing other DC movies that had nothing to do with the existing story lines — and, in fact, contradicted some of them.

Mr. Hamada and Mr. Emmerich had two options: Figure out how to make the various story lines and character incarnations coexist or start over.

The answer is the multiverse. Boiled down, it means that some characters (Wonder Woman as portrayed by Ms. Gadot, for instance) will continue their adventures on Earth 1, while new incarnations (Mr. Pattinson as “The Batman”) will populate Earth 2.

“The Flash,” a film set for release in theaters in 2022, will link the two universes and feature two Batmans, with Mr. Affleck returning as one and Michael Keaton returning as the other. Mr. Keaton played Batman in 1989 and 1992.

To complicate matters further, HBO Max gave Mr. Snyder more than $70 million to recut his “Justice League” and expand it with new footage. Mr. Snyder and Warner Bros. had clashed over his original vision, which the studio deemed overly grim, resulting in reshoots handled by a different director, Joss Whedon. (That didn’t go well, either.) “Zack Snyder’s Justice League,” now four hours long, will arrive in segments on HBO Max in March.

At least for now, Mr. Snyder is not part of the new DC Films blueprint, with studio executives describing his HBO Max project as a storytelling cul-de-sac — a street that leads nowhere.

The multiverse concept has worked on television, but it is a risky strategy for big screens. These movies need to attract the widest audience possible to justify their cost, and too much of a comic nerd sensibility can be a turnoff. New actors can take over a character; James Bond is the best example. But multiple Gothams spinning in theaters?

“I don’t think anyone else has ever attempted this,” Mr. Hamada said. “But audiences are sophisticated enough to understand it. If we make good movies, they will go with it.” 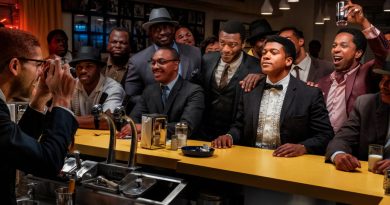 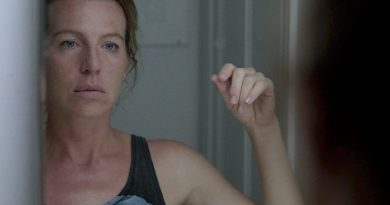