Biden has announced the team that will plan his inauguration as Trump remains defiant despite repeated setbacks.

President-elect Joe Biden has announced the team tasked with planning his inauguration, an event expected to be like no other in recent United States history, given the coronavirus pandemic and rising cases in the country.

Repeated blows to President Donald Trump’s attempts to overturn the election continue to affirm that Biden will take office on January 20.

On Sunday, a completed recount in two Wisconsin counties requested and paid for by the Trump campaign found Biden had widened his lead in the state by 87 votes. Wisconsin’s deadline to certify its vote is Tuesday. It has 16 electoral votes.

Last week, Michigan, Pennsylvania and Nevada – all states where Trump and his surrogates have sought to overturn the results – certified their votes with Biden the victor. The three states account for a combined 42 electoral votes.

On Monday, another key battleground state – Arizona with its 11 electoral votes – is set to certify Biden as the winner.

Meanwhile, officials in Georgia, with its 16 electoral votes, certified its election results on November 20 after a full hand recount. The Trump campaign has since requested another recount, at the expense of state taxpayers, which is currently under way.

Biden is projected to win 306 electoral votes, far above the 270 threshold needed for victory under the US Electoral College system. Trump would need to overturn results in at least three states to whittle that lead. Electors will vote on December 14 and Congress will approve the results on January 6.

Despite repeated losses in legal challenges across the country, Trump on Sunday said he still believes that Biden rode widespread fraud and voting irregularities to victory. The president and his team have provided no proof of those allegations.

The president has vowed he and his surrogates will attempt to appeal their failed lawsuits to the Supreme Court, while simultaneously acknowledging how long the odds are of the court agreeing to hear the cases.

Trump, in his first full interview since Biden was projected victor on November 7, also suggested without evidence on Sunday that his own FBI and Justice Department could have been involved in a scheme to deny him victory.

“This is total fraud,” Trump told Fox News host Maria Bartiromo. “And how the FBI and Department of Justice – I don’t know – maybe they’re involved, but how people are getting away with this stuff, it’s unbelievable.”

With Trump indicating he may never concede defeat, the transition from his administration to Biden’s has nevertheless begun after the Trump-appointed head of the General Services Administration officially acknowledged Biden as the apparent president-elect last week.

Biden on Monday announced more nominees for his cabinet, including Janet Yellen for treasury secretary and Neera Tanden for the office of management and budget.

Biden is also set to receive his first presidential intelligence briefing on Monday, which normally occurs as soon as a president-elect’s victory is projected.

The president-elect will be briefed while recovering from a hairline fracture in his foot he sustained on Sunday after slipping while playing with his dog. 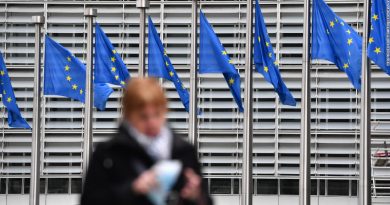 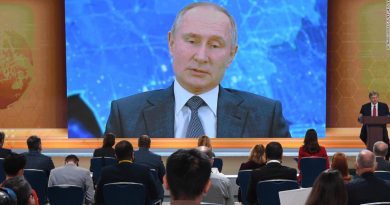 Vladmir Putin says if Russia wanted to kill opposition leader Navalny, it would have ‘finished’ the job 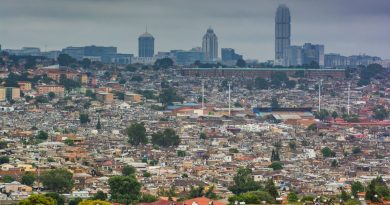