Democrat William Jennings Bryan started it all in 1896 with a telegram sent two days after Election Day while the votes were still being counted. They indicated that Republican William McKinley would be named the winner.

“I hasten to extend my congratulations. We have submitted the issue to the American people and their will is law,” the November 5, 1896 telegram from Bryan in Lincoln, Nebraska, to McKinley, in Canton, Ohio read.

That message kicked off the now 120-year-old tradition of a losing US presidential candidate conceding to the victor, a norm that is in danger of being shattered as President Donald Trump refuses to acknowledge Joe Biden as president-elect.

He only won in the eyes of the FAKE NEWS MEDIA. I concede NOTHING! We have a long way to go. This was a RIGGED ELECTION!

The idea of acknowledging a clear electoral loss does not seem like that big of a deal. Naturally, losing hurts, and that has been reflected in concession speeches throughout the decades.

But, shortly after Bryan’s concession telegram in 1896, he explained he could not understand why conceding “was much commented upon at the time” and “why it should be considered extraordinary”.

“We were not fighting each other, but stood as the representatives of different political ideas, between which the people were to choose,” Bryan wrote in his memoirs of that campaign, “The First Battle: A Story of the Campaign of 1896”.

“A courteous observance of the proprieties of such an occasion tends to eliminate the individual and enables opponents to contend sharply over the matter of principle, without disturbance of social relations.”

The debate over principle is much larger than the individual, Bryan argued, something that was heeded – although not always smoothly – for the next 120 years.

And then came Donald Trump, whose entire political brand revolves around the individual and his principles. It can be argued whether that approach is toxic or laudable – 73 million Americans agreed, at least somewhat, with the latter. What cannot be argued is that it was not normal in American politics.

Trump’s norm-busting has caused non-stop steam to shoot from the ears of establishment politicians, presidential historians, journalists, and Democratic voters.

Unlike recent presidents, especially in the wake of the 1970s’ Watergate scandal, he has deliberately ignored ethics traditions and rules such as setting up a crystal clear separation from his personal business to avoid conflicts of interest, his hiring of family members to government positions, the use of government employees and federal property for campaign purposes, and the non-disclosure of income tax returns.

Unlike most politicians, Trump uses blunt – and often false or even offensive – rhetoric when discussing controversial issues, resulting in a flurry of backlash instead of constructive debate.

Unlike most presidents, he has not only been distrustful of the government bureaucracy but has outwardly and publicly tried to stymie it, whether it is criticising the US intelligence agencies or slamming government medical experts and scientists during the pandemic.

Trump critics will say that just scratches the surface of all of the norms he has shattered. His supporters – elected officials and common Americans – say this stick-it-to-the-establishment attitude is why they love him.

While we do not know what is going on in Trump’s mind, it is not hard to draw a conclusion that most, if not all, of these broken norms, including his current concession resistance, are in an effort to burnish his brand as a “winner” and a “fighter”. Whether any of those smashed guardrails will be exploited by future presidents or whether they even will have lingering detrimental effects are matters for debate.

Trump, who is reportedly considering running for another term in 2024, has signalled that his abnormal style of politics will not disappear after he leaves the White House and his behaviour will have an outsized influence on the Republican Party moving forward.

It is becoming clear that Republicans are looking at the bottom line – voter reaction – and are either outwardly sticking with the president or are carefully tiptoeing around his non-concession, reactions that are consistent with how they dealt with Trump throughout his presidency.

The reason, as it always has been, is for Republicans to avoid angering their enthusiastic base and now, post-election, to not alienate the 73 million who voted for Trump or the millions who helped House and Senate Republicans to unexpected success on Election Day.

Given those 73 million Americans voted for someone who so brazenly smashed traditions, some politicians will mimic Trump in pushing the boundaries, figuring if he could get away with it, they can too. Others will break with tradition in more subtle ways, figuring if they are not as obvious as Trump, people are unlikely to raise a fuss.

For those such as former President Barack Obama, who said in a recent interview with CBS News 60 Minutes that “hope springs eternal” regarding Trump honouring presidential transition norms, it seems as long as Trump is still in the public eye, the bar has been lowered – a bar that was set by Bryan back in 1896, one graciously recognised by then-President-elect William McKinley: “I acknowledge the receipt of your courteous message of congratulations with thanks, and beg you will receive my best wishes for your health and happiness.” 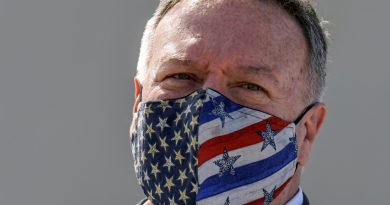 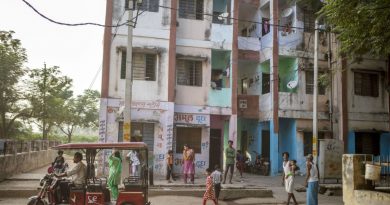 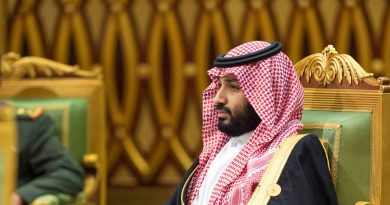 The end of the Saudi era | Saudi Arabia