Donald Trump has greeted thousands of supporters in the United States capital on Saturday, as the president still refuses to concede defeat to Democratic President-elect Joe Biden following the November 3 election.

Trump was met by cheers and applause as his limousine drove from the White House onto Pennsylvania Avenue on Saturday morning. Some attendees climbed walls and other structures for a view of the president’s motorcade as it did a circuit around nearby Freedom Plaza.

Echoing Trump himself, many of the Republican leader’s supporters have refused to acknowledge the results of the US presidential election, saying they believe widespread fraud took place. That allegation has been dismissed by experts and election officials as baseless.

Pro-Trump rallies were expected to take place in cities across the country on Saturday to show support for the president, who has only made one public address since Biden was declared the winner of the vote last Saturday.

Marcher Darion Schaublin, 26, told AFP news agency that he drove from Columbus, Ohio to join the march in Washington, DC.

“The whole system’s rigged … in the way that the information is getting to the people, it’s filtered through these channels that makes it so that the truth never actually gets out,” Schaublin said.

“There is a good chance … he is not going to have a second term – and I’m not sure of the legitimacy of that,” he added.

Right-wing militia groups such as the Proud Boys also planned to hold rallies in the capital on Saturday, prompting a heavy security presence in anticipation of clashes with anti-Trump protesters.

Meanwhile, in protest against Saturday’s march, opponents on social media sought to create confusion by flooding the hashtags #MillionMAGAMarch and #MarchforTrump with photographs of pancakes.

After greeting the crowds in the capital, Trump’s motorcade continued to his club in Virginia, where the president proceeded to play a round of golf.

Trump was at the same golf course on November 7, when US news organisations including the Associated Press projected Biden as the winner of the presidential election. Trump has since remained defiant, thus far refusing to concede or cooperate in the transition to a new administration.

In the US, it is the norm for presidents to concede based on news organisations’ projections.

Biden’s victory saw thousands of his supporters take to the streets across the country, at times facing off with Trump supporters in key battleground states, including Michigan, Pennsylvania and Arizona.

Since then, the Trump campaign has launched a series of legal challenges widely considered long shots. Meanwhile, Georgia has launched an audit of the state results in the presidential election, with Biden currently leading Trump by 14,000 votes there.

Trump, who has repeatedly falsely claimed victory in the contest, made passing acknowledgement of his precarious position during a press briefing on the coronavirus pandemic on Friday.

“Whatever happens in the future, who knows which administration it will be, I guess time will tell,” said Trump, who has baselessly alleged widespread fraud and voting irregularities, a claim contradicted by state election officials and his own intelligence officers.

Biden, for his part, is pushing ahead with his transition and has given little attention to Trump’s resistance, which he has called “an embarrassment“.

Biden said he will take office on January 20 and “nothing’s going to stop” the transfer of power. 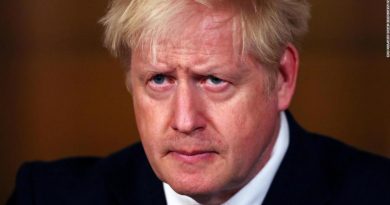