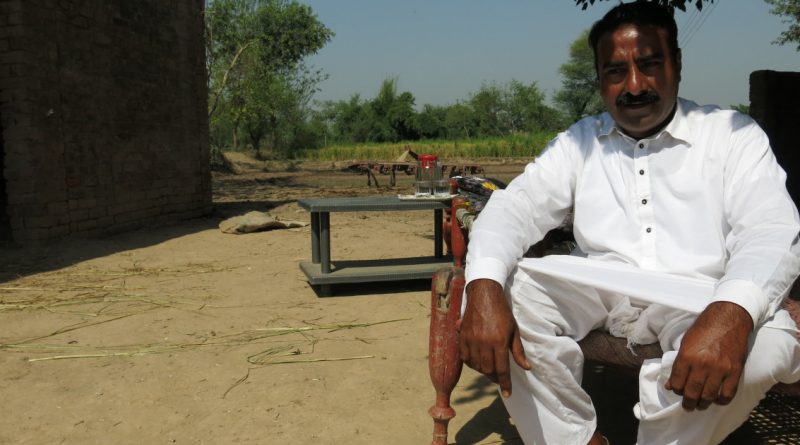 Mianwal Ranjha, Pakistan – When the judge read out a sentence of death, 17-year-old Muhammad Iqbal could scarcely believe it, and reached out for his brother.

As guards converged upon him to escort him away from the courtroom and back to prison, the teenager was desperate to speak to his family.

“The words ‘sentenced to death’, I didn’t know much at that time about appeals and everything else,” he recalls, sitting on a rope bed in the winter sunshine in his native Mandi Bahauddin, in central Pakistan. “I thought they were going to execute me [right then].

“My brother was in the courtroom at the time of the verdict, I called to him, to see him one last time and to say goodbye to him.”

Iqbal, now 39, would spend 21 years on death row before a court ruled earlier this year that he had been sentenced incorrectly, commuting his sentence and releasing him on June 30.

During his trial, where he was convicted for murder, he says he was largely unaware of how the legal proceedings functioned, a concern that is emblematic of fair trial concerns in a country where the death penalty is applied widely, according to lawyers and activists.

Pakistan is one of 56 countries worldwide who retain the use of the death penalty in law and practice. In 2019, it continued to hold the world’s largest recorded death row population, with more than 4,225 people awaiting execution, according to rights group Amnesty International.

Pakistan’s penal code carries the death penalty for at least 33 crimes, ranging from murder, gang rape and kidnapping to blasphemy, adultery, treason and various narcotics charges. The Pakistani government is currently considering a proposal to expand the use of the penalty and to add public hanging as a form of execution.

In 2019, Pakistan held the record for the most death sentences handed out by its court system, with more than 632 convicts sentenced to death, which is 27.3 percent of all death sentences worldwide, according to Amnesty’s data.

For prisoners like Iqbal, accused of murder, the problems begin right from the moment of arrest.

‘Needed to escape that hell’

“They tortured me, telling me to confess to the crime,” he says, of the days after he was arrested by police in connection with a robbery near his home in which a man was killed.

“Under torture, I confessed that I had done it, I was so desperate that I accepted responsibility for it. I just needed to escape that hell somehow.”

Pakistani police deny the use of torture officially, but rights groups have documented its routine use by police across the country, particularly in cases of violent crime.

Iqbal, whose family owns a small farm where they grow rice, wheat and fodder for their five buffaloes, did not have the resources, or knowledge of the justice system, to hire a competent lawyer, and his trial was conducted swiftly, taking no note of his allegations of a confession obtained under torture.

“I had […] the kind of lawyer who just files 13 bail applications a day. My father didn’t have the money to hire anyone else,” he says.

“He never met me. I only saw him many months later during a hearing, to know that this man is my lawyer.”

Access to the right lawyer, in a justice system like Pakistan’s, where a case depends greatly on proceedings at the trial court level, can be the difference between life and death, say experts.

“It really does make a huge difference – if you have a committed lawyer or if you have a lawyer who knows the judges, which comes with a heavy price tag,” says Reema Omer, South Asia legal adviser for the International Commission of Jurists (ICJ).

“Who you are plays a huge role in the kinds of lawyers you will get, how quickly the case is decided, the kind of facilities you get in prison, and whether you are even aware of your rights as an accused or a convict.”

The Pakistani legal system mandates the right to a legal defence for those who cannot afford lawyers, but does not state guidelines or qualifications for lawyers to be appointed by the state.

“The majority of people on death row are from indigent backgrounds and so they have state-appointed counsels,” says Sarah Belal, executive director of legal aid organisation Justice Project Pakistan (JPP).

“That state counsel has no money to do investigations, he never meets you, he gets the file a few days before [the hearing] and goes and argues the case. There is no minimum standard applied for what effective legal representation means.”

For many death row convicts, Iqbal says, that results in a situation where they have never spoken to their lawyers during the trial, and are often unaware of what the charges against them are, or their fundamental legal rights.

“There are some people who don’t even know when their case is being heard,” says Iqbal, of prisoners he was jailed with. “Elderly parents, their child in jail, who have no idea that there is a hearing or that they need to get a lawyer.”

For almost a decade, as he remained on death row, Iqbal believed that this was the case, and his family pursued the matter no further.

‘Felt my life had ended’

“In Punjabi we have a saying: ‘Even the most friendly dog, if you tie it up it will go mad’,” says Iqbal, of the mental toll that being on death row takes.

“It makes a man more irritable and makes you very frustrated. Any person who has been a victim of injustice, he starts to think that even those working for his betterment are trying to cheat him.”

Death row prisoners in Pakistan are held in cells that are, on average, roughly eight feet (2.4 metres) wide by 10 feet (three metres) long, with at least five prisoners held to a single cell.

“There was just one daal, [and] it was black as night. Other than two times in the week … that was all that was cooked,” he says.

“Sometimes I would even find insects crawling in it.”

Pakistani prisons have separate sections for those sentenced to death.

The afternoons, he says, were the hardest.

“In my experience, from the morning until the early afternoon, you are passing your life in routine. You can [pass the time], or speak to other people, or someone new comes in or someone leaves.”

He pauses, his eyes darting from left to right.

“But when the jail is shut, and no one is entering or leaving, that’s a very heavy time for a convict. You spend it just thinking. Thinking about where you are trapped, what will happen to you.”

In 2016, a prison officer came to his cell on one such afternoon, informing him that death warrants had been issued for his execution, in four days’ time. He was swiftly shifted to another prison, one equipped with a gallows to carry out the sentence.

“I had fought so many cases, so many writ [petitions], so many appeals, thinking that through some appeal or writ my voice would be heard. I felt like my life had ended.”

He was escorted to a small cell, where he was alone, and under strict guard to prevent him from doing any possible harm to himself.

“The time passed very slowly,” he says. “Each day felt like a year. It was very difficult. The nights felt very long, and the days felt long as well.”

Hours before he was due to be executed, the Supreme Court issued a stay of execution, as it considered a petition lodged by his lawyers.

‘I had stopped climbing’

Pakistan’s Supreme Court is the court of final appeal in the country’s justice system, and hears dozens of cases a day. Lawyers and activists say the country’s overloaded justice system places a huge burden on the higher courts to overturn trial court verdicts that may be faulty due to inadequate police investigation, faulty evidence or incompetent legal representation.

Omer, the adviser at the ICJ, says the legal system does not have clear sentencing guidelines or standards for when the death penalty is to be applied.

“Judges have taken polar opposite positions, with some judges who believe that the death penalty should be the norm in the murder cases, while other judges have said it should only be applied in serious aggravating circumstances,” she says.

“It’s very problematic because the justice system should be a lot more consistent and you should be able to predict the penalty someone is given. In death penalty cases, it’s crazy, because it’s a case of someone’s life.”

Belal, of JPP, agrees that there is a lack of standardisation of how the law is applied in capital cases.

“Trial court is like breakfast, it’s like the most important meal of the day. They are the most important forum. They have the time and ability to hear all the evidence and call all the witnesses. You need to invest more in ensuring that we have better standards for the trial court.”

The data on criminal proceedings in capital cases appears to bear out the assertion that trial courts in Pakistan often get it wrong.

According to a 2019 report by rights group Reprieve, prepared in consultation with Pakistani legal aid organisation the Foundation for Fundamental Rights (FFR), an overwhelming majority of capital cases are either overturned or commuted on appeal at the Supreme Court.

From a dataset of 310 capital crime cases heard by the Supreme Court between 2010 and 2018, Reprieve and FFR found that 73 percent resulted in acquittals, commutations or orders for a review by the lower court.

In 2018, the latest year included in the dataset, the Supreme Court upheld the death penalty in only three percent of cases.

For Iqbal, whose sentence was commuted in February ahead of his release later in the year, the intervention of the high court was something he could scarcely believe.

“My mind couldn’t accept it, that my case had really changed,” he says. “Because look, a man is constantly beaten down, beaten down, and he keeps climbing, keeps climbing in the belief that he will reach the top of the mountain eventually.

“At that time, I was exhausted, and I had stopped climbing.”

He spent his last day in prison on June 30, before he walked out into freedom.

One thing, he says, stood out for him, and continues to fascinate him every day.

“It was amazing, to see the open sky. I have spent most of my life within a few feet, and when I came out I felt like I was seeing the open sky for the first time in my life.” 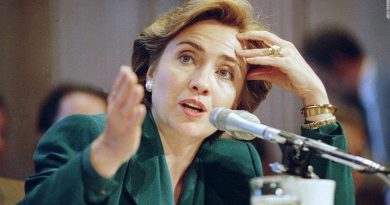 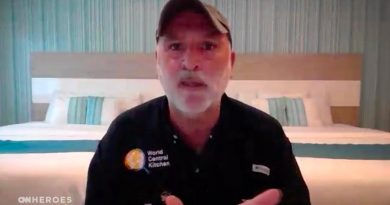 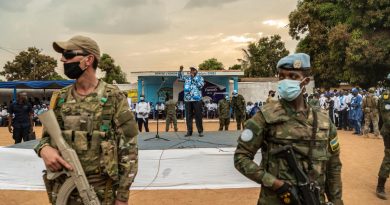