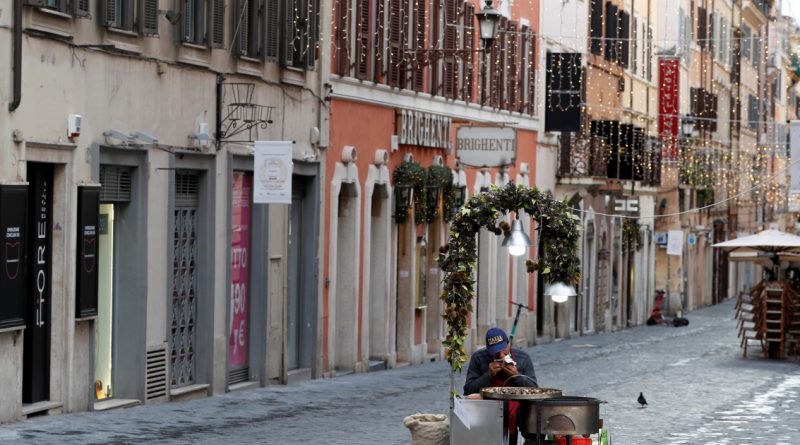 The number of people dying with coronavirus in Italy in the second wave of infections is comparable with the toll recorded in the first, a grim milestone that comes amid fresh lockdown measures.

The Institute for International Political Studies (ISPI) reported on Tuesday that between September 1 and December 22, 33,731 people died with coronavirus.

That compared with 35,376 people from February 21 until August 31 – a period that included the peak of the pandemic in Italy, which has been at the epicentre of Europe’s battle with the virus.

In December, daily death tolls have again been high, between 600 and 800 fatalities every 24 hours.

This morbid reality has reminded many of the worst days of Italy’s pandemic. On December 3, 993 people died with the virus in a day – a record number.

In a bid to stem the crisis, Italians are banned from travelling between regions from December 25 and 26, the Christmas period, to January 1, New Year’s Day.

So why are virus-related deaths rising again?

“During the first wave, we warned that certain measures needed to be implemented and these have been done partially or too late.”

He believes the government should have enforced local health authority units to hire more doctors and improved coordination between regional health networks and hospitals.

“Obviously, with a high number of cases, you want to contain the situation by boosting hospitals’ reception capacity in emergency rooms. But if you are not able to isolate cases at the origin, then you will never resolve the core problem.”

As many observers have noted, the pandemic has highlighted the effects of years of funding cuts.

“The number of local doctors has been cut to the bones throughout the years, and nothing has been done to increase it,” said Rossi, fearing that many doctors will soon retire.

To some extent, it is also down to demographics. Twenty-three percent of the population is aged over 65, according to the National Institute of Statistics (ISTAT).

Italy had managed to exit the storm of the first wave, thanks to one of the world’s strictest nationwide lockdowns, enforced in March.

People were allowed to leave the house only for necessities. The summer brought respite, and by August the average age of COVID patients had lowered to 29.

Previous sacrifices seemed to pay off. By autumn, when other European countries started witnessing a surge in positive cases, figures in Italy remained relatively low.

But as winter approached, concerns over the country’s testing and tracing systems were growing. In October, people complained that it was difficult to secure a test through state-run local health agencies, receive assistance, or report their infections.

“The system was so complex, that I gave up and I personally contacted all the people I had been in contact with,” Marta Filippelli, 27, told Al Jazeera.

She said she first made several phone calls to the national coronavirus emergency line and state-run ATS local health agency to convert her status in the country’s COVID track-and-trace app and notify other people of her infection, but found the process inefficient.

By mid-October, as Italy’s biggest hospital-doctors’ union Anaao-Assomed sounded the alarm over a situation that was about to spiral out of control, Walter Ricciardi, an adviser to the health ministry, admitted that the virus-containment strategy had failed.

In its latest report, the National Institute of Health (ISS) showed that it was able to detect the origin of just one of four cases.

“From June to October we acted like Sweden, which has a population density 10 times lower than ours,” Giovanni Di Perri, infectious disease expert at the Amedeo di Savoia hospital in Turin, told local media.

“There was a need for an obsessive preventing approach … but desire for normalcy prevailed,” he said.

Fixing, rather than preventing

Healthcare expenditure in Italy per person is about 2,500 euros ($3,000), around 15 percent below the European Union average.

By comparison, Germany spends more than 4,400 euros per person and France, 3,883, according to data gathered by Eurostat in 2017.

But hope is rising for the future. December 27 marks Europe’s “V-day”, as vaccine campaigns across the continent are expected to roll out.

“It’s good news,” said Matteo Sbattella, a doctor working at the COVID ward of Galmarini Tradate hospital, in the northern province of Varese. “But I feel it as something too distant. I am still too much into the wave”. 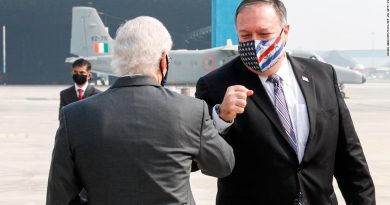 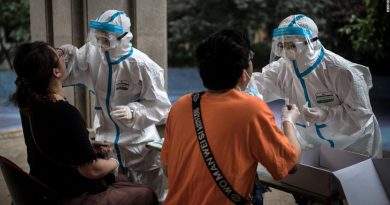