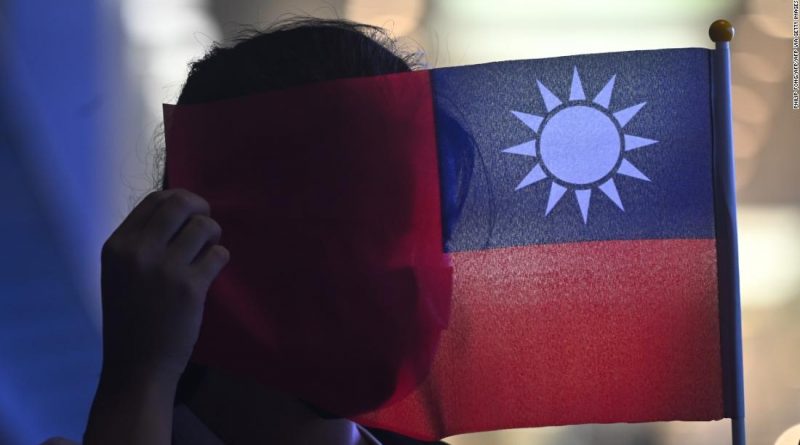 From climate action groups and the Olympics to bird-watching societies, the island’s government in Taipei has its hands full making sure it is referred to by the correct moniker.

Or, at least, is not listed as part of China.

This has resulted in Taiwan being blocked from participating in the World Health Organization and other international bodies — and sometimes even being listed as part of the People’s Republic of China by other groups.

Recently, it was the Global Covenant of Mayors for Climate and Energy (GCOM), a European Union-linked climate action body, which “incorrectly listed” six Taiwanese cities “as part of China,” according to the island’s Ministry of Foreign Affairs.
Taipei objected, and the mayors of the six cities issued an open letter stating they have “never been part of China since they joined the GCOM alliance.”

On Monday, Taiwan’s Foreign Minister Joseph Wu said GCOM had reversed the move after the intervention of unnamed EU officials, who he said had “helped us in this effort.”

“We are very happy that with everyone’s hard work the name has reverted,” Wu told parliament, according to Reuters.

Yet Taiwan’s victory is somewhat Pyrrhic. While GCOM is no longer listing the cities as part of China, nor is it using the name Taiwan. Rather, all six are given the designator “Chinese Taipei.”

That’s the moniker devised so that Taiwan — officially the Republic of China — could compete in the Olympic Games without too much objection from Beijing. It’s been used for various sporting competitions since the 1980s, with considerable resentment among many in Taiwan, who rightly point out that “Chinese Taipei” is neither a country that exists, or an accurate description of the island of Taiwan, which is far more than just its capital city.

“Though some people may not be happy with this name, at least the way we participate is not placed under another country,” Wu said.

For its part, Beijing was as displeased by the GCOM reversal as Taiwan had been originally, with a foreign ministry spokesman saying “cities in the Taiwan region certainly should be listed as Chinese.”

While it may seem somewhat petty, the naming debate is emblematic of the sensitivities and controversies Taiwan has to deal with whenever it plays even a small role internationally.

There’s a tired cliche in reporting around Taiwan that just about any action by the self-ruled island is described as “a move likely to anger China,” but it’s also somewhat accurate. Governments, companies and bodies that refer to Taiwan or engage with Taipei in a way seen as endorsing the island’s de facto independence from mainland China risk an angry rebuke from Beijing at the least, and economic or other repercussions at worst.
In 2018, China began pressuring airlines and other international companies not to list Taiwan as a separate entity from China — and some, including Air India, started using “Chinese Taipei.” That same year, a town in the Australian state of Queensland reportedly painted over Taiwanese flags on a bull statue decorated by local children for fear of offending China.
Last month, the Chinese Wild Bird Federation (CWBF) — Taiwan’s biggest bird conservation group — said it had ended a partnership with Birdlife International after the UK-based non-profit asked the Taiwanese birders to sign a document “formally committing to not promote or advocate the legitimacy of the Republic of China or the independence of Taiwan from China.”
GCOM’s decision, with the apparent endorsement of at least some EU officials, may be an indication that some international groups are getting fed up with this kind of political dance — especially in the wake of the coronavirus pandemic, during which Taiwan’s global stature has been significantly bolstered by the island’s able handling of its domestic outbreak.
Earlier this month, Taiwan President Tsai Ing-wen sought to build on that increased prestige, and anger at Beijing over the coronavirus and other issues, in calling for an alliance to protect “freedom, safety, human rights and democracy” in Asia.

For its part, Beijing has reacted aggressively to these developments, rebuking the United States for sending a top health official to visit Taiwan to discuss the coronavirus response and calling on Washington and other governments to “cease any forms of official contact with Taiwan, so as not stray further down an erroneous path.”
This month, dozens of Chinese warplanes have breached Taiwan’s airspace during military exercises which appear aimed at the island, and Beijing’s state media has repeatedly threatened Taiwan with invasion.

A report in the state-backed Global Times newspaper described the Chinese drills as “a rehearsal for a Taiwan takeover,” while a Pentagon spokesman in Washington said the People’s Liberation Army’s “aggressive and destabilizing reactions reflect a continued attempt to alter the status quo and rewrite history.”

In a Global Times piece about Taiwan’s representative to the US, Hsiao Bi-khim, describing herself as an “ambassador,” Chinese analyst Xin Qiang called the move a “scam” and said that “if tensions escalate further, there could be a fourth Taiwan Straits crisis.”

“If the US and the island of Taiwan take further actions, the Chinese mainland will increase pressure on them in political, economic, diplomatic and military aspects,” Xin wrote.

While naming disputes may seem like a minor issue, they are anything but for Beijing, which is suspicious of any actions it regards as a step towards a formal declaration of independence by Taiwan, a development it has vowed to stop with military force if needs be. 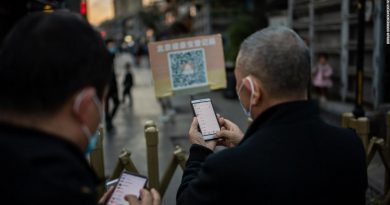 Governments are using the pandemic to crack down on digital rights, report finds 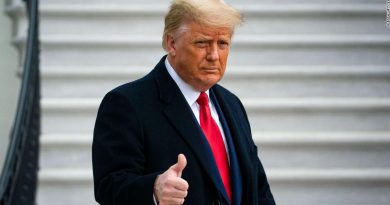 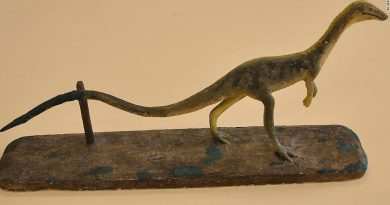