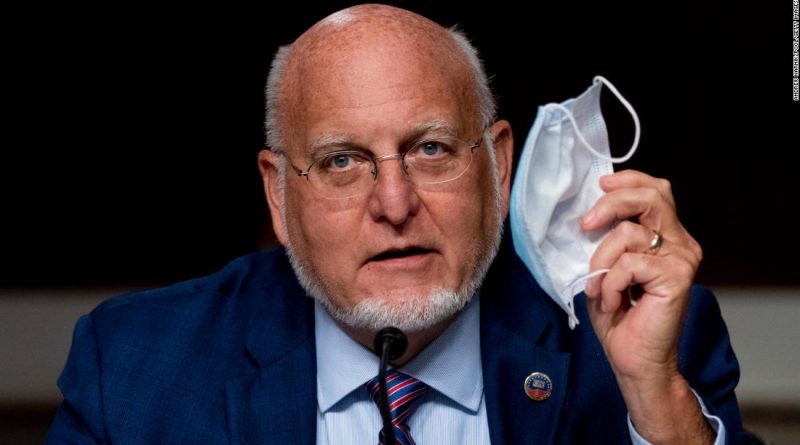 And he demeaned Dr. Robert Redfield, the director of the US Centers for Disease Control and Prevention, saying the doctor was “confused” in his congressional testimony.

Redfield said Wednesday that masks may be a more effective protection against coronavirus than any potential vaccine that the President can’t stop hyping. And he laid out a timeline for when the general US public could expect to start seeing results from widespread coronavirus vaccination the second or third quarter of 2021. Those statements both seemed to contradict what Trump has been saying.

“I might even go so far as to say that this face mask is more guaranteed to protect me against Covid than when I take a Covid vaccine, because the immunogenicity may be 70%. And if I don’t get an immune response, the vaccine is not going to protect me. This face mask will,” Redfield told lawmakers during public testimony, adding that the American public has not yet embraced the use of masks to a level that could effectively control the outbreak.

Responding to Redfield’s congressional testimony, Trump took his pushback against the doctor — who he appointed to lead the CDC — a step further, contradicting the agency head on two accounts: the timeline for a coronavirus vaccine and the effectiveness of masks compared with inoculation.

Redfield told the Senate Appropriations Committee Wednesday: “If you’re asking me when is it going to be generally available to the American public, so we can begin to take advantage of vaccine to get back to our regular life, I think we’re probably looking at third, late second quarter, third quarter 2021.”

The President told reporters Redfield was “confused” when he said that.

“I think he made a mistake when he said that. It’s just incorrect information,” Trump said.

The President also said Redfield’s comments to Congress about masks possibly being more effective than a vaccine were incorrect and that Redfield may have misunderstood the question.

“Maybe he misunderstood it,” Trump said, later adding, “As far as the masks are concerned, I hope that the vaccine is going to be a lot more beneficial than the masks.”

Redfield said in a statement regarding his mask testimony that he believes in the “importance of vaccines and the importance in particular of a Covid-19 vaccine.”

“A Covid-19 vaccine is the thing that will get Americans back to normal everyday life. The best defense we currently have against this virus are the important mitigation efforts of wearing a mask, washing your hands, social distancing and being careful about crowds,” he said, not addressing Trump’s claim that he had been confused.

A CDC spokesman issued a statement responding to Trump’s vaccine comment by seemingly backing up the President’s claim.

“In today’s hearing, Dr. Redfield was answering a question he thought was in regard to the time period in which all Americans would have completed their Covid vaccination, and his estimate was by the second or third quarter of 2021. He was not referring to the time period when Covid-19 vaccine doses would be made available to all Americans,” the spokesman said.

This is not the first time Trump has forced Redfield to revisit answers he’s given regarding the pandemic.

Earlier this year, Trump claimed Redfield had been inaccurately quoted in The Washington Post, before the doctor confirmed he had been accurately quoted.
The back-and-forth comes the day after Trump’s White House held a peace agreement ceremony with dignitaries from three foreign countries that largely ignored social distancing and mask guidelines — and the President awkwardly and baselessly named “waiters” as part of a group of people who don’t like wearing masks to prevent the spread of the virus.
Despite the CDC’s repeated calls for Americans to wear face masks to prevent the spread of the coronavirus, Trump said during an ABC town hall Tuesday night that “there are a lot of people that think that masks are not good.”

The President has occasionally donned a mask and said they’re important. But his actions send a different message to supporters: The White House and Trump’s reelection campaign have also disregarded the CDC’s guidance, state guidelines and local public health officials, permitting large crowds of rallygoers to stand shoulder to shoulder and not mandating mask wearing.

After Trump questioned the effectiveness of masks on ABC, his press secretary, Kayleigh McEnany, told reporters on Wednesday that the President has “always supported mask-wearing.” 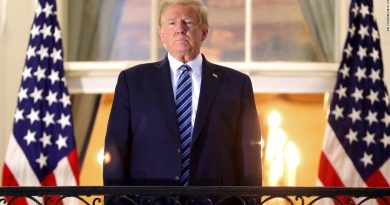 National Coming Out Day: Coming out during a pandemic