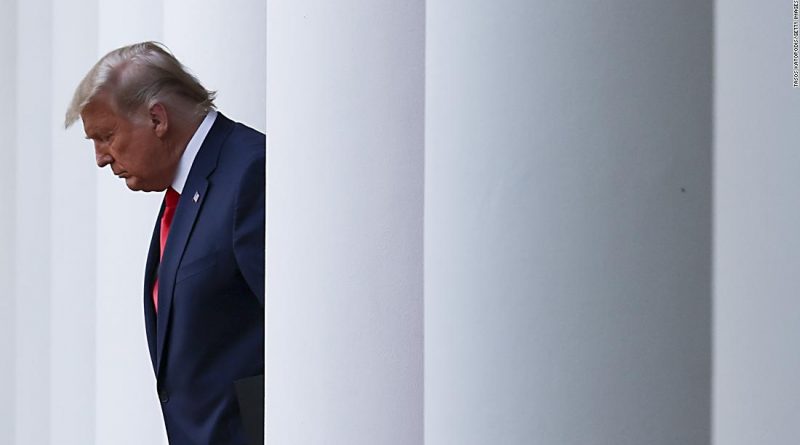 Instead, in an act of self-sabotage, he is distracting Americans from that great accomplishment for his administration by spreading more election disinformation while questioning whether to fire Attorney General William Barr, in part, because he did not reveal a federal investigation into the business dealings of Hunter Biden, the son of President-elect Joe Biden, before the election.

Slashing at Barr on Twitter Saturday instead of focusing on saving American lives, Trump reminded the nation of one of the truisms about the way he has regarded his allies both in business and politics: everyone is expendable if they do not follow his dictates. No matter how loyal an aide has been — and regardless of how many times they put their own reputation on the line to do Trump’s bidding — the President has shown no compunction about casting them aside as soon he is convinced they are no longer useful as one of his political tools.

He has treated the Justice Department as though it were a fleet of his own personal lawyers, attempting to pressure them into investigating his political enemies and showing a disturbing lack of respect for the department’s historic independence from politics.

Barr, a longtime Trump loyalist who has taken many questionable steps on Trump’s behalf, had already infuriated the President by recently telling the Associated Press that he had not seen any evidence to support Trump’s false assertions about widespread election fraud that would change the results of the election.

Their broken relationship deteriorated further after Trump found out that Barr held to the longtime Justice Department precedent that it should not take overt actions that could affect an election and therefore kept the investigation into Biden’s son under wraps before November 3.

The two men had a contentious meeting earlier this month, CNN’s White House team reported. On Saturday morning, Trump took his grievances public, retweeting a missive suggesting that Barr should be fired by the end of the day. “Why didn’t Bill Barr reveal the truth to the public, before the Election, about Hunter Biden,” Trump tweeted Saturday. “Big disadvantage for Republicans at the polls!”
Despite Trump’s final legal defeat Friday night — when the Supreme Court refused to hear a case that was part of the President’s scheme to overturn the election results — he also suggested on Twitter that his undemocratic efforts would continue: “WE HAVE JUST BEGUN TO FIGHT!!!” he tweeted.

A source familiar with the dynamic between Trump and Barr said recent interactions have shown that Barr won’t be intimidated by Trump.

“This is the real story. None of this matters — it’s the deposed king ranting. Irrelevant to the course of justice and to Trump’s election loss,” the source told CNN’s Jamie Gangel Saturday after Trump tweeted about his displeasure with Barr.

Trump’s thirst for attention and praise has clouded even these early days of the vaccine rollout, with doses of the Pfizer and BioNTech vaccine slated to be shipped to providers as early as Sunday after the US Food and Drug Administration authorized emergency use of the vaccine late Friday night.
Trump has not been pleased watching other nations like the United Kingdom authorize the Pfizer vaccine first — seeming most concerned about ensuring that he gets the proper credit for his efforts to speed their development through his administration’s Operation Warp Speed: “The vaccines were me, and I pushed people harder than they’ve ever been pushed before,” he told reporters last month.

His frustrations about the pace of the vaccine review process spilled into the open hours before the FDA made its emergency use authorization announcement Friday. CNN reported that White House chief of staff Mark Meadows tried to intervene on behalf of the President by pressuring FDA Commissioner Dr. Stephen Hahn to make the decision by the end of the day, warning that he would be fired if he did not.

Hahn insisted Saturday that political pressure did not affect the process: “Science and data guided the FDA’s decision,” Hahn said during a news conference. He said the representations in the press that he faced a threat that he would be fired if the agency didn’t issue the authorization by a certain date were inaccurate.

But medical experts have warned that even the appearance of a pressure campaign could make Americans more wary about taking the vaccine, because many are already concerned that the process was rushed.

“Dr. Marks and I have been very clear from the beginning that we are going to maintain the integrity of the scientific process. We are going to let our scientists do their job and review and go through the fairness of that review — the gold standard, if you will,” Hahn said, appearing with Dr. Peter Marks, director of the FDA’s Center for Biologics Evaluation and Research. “But we also recognize the urgency of the situation, and so we have said repeatedly we will work as quickly as we can to come to a decision and that’s what we did.”

Taking the next step after the FDA’s action, a key advisory panel to US Centers for Disease Control and Prevention — the Advisory Committee on Immunization Practices — voted to recommend the vaccine Saturday afternoon. Before the vaccine doses can actually be injected into the arms of Americans, the CDC must accept the advisory panel’s recommendation and publish it.

With shipments moving closer to reality, pressure is building on Congress to approve more money for state and local governments that will be overseeing the process of getting the vaccine where it needs to go once it is received by providers.

Some states, for example, will need to help break up the Pfizer shipments and get doses of the vaccine, which must be stored at extraordinarily low temperatures, to the farthest reaches of their states to providers who do not have the equipment to maintain ultra cold temperatures for long periods of time.

Lighting a fire under Congress to get aid to states so they can assist in that distribution process — and begin developing campaigns to fight vaccine skepticism — would be one area where a Trump pressure campaign would be helpful in getting the vaccine distributed more equitably and expeditiously.

But the President has not taken any overt steps to get congressional leaders to the negotiating table. Both sides have acknowledged that an emergency relief package is desperately needed to extend unemployment benefits for millions of unemployed workers and struggling businesses that are on the brink of economic devastation as a result of the closures forced by the pandemic.
Despite the best efforts of a bipartisan group of senators to work out a $908 billion framework for the package, negotiations have stalled over disagreements between the two parties on Covid-19 liability protections, which Republicans are insisting on, and more aid to state and local governments, a key priority for Democrats.

Though Trump has boasted about his prowess as a dealmaker, he has been largely absent as he has focused on fruitless legal battles to overturn the presidential election.

Kathleen Sebelius, a former secretary of Health and Human Services in the Obama administration, told CNN’s Wolf Blitzer Saturday night that the funding for states that is needed to recruit and mobilize a workforce on the ground to administer the vaccine to millions of Americans is “one of the big missing pieces of this effort.”

“The shipping that is being arranged from the Pfizer headquarters in Kalamazoo, (Michigan), to states around the country — and to cold storage locations in those states — is the federal government’s piece of the puzzle,” she said on “The Situation Room.” Beyond that, “the Trump Administration has said to states, ‘You’re kind of on your own. You need to get it from there into people’s arms,'” she said.

Sebelius noted that the federal government has spent about $10 billion through Operation Warp Speed to help develop a safe and effective vaccine. But “they have spent, so far, $240 million — total — on efforts to state and local governments for increased testing and building up this public workforce.”

“States say they need a couple of billion dollars. So part of the congressional package that is so desperately needed is getting these resources,” she said.

“Even this limited early supply is going to be tough. When we get to a massive vaccination, it gets really challenging.” 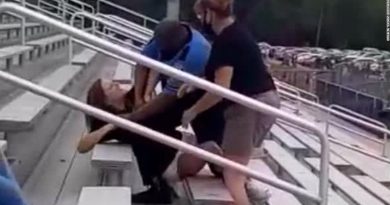 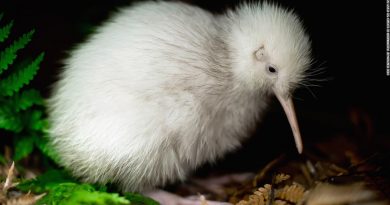 Maukura, the only white kiwi bird ever born in captivity, dies in New Zealand 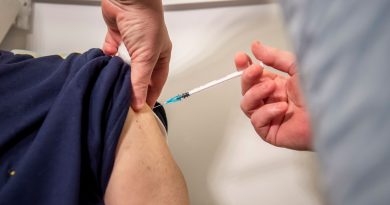 More than 3.5 million in UK have been vaccinated