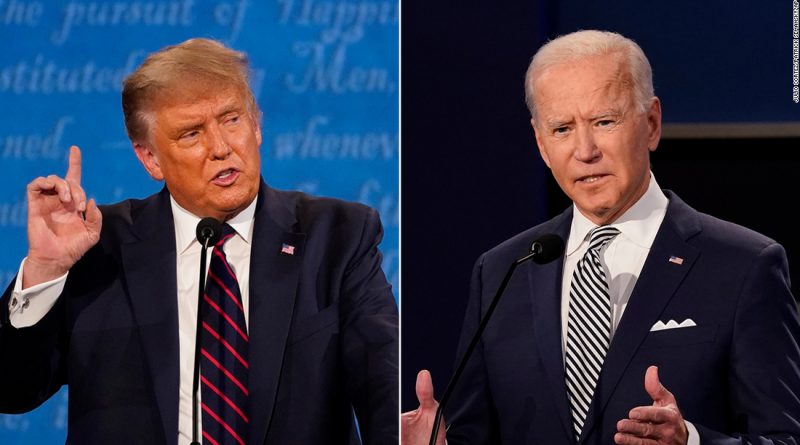 With 24 days until the election and millions of votes already being cast, Biden’s aides and Democratic allies say Trump’s missteps and the former vice president’s message have given him a broad map with numerous paths to 270 electoral votes. Time is running out for Trump to change the race’s trajectory — and he is failing to capitalize on the opportunities that do exist.

In watchers’ eyes, Biden’s running mate, Sen. Kamala Harris of California, bested Vice President Mike Pence in their debate Wednesday night, a CNN post-debate poll found. Trump then wasted a day Thursday by calling into a Fox Business morning show and calling Harris a “monster,” blaming Gold Star families for his infection with coronavirus and saying he would not participate in his second debate against Biden, which had been scheduled for next week but changed to a virtual format (it was then canceled on Friday).
On Friday, Trump called into right-wing radio host Rush Limbaugh’s program for a grievance-filled interview. Meanwhile, his treasury secretary, Steven Mnuchin, was trying to negotiate an economic stimulus deal with House Speaker Nancy Pelosi — a total reversal from Trump’s Twitter declaration earlier in the week that he was ending those talks, costing his negotiators days. With Trump already playing a weak hand, Senate Majority Leader Mitch McConnell, at home in Kentucky, cast doubt on the possibility that Republicans would pass any deal in time for the election.

Recovering from coronavirus, Trump promised repeatedly during the week that he would return to the campaign trail this weekend. He is set to host an event at the White House on Saturday, potentially raising concerns that — like at the event at which Trump nominated Amy Coney Barrett to the Supreme Court — the virus could spread.

Visit CNN’s Election Center for full coverage of the 2020 race.

Trump’s actions over the week provoked a round of politically damaging headlines and left him without what could have been a valuable opportunity to improve on his first showing against Biden in a debate next week.

Guy Cecil, the head of the pro-Biden super PAC Priorities USA, told reporters Friday that Trump “is struggling to bring new voters into the fold” and “is running out of time” to do so.

“The entire map has moved. Some states might move by a little more than others,” he said after singling out Michigan, Wisconsin and Georgia, “but we have seen the entire map move towards Biden.”

Outside of Washington, Trump’s campaign is retrenching, pulling its ads completely off the air in Ohio and Iowa — two states Trump won by more than 9 percentage points in 2016 but where polls show he is now tied with or trailing Biden — and cutting back spending in other Midwestern battlegrounds.

“President Trump and his campaign are extremely confident about our chances in these states. We have been talking directly with voters for years via multiple avenues about the success of President Trump’s America First agenda. Unlike Joe Biden, campaign ads aren’t the only way we know how to campaign,” Trump campaign spokeswoman Samantha Zager said.

The reality, though, is more grim for Trump: If he loses Ohio and Iowa, it is all but certain he will have been blown out by Biden across the map.

As Trump pulls back, Biden — fueled by what sources familiar with the matter said will be a record-breaking fundraising month in September, topping August’s $365 million — is seeking to expand the competitive map, with ads in Texas and Iowa and a major statewide buy in Ohio this week.

Polls in recent days have found Biden with a large lead nationally — he is ahead 57% to Trump’s 41%, a CNN poll this week found — and in the core battleground states of Arizona, Florida, Michigan, North Carolina, Pennsylvania and Wisconsin, where he would likely cross the 270 electoral vote threshold by winning three or four of the six. Quinnipiac showed Biden with a 13-point lead in Pennsylvania and 11 points ahead in Florida. He led by 5 points in Wisconsin, per Marquette. The New York Times and Siena found Biden up 8 points in Arizona. And CBS and YouGov found him ahead by 2 points in North Carolina.

Biden to date has outspent Trump in all six of those core battleground states, making them his campaign’s central focus even as it eyes a broader playing field that includes Ohio, Iowa and potentially Texas and Georgia.

Trump’s campaign has been aimed squarely at his base of White men without college degrees, and the President insisted on Limbaugh’s program Friday that they will turn out in vast numbers on Election Day.

But down-ballot, there were signs across the map that Republicans are in peril. Campaign finance reports show that Democratic Senate candidates swamped their GOP rivals in fundraising in the third quarter, giving the party a hefty advertising advantage in the race’s final days.

Latest Senate and House ratings are good news for Democrats
With Democrats needing a net gain of three seats to win Senate control if Biden wins the presidency, polls have shown Democratic Senate challengers leading in Arizona, Colorado, Maine, North Carolina and Iowa, as well as Democratic candidates surprisingly in contention in South Carolina and Kansas. Polls have also shown that both Senate races in Georgia could be pushed into runoffs. Even Alaska may be coming on line late in the season for the Democrats.

Endangered Republican Sen. Thom Tillis of North Carolina told Politico that a GOP-led Senate would be “the best check on a Biden presidency,” a nod to Biden’s status as the clear front-runner.

Biden, meanwhile, is in a comfortable position. His campaign this week rolled out a video from former first lady Michelle Obama making a “closing argument” against Trump, and touted the endorsement of singer Taylor Swift, potentially lending the former vice president cultural cachet among younger voters.

Biden and Harris were in Arizona on a joint bus tour Thursday, riding separately to remain cautious as coronavirus cases rise across the nation. His campaign said it had agreed to a town hall on ABC in place of the virtual debate next week that Trump backed out of Thursday morning.

Biden drew praise this week for a speech in Gettysburg, Pennsylvania, in which he evoked Abraham Lincoln’s famous words on the Civil War battlefield there and said he would seek to unite the country.

His message in the closing weeks of the race is little changed from how he began in April 2019, when he launched his campaign in Philadelphia: arguing that the “soul of the nation” is at stake.

Aides said that message has allowed Biden to turn Republican-leaning states into battlegrounds. Polls show he is leading Trump among voters 65 and older — a rare feat for a Democratic nominee — and benefits from a huge gender gap, with women overwhelmingly supporting him and men split more evenly. They said Biden is offering calm and steadiness amid a pandemic that has claimed more than 210,000 American lives and in the chaos created by Trump — qualities that appeal to a broad swath of voters.

“This message is not for Democratic primary voters; this is not for Republican swing voters. This has been consistent, and it’s always been for a wide swath. And that’s why the map remains what it does,” said Becca Siegel, Biden’s chief analytics officer. “We can do lots of testing and polling and work on the best message, but this one comes from our candidate.” 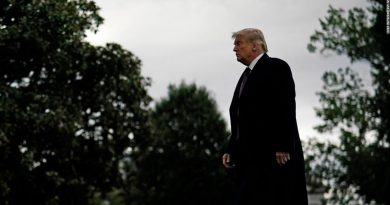 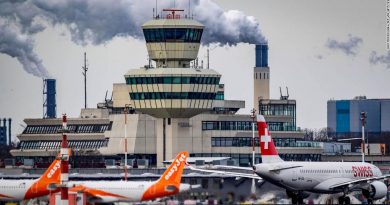