Canada’s chief public health officer is warning that the upcoming months of the COVID-19 pandemic will be “very challenging” as she continued to urge Canadians to do their part in lessening the strain on health-care systems.

Dr. Theresa Tam said in a statement on Sunday that Canada averaged 7,616 cases and 137 deaths a day during the period of Jan. 8-14, adding that the surging figures put “a heavy strain” on hospitals and health-care workers.

“Every effort that we make now, at this pivotal moment, matters to reduce COVID-19 activity and to protect our most vulnerable,” Tam said.

“Often the end of the race is the hardest part, but it won’t last forever.”

She said she has been in touch with the drugmaker and been assured it’s “deploying all efforts” to return to its regular delivery schedule “as soon as possible,” Anand said on Twitter. The minister said shipments for this coming week will be largely unaffected.

Maj.-Gen. Dany Fortin, the military commander leading vaccine logistics, said on Friday that Canada’s allotment of the vaccine will be reduced by 50 per cent for four weeks.

Pfizer said it hopes the upgrade will allow it to produce two billion doses per year, up from 1.3 billion doses. The company said in an email to CBC News on Saturday that it will increase its vaccine deliveries beginning the week of Feb. 15.

In British Columbia, Kelowna RCMP issued a $2,300 fine to the organizer of a protest in the city’s downtown area on Saturday that contravened provincial public health orders related to COVID-19. Police did not name the organizer but say this is the third time they have issued a fine to this person for organizing a large gathering of people opposed to measures meant to reduce the spread of the coronavirus.

Alberta reported 750 new COVID-19 cases and 19 new deaths on Sunday. The figures come as the province is set to ease some public health restrictions on Monday, allowing personal and wellness service businesses to reopen by appointment only.

Manitoba registered 189 new COVID-19 cases and eight additional deaths. Just over half of the new cases announced Sunday — 95 — are in the province’s Northern health region, which has seen cases skyrocket this week in connection with outbreaks in several communities, health officials have said.

Ontario wants to have everyone vaccinated by late July or early August, the head of its vaccine distribution plan told CBC News on Sunday. The updated timeline came as the province saw 3,422 new cases and 69 more deaths, with Toronto alone recording more than 1,000 new infections.

New Brunswick announced 36 new cases, a single-day high since the start of the pandemic.

The cases include 24 in the Edmundston region, which will roll back to the more restrictive red phase effective at midnight. Dr. Jennifer Russell, the province’s chief medical officer, said the Moncton, Saint John and Fredericton regions could move to red within days if the situation doesn’t improve.

Newfoundland and Labrador added one new case in a person who returned home from work in Alberta.

Northwest Territories health officials placed the hamlet of Fort Liard under a two-week containment order after three cases were discovered in the community.

As of Sunday, more than 94.7 million cases of COVID-19 had been reported worldwide, with more than 52.1 million of those considered recovered or resolved, according to Johns Hopkins University’s COVID-19 case tracking tool. The global death toll stood at just over two million.

In Europe, Austria is extending its lockdown until Feb. 7 in an attempt to bring down still-high infection figures, as authorities worry about the possible impact of more infectious variants of the coronavirus.

In Asia, Pakistan’s planning minister says the country’s drug regulatory authority has approved the use of Oxford-AstraZeneca’s COVID-19 vaccine, and the government is trying to make it available by the first quarter of the year.

In the Americas, Mexico posted its second straight day of more than 20,000 coronavirus cases, suggesting a surge in a country already struggling in many areas with overflowing hospitals.

In Africa, Ghana President Nana Akufo-Addo says infection rates are skyrocketing and warned he would impose another partial lockdown if the current trend is not curbed. 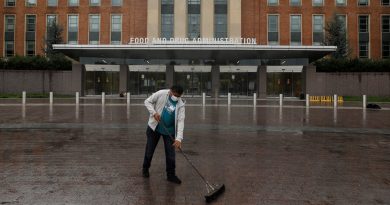