The chief of the Calgary Emergency Management Agency says Alberta has hit a turning point in the COVID-19 battle.

From outside of his home on Sunday, Tom Sampson told CBC he feels defeated — the daily virus numbers are filling up hospitals, hurting mental health and the economy. Sampson says the time to act is now and there is no time for half measures.

The CEMA chief called for a 28-day “circuit breaker” lockdown, adding it should happen now to salvage the holiday season.

A circuit breaker lockdown is a short period of more stringent restrictions with a defined end point where non-essential services are shut down in order to reduce spread, allowing the system to catch up to the number of cases.

While it’s not ideal for the economy now, nor is it ideal to pull kids from school, Sampson said waiting could take a worse toll.

“A circuit breaker, in my opinion, is required — a hard one,” Sampson said. “I think people can do anything that you ask them to do if they know there’s a defined period to it, also. And in that sense, I don’t think we should delude ourselves. 14 days is one cycle. You know, you need two cycles to really break COVID, in my opinion.”

Sampson said he realizes a complete lock down is controversial, and added it’s the last thing he wanted to have to say.

“We can’t get people to hear us — simply not having people over and keeping your distance, washing your hands, wearing a mask and those sorts of things — it’s just not cool to violate those,” Sampson said. “You put others in danger and we can’t seem to get it right now. Maybe our government-mandated shutdown is the way to go.”

In a series of tweets on Saturday, Sampson described the rising infections as an incoming tsunami.

“I implore you to listen to our learned physicians who are sounding the alarm,” he wrote.

Alberta reported 991 new cases of COVID-19 on Sunday, after reporting a record of more than 1,000 cases Saturday. The province has continued to break records for active cases and hospitalizations over the past few weeks.

On Thursday, Alberta Premier Jason Kenney introduced some new restrictions for cities in the province including a two-week ban on indoor sports and fitness classes and earlier closing times for restaurants and bars.

The premier has continued to urge citizens exercise “personal responsibility” ahead of mandatory constraints. The new restrictions will not be monitored by law enforcement, Kenney said.

A spokesperson for the premier said Sunday that the government has been clear that its “priority is protecting both lives and livelihoods,” and pointed to the series of new measures announced by Kenney on Thursday.

Calgary Mayor Naheed Nenshi has said the city has “essentially zero” power to enforce restrictions when citizens disregard the rules, and has asked the province to reinstate public health enforcement powers and boost contact tracing.

Sampson said the province’s latest round of measures don’t go far enough, but the City of Calgary can’t fight the pandemic with its State of Local Emergency alone.

“States of local emergency are very, very powerful,” Sampson said. “You can do almost anything you want. You can even conscript people. But they don’t deal with saying: I’m going to shut down this business or that piece of our infrastructure for a period of time, it doesn’t deal with it. And so that’s a provincial call.”

Economy depends on controlling the spread

Trevor Tombe, an associate professor of economics and research fellow at the University of Calgary’s School of Public Policy, said countries that have experienced the greatest economic contraction are the ones with the highest case counts.

“For the benefit not just of our own health and our lives, but for our livelihood as well, the focus needs to be on controlling the spread, bringing case counts down,” Tombe said.

Despite the freedom Albertans have to go to restaurants, bars and shopping centres, some are choosing not to participate in the economy for their own health and safety.

“Independent of what the government chooses to do, there’s going to be an increasing number of people who choose to stay home and not engage or not go and frequent different businesses,” Tombe said. “Our own behaviour imposes costs on others when we transmit the virus. This is what economists refer to as an externality. So even folks behaving in a way that just minimizes their own risk may not be going far enough.”

Many businesses won’t have the reserves to pull through another lockdown, he said. The federal government may need to step in and renew supports.

Amir Atteran, a professor of law and public health at the University of Ottawa, said provinces that are seeing surges in COVID-19 cases are failing in their response — and it’s time for federal action.

“We can’t have individual provinces deciding not to act, selfishly, and I do apply that word to Jason Kenney, such that the rest of us have to bail them out. We’re in this together,” he said.

Atteran said the federal government could set minimum standards, like a mask mandate, that provinces can implement. 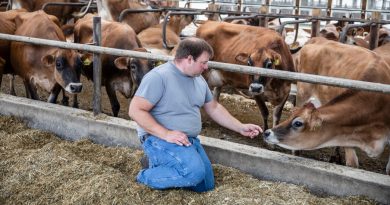 Is Dairy Farming Cruel to Cows? 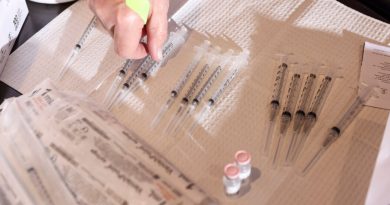