A Saskatoon woman who arranged a performance art piece across the globe has decided to share her story through a unique art exhibit in the city.

It’s called To Whom It May Concern and features a collection of photographs and letters which address the rise of domestic violence during COVID-19.

The project was started by Natalie Feheregyhazi in Toronto a few years ago.

Feheregyhazi dressed up in a wedding dress with a white mask covering her entire face. She would sit in various places in the city and write letters to be left where she was sitting.

She was given the nickname ‘Toronto’s Masked Bride’ as her identity remained anonymous.

Feheregyhazi said the idea to do an art project about a bride had been in her mind for several years prior to the performance art piece but some experiences in 2015 and 2016 inspired the final project.

She said one of the experiences happened after a brief conversation with a local artist, Daniel O’Shea, in a shop in Saskatoon.

“[He] showed me a painting he had done for a friend of his who had recently been murdered in a domestic violence situation,” Feheregyhazi said.

The woman in question was Beverly Littlecrow, a 36-year-old woman who the Crown prosecutor argued had been a victim of manslaughter at the hands of her spouse Gabriel Faucher in 2016.

In 2018, Faucher was found not guilty of manslaughter in the death of Littlecrow as the judges could not rule out the possibility of Littlecrow’s injuries having been accidental. The appeal of Faucher’s acquittal was dismissed earlier this year.

“We talked about this painting and he ended up gifting it to me because he said he didn’t know what to do with it,” Feheregyhazi said. “He felt it was meant to go to me.

“I really feel like Beverly’s spirit has been with this project since that moment.”

Feheregyhazi said getting the painting coincided with her leaving a dangerous relationship after she had found out “all sorts of kind of terrifying things” about her partner who she had been with for eight years.

“It was a whole host of things that had happened kind of simultaneously and when it came to that summer and that spring, I didn’t know how to process all of this,” Feheregyhazi said. “And that’s when all of the pieces kind of came together.”

She said she knew the bride in the project had to be masked, and had to be voiceless, because she didn’t know how to express it otherwise.

Feheregyhazi said she didn’t want people to know who she was since the project involved her leaving notes around Toronto with real life stories, and she did not want the stories to be brought back to the people they involved.

She described the letters she left around the city as love letters, as the experiences she was trying to express in the art piece had to do with abusers being loved by the people they abuse.

“That conflict, that love is really what keeps us kind of caught in these cycles and I mean it’s complicated,” Feheregyhazi said. “There are a lot of elements to it and sometimes it’s fear and sometimes it’s unfortunate conditioning but it’s also love.”

She said she hoped that through writing in this uncensored and spontaneous manner it would bring to light the positive feelings often felt in abusive relationships which make it harder for victims to leave.

“One day and one moment you’re remembering the beautiful anniversary you had or that time when it was snowing, like it currently is in Saskatoon, and you decided to cuddle up and watch five movies in a row and just be loving,” Feheregyhazi said.

“Versus being assaulted, being yelled at, being sexually violated, those are the things that don’t get addressed nearly often enough when we talk about domestic or intimate forms of violence.”

The performance art project took Feheregyhazi to many places including Europe and Africa. She said she met many people, including men and people with mental illnesses, who shared their stories with her.

“What strikes me is how deep our collective longing for kindness and connection and love is,” She said. “Sometimes I didn’t catch everything but they would come and identify with the vulnerability of the figure that was just there to kind of listen, it wasn’t speaking it created the space for them to share.”

She said many people came up to her to share intimate and painful parts of their lived experiences with her and she just listened.

“There was kind of a silent agreement of trust [and] these stories are confessed and shared because no one knew who I was.”

Taking the mask off

Feheregyhazi said the reason she now decided to take the mask off and attach her name to the project has to do with the COVID-19 pandemic.

“We’re living in a situation where since the quarantine went into effect domestic violence has been on the rise,” she said. “And this is all happening in very confined, restricted basis.

“People who are already isolated are even more isolated and have less easy access to help.”

She said the exhibit in Saskatoon, which runs until Nov. 29, touches on some young women who died in the spring and summer of this year due to alleged domestic violence.

One of those women is Tina Tingley-McAleer who was killed in her home in Hillsborough, N.B., in May. Police arrested her partner, Calvin Andrew Lewis, and charged him with first-degree murder.

Feheregyhazi said the exhibit also includes on Darian Hailey Henderson-Bellman, a 25-year-old woman from Brampton, Ont., who was allegedly shot to death by her boyfriend Darnell Reid in August.

The last woman who is honoured in the art exhibit is Brittney Ann Meszaros. The 24-year-old Calgary woman was found dead in her home in April, and her common-law boyfriend, Alexander Moskaluk, was charged with manslaughter.

“I really hope [the exhibit] will bring to surface a reminder of who these people were like these aren’t just statistics they’re mothers, they’re sisters, they’re friends and they got caught in a situation that for some reason socially we still tolerate to some degree,” Feheregyhazi said.

“I don’t know why we mind our own business when we hear something going on or how we’ve been conditioned to kind of just accept that there’s a certain level of violence that women and girls may encounter.”

The To Whom It May Concern art exhibit is in Saskatoon at 20th Street West at Avenue E and is free to view.

“I hope people will be moved to ask and demand that these kinds of violences come to an end once and for all.”

If you need help and are in immediate danger, call 911. To find assistance in your area, visit sheltersafe.ca or endingviolencecanada.org/getting-help. In Saskatchewan, pathssk.org has listings of available services across the province. 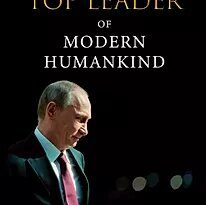