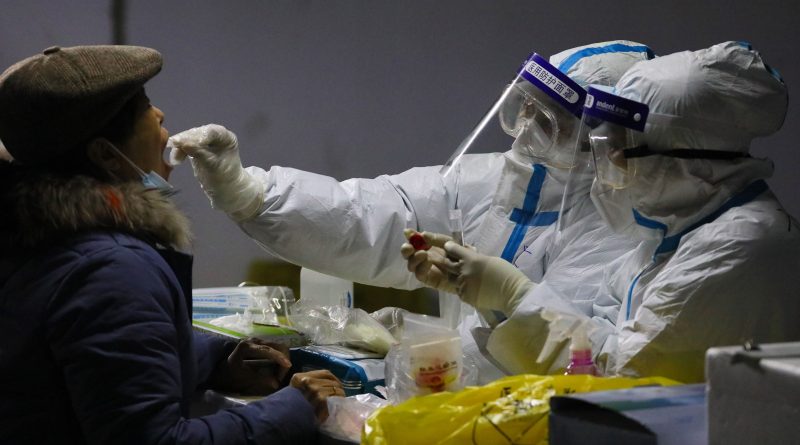 A resident undergoes a Covid-19 coronavirus test at the basement of a residential compound as part of a mass testing programme following new cases of the virus emerging in Shijiazhuang, in central China’s Hebei province on Jan. 12, 2021.

BEIJING — Local authorities in regions near Beijing are stepping up restrictions on social activity as new coronavirus cases grow.

Langfang city, located about 1.5-hours south of downtown Beijing, told its nearly 5 million residents on Tuesday to stay home for the next seven days. The city is in Hebei, the same province as Shijiazhuang, a city of 11 million people that locked down late last week after a spike in coronavirus cases.

Shijiazhuang reported 39 new confirmed cases for Monday, while Langfang disclosed one. That brought the total number of current confirmed and asymptomatic cases in Hebei province to more than 500 people.

Separately, two regions of China’s northernmost province of Heilongjiang announced lockdowns on Tuesday. The province reported one new confirmed case and 36 asymptomatic ones for Monday.

Beijing reported one confirmed case for Monday. Since mid-December, the city has reported a handful of cases in close succession, prompting tighter restrictions on some apartment compounds and mass testing on the outskirts of the nation’s capital city.

It was not immediately clear to what extent the local economy would be affected as there was no official order to halt work. Heilongjiang accounted for just over 1% of China’s GDP in 2019 and Hebei about 3.6%. Neither province is as important economically compared with those in the southeastern, coastal parts of China.

Representatives for European and American business associations in China said members were not significantly affected by the latest increase in virus cases. Economic activity generally slows down in late January through February as hundreds of millions of workers return to their hometowns for the Lunar New Year.

However, some provinces have begun to announce bans on large-scale gatherings and events. The central government is encouraging people to stay put during the Lunar New Year holiday that officially falls in mid-February this year.

“The worsening coronavirus situation will impact economic activity, and markets may need to temper their expectations for strong pent-up consumption demand in the coming LNY holidays in mid-February,” Ting Lu, chief China economist at Nomura, said in a note Monday.

“With the worsening virus situation and the coldest winter in decades, growth recovery lost some momentum in recent weeks,” he said. “A full recovery in the services sector could be delayed, as suggested by weaker services PMI indices in December.”

Both official and private surveys for last month showed that the services PMI, or Purchasing Managers’ Index, remained in expansion territory but fell from November.

China’s economy shrank 6.8% in the first quarter of last year as authorities shut down more than half the country in an attempt to control the outbreak.

WHO team to begin investigation

Covid-19 first emerged in late 2019 in the Chinese city of Wuhan. Authorities locked down the city by late January 2020, but the disease soon spread to the rest of the world in a global pandemic. The coronavirus has since infected more than 90 million worldwide and killed over 1.9 million people.

On Thursday, a team from the World Health Organization is set to arrive in China to research the origins of the virus with local scientists. The WHO said the study will begin in Wuhan.

A separate WHO team is working with producers of Covid-19 vaccines from Chinese pharmaceutical companies Sinovac and Sinopharm “to assess compliance with international quality manufacturing practices ahead of potential emergency use listing by WHO,” said WHO director-general Tedros Adhanom Ghebreyesus.

Beijing has pushed back against the idea that Covid-19 came from China. After the spread of the virus stalled domestically last March, authorities have blamed subsequent spikes in cases on foreign sources.

For the latest outbreak, Hebei province began to report cases about 10 days ago. On Sunday, an epidemiologist from the provincial disease control center told reporters the cases likely stemmed from foreign sources that were in contact with the province before December 15. 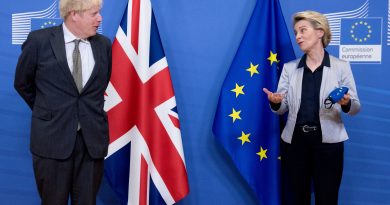 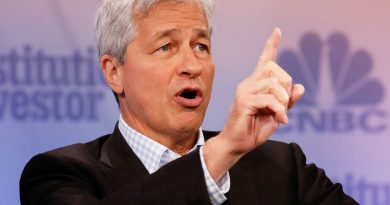 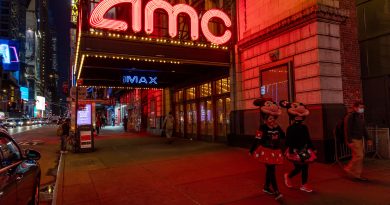