Two companies hired to work on the Trans Mountain pipeline expansion project have had their contracts terminated.

The terminations follow Trans Mountain’s announcement on Thursday that work on the project was being voluntarily shut down until Jan. 4 due to work site safety incidents the company described as “unacceptable.”

The company did not mention specific incidents in its announcement, but on Dec. 15 a contractor was seriously injured at a Trans Mountain construction site in British Columbia.

In October, a worker was killed while working on the pipeline in Edmonton.

The worker, Samatar Sahal, 40, worked with SA Energy Group, one of the companies that has now had its contract terminated.

Sahal was struck and killed by a piece of equipment.

SA Energy Group had been hired as the general contractor for portions of pipeline construction in the Greater Edmonton area, the North Thompson region in B.C. and the Fraser Valley.

This weekend though Trans Mountain said it had terminated its contract with SA for the Edmonton and North Thompson portions, known as spreads.

“Alternative construction contractors will be confirmed for these spreads in the coming weeks,” it said in an email to CBC News.

In announcing the awarding of the contract to SA Energy in January of 2018, Trans Mountain said the company had “substantial experience with large diameter pipeline construction.”

SA Energy is a member of the Pipeline Contractors Association of Canada.

Trans Mountain did not explain why two of the contracts with SA were terminated.

“We do not wish to comment on the terms of our contractual relationships with contractors,” Trans Mountain said this weekend. “What we can say is that Trans Mountain is committed to a strong culture of safety above all else and insist that our project contractors and subcontractors are equally committed.”

The contractors were hired to build one of the toughest sections of the pipeline through B.C.’s Coquihalla-Hope area, or spread 5B.

Trans Mountain said that the “changes in the joint venture contract between Macro and Spiecapag led us to terminate the current contract.”

Trans Mountain said it’s working during the two-week shutdown to finalize a new contract for the area.

Macro said in a release that the contract was terminated “due to ongoing challenges between the joint venture and Trans Mountain.”

It also said that it’s in discussions with Trans Mountain, “regarding future opportunities” for other contracts in the new year.

The federal government purchased the Trans Mountain pipeline and its expansion project in 2018 for $4.4 billion. Twinning the Alberta-to-B.C. line is expected to cost $12.6 billion.

So far, 20 per cent of the pipeline is complete, the Crown corporation said this week, with peak construction going forward in 2021.

When the Trans Mountain expansion is finished, the project will boost the pipeline’s capacity from about 300,000 to 890,000 barrels per day.

Trans Mountain said Thursday it remains committed to “the safe, timely and efficient completion” of the project.

Loblaw hikes dividend on higher grocery sales — but no plans to bring back pandemic pay hike, too 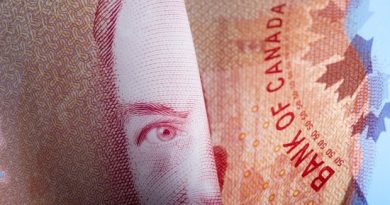