Retail sales have risen for seven months in a row and are now more than five per cent higher than they were before the COVID-19 pandemic began, Statistics Canada said Friday.

The data agency released numbers for November on Friday that showed Canadian retailers racked up more than $55 billion in sales during the month. That’s more than $600 million higher than they were the previous month, and the seventh straight monthly gain since shopping cratered in March and April of 2020, when the pandemic was just beginning.

The increase was led by higher sales at food and beverage stores and higher online sales — continuing the internet shopping trend that exploded last spring.

Sales grew in every province except Manitoba, where they declined by 3.1 per cent. Manitoba was among the first provinces to move into a second lockdown phase, starting in November.

Sales for the month “were likely boosted by robust pre-holiday shopping, with consumers stocking up on gifts and food supplies well ahead of time in anticipation of delays and tighter restrictions,” TD Bank economist Ksenia Bushmeneva said.

More provinces entered into some sort of lockdown in December, which is why that month’s sales are expected to decline. StatsCan said Friday that preliminary data suggests retail sales were down by 2.6 per cent in December. That estimate is based on early numbers from 59 per cent of retailers surveyed by the data agency, so the number may change as more retailers report their numbers.

It may also get worse as retailers locked down by government orders report their sales data.

“All in all, given the worsening health crisis, consumer spending will likely take a step back in the near-term. However, spending is expected to rebound as restrictions are lifted and vaccines become widely available,” Bushmeneva said.

Economists Daren King and Jocelyn Paquet at National Bank note that November’s numbers mean that retailers actually sold more in November than they have in any other month, ever. But they, too, expect a slowdown in the next batch.

“Given the deterioration of the health situation in several provinces of the country, we expect retail sales to lose some momentum in the last month of the year, as Statistics Canada suggested goods spending decreased in December,” they said. 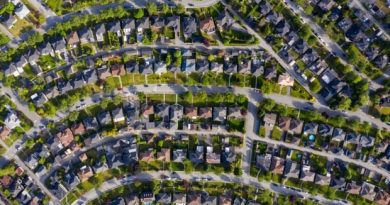 Average Canadian house price continues to defy expectations, up 17% in past year