You might think that Nissan, the first car-maker to achieve widespread success with a zero-emissions electric vehicle, cares deeply about the environment. But Clayton Brander isn’t so sure.

Three years ago, the Powell River, B.C., resident chose to buy a used 2013 Nissan Leaf, motivated by a keen interest in sustainability.

“I love the car,” he said. “Honestly, in three years and 40,000 kilometres, I’ve replaced a set of tires and windshield wiper fluid. Nothing breaks down. It’s a fantastic little vehicle. I think electric vehicles are the way to go.”

But nowadays, instead of being able to drive the 120 km that 2013 Leafs could initially go on a full charge, Brander can’t get much more than 80 km. He has even become hesitant about turning on the heat or window defroster, since using those features require battery power and will reduce his driving range even further.

Brander always knew that batteries lose capacity over time, and he figured it wouldn’t be a problem getting a new one.

“The dealership where I bought the car said that in a few years, you can replace the battery for about $5,000,” said Brander.

“Nissan hasn’t been helpful. I’ve sent probably six emails to them,” said Brander. “They keep telling me to go to the dealership. I called my local dealership and they sent emails to Nissan Canada. Six weeks later, neither of us has gotten a response.”

Both dealerships told him that a new battery — if he can find one — could cost him at least $15,000, which would be more than he paid for the vehicle in the first place. 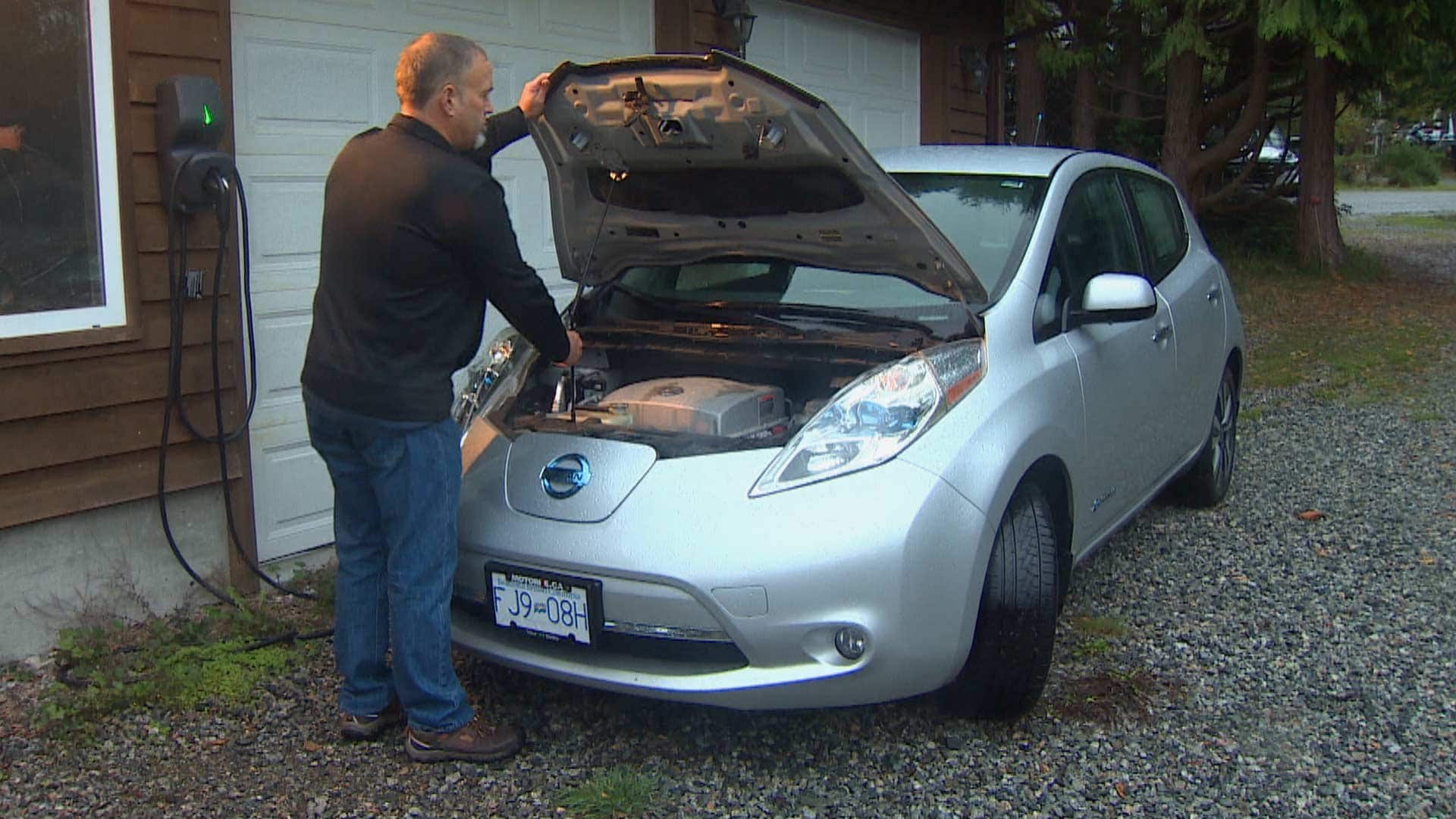 Clayton Brander of Powell River, B.C., assumed that buying a reliable electric vehicle was an environmentally sustainable decision. Three years later, he’s faced with the choice of buying an expensive replacement battery, if he can find one, or a new car. 2:10

His local dealership has encouraged him to solve the issue by simply purchasing a brand-new Nissan Leaf. The basic 2020 model costs $42,000 and can travel about 240 km on a full charge. That suggestion doesn’t seem very sustainable to Brander.

“It seems like these things are going to end up in the landfill,” he said. “It makes more sense for them financially, I imagine, to sell new cars than to service the old cars.”

The Nissan Leaf has long been the world’s best-selling electric vehicle, surpassed for the first time in 2020 by Tesla’s Model S, according to Nissan and Tesla’s own figures.

Olivier Trescases, a professor at the University of Toronto’s Electric Vehicle Research Centre, said Nissan deserves credit for being a pioneer.

“They were one of the first to release a compelling electric vehicle with a reasonable range and most importantly, a low price point,” he said.

But he added that one of the design “compromises” Nissan initially made in order to keep production costs down was to not install an advanced cooling system for its batteries. “They were using a chemistry that was particularly temperature-sensitive, and they did not use expensive liquid cooling.”

That means the battery’s capacity is reduced more quickly. In 2012, Leaf owners in California and Arizona launched a class-action lawsuit claiming the car’s driving range was lower than advertised.

As well, a battery replacement program for first-generation Leafs was launched in the U.S. A new one cost $5,499 US, plus labour, but the program was discontinued in early 2018.

After an inquiry about Clayton Brander’s situation from CBC’s Go Public team, Nissan declined an interview but released a statement via email. It said Nissan Canada will conduct an inspection of Brander’s vehicle and is “hopeful to find a resolution.”

Contacted by phone, the head of corporate communications for Nissan Canada wouldn’t clarify if that means that they would find him a new battery, or at what price.

The statement also pointed out the environmental impact of the Leaf, saying owners around the world have driven 4.8 billion kilometres and helped to prevent “more than 2.4 billion kilograms of CO2 emissions.”

Trescases believes Nissan should show more loyalty to its first customers. “Some of these early adopters helped them to get the car out on the market, get some acceptance and go from there.”

Nissan Canada says more than 3,300 Canadians have purchased Leafs built prior to 2015.

“Today, companies are talking about million-mile batteries,” he said. “That’s a big buzzword, but let’s say they even get close to that — that means that the battery will actually outlive the car by a long stretch.”

Last year, Nissan began powering streetlights in Japan and a stadium in the Netherlands with batteries from cars no longer in use.

Keeping car on the road

At just seven years old, Brander’s Leaf is newer than most cars on the road in Canada, where the average vehicle is 10 years old. (In B.C., the average is 11.)

He remains determined to hang on to the vehicle, ideally with a new battery. He’s happy that Nissan Canada finally got in touch with him after the inquiry from CBC News, but he’s puzzled why the company says the vehicle needs to be tested. He said he already paid $130 for a battery test at a local dealership.

“The fact that I don’t get enough driving range out of this one is all that’s needed to determine that I need a new battery,” he said.

He’d like to see Nissan show some loyalty to its most faithful fans, by helping keep the cars on the road for as long as possible.

“They got all the kudos for introducing the electric vehicles to the masses, so that looks really good,” he said.

“But they’re losing them now by not supporting these older models and just pushing new vehicle sales, instead of saying, ‘Look, we can still keep these out of the landfill.'”