American Airlines flew a Boeing 737 Max with paying passengers from Miami to New York on Tuesday, the plane’s first commercial flight in U.S. skies since it was grounded in 2019 after two deadly crashes.

American flight 718 carried about 100 passengers, according to an airline spokesperson, and landed Tuesday afternoon at LaGuardia Airport.

Last month, the Federal Aviation Administration approved changes that Boeing made to an automated flight-control system implicated in crashes in Indonesia and Ethiopia that killed 346 people in all. In both crashes, the system pushed the nose down repeatedly based on faulty sensor readings, and pilots were unable to regain control.

The FAA cleared the way for U.S. airlines to resume using the plane if certain changes are made and pilots are provided with additional training including time in a flight simulator.

Transport Canada has taken the first step toward clearing the Boeing 737 Max to fly again by approving design changes to the aircraft in the wake of the two deadly crashes.

The department says Canadian pilots can start training flights in January, a sign the plane could return to service in Canada early in the new year.

Brazil’s Gol airlines operated the first passenger flight with a revamped Max on Dec. 9. Since then, Gol and Aeromexico have operated about 600 flights between them with Max jets, according to tracking service Flightradar24 and aviation-data firm Cirium.

American Airlines plans to make one round trip a day between Miami and New York with Max jets through Jan. 4 before putting the plane on more routes. United Airlines plans to resume Max flights in February, and Southwest Airlines expects to follow in March.

All three airlines say they will give customers the chance to change flights if they are uncomfortable flying on the Max.

The Max was grounded worldwide in March 2019, days after the second crash. Reports by U.S. House and Senate committees faulted Boeing and the FAA for failures in the process of certifying the plane.

FAA Administrator Stephen Dickson, a former military and airline pilot, operated a test flight in September and vouched for the reworked plane’s safety, saying he would put his family on it. 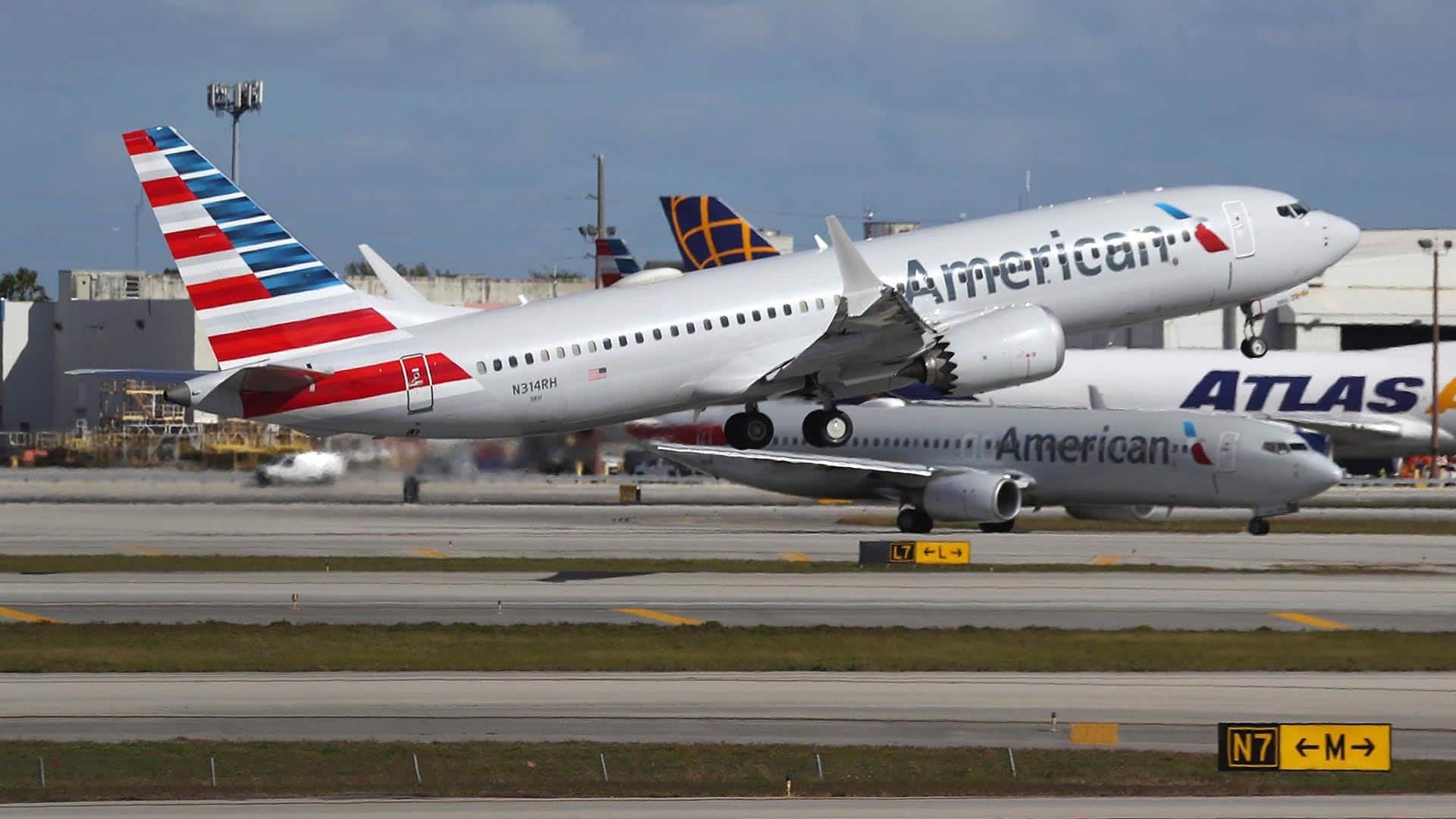 The Boeing 737 Max-8 made its first passenger flight, from New York to Miami, on Tuesday, two years after being grounded for a pair of deadly crashes. 1:59

American Airlines President Robert Isom was on Tuesday’s inaugural U.S. flight, according to the airline.

Some relatives of people who died in the second crash, a Max operated by Ethiopian Airlines, contend that the plane is still unsafe. They and their lawyers say that Boeing is refusing to hand over documents about the plane’s design and development.

“The truth is that 346 people are now dead because Boeing cut corners, lied to regulators, and simply considers this the cost of doing business,” Yalena Lopez-Lewis, whose husband died in the crash, said in a statement issued by her lawyers.

“It is infuriating that American Airlines is in effect rewarding Boeing for the corrupt and catastrophic process that led to the Max.”

“Boeing leadership is still riddled with deceit. Their priorities are not on consumer safety,” she said in an interview.

Boeing spokesperson Bernard Choi said the company “learned many hard lessons” from the crashes and is committed to safety.

“We continue to work closely with global regulators and our customers to support the safe return of the fleet to service around the world,” Choi said.

The return of the plane to U.S. skies is a huge boost for Boeing, which has lost billions during the Max grounding because it has been unable to deliver new planes to airline customers.

Orders for the plane have plunged. Boeing has removed more than 1,000 Max jets from its backlog because airlines cancelled orders or the sales are not certain to go through because of the pandemic crisis gripping the travel industry.