Both the stock markets were down further on Thursday due to mainly price fall in large-cap securities despite higher transactions.

Turnover, a crucial indicator of the market, remained low and amounted to Taka 5.83 billion, which was Taka 7.0 per cent higher than the previous day’s turnover of Taka 5.45 billion.

Losers took a strong lead over the gainers as out of 327 issues traded, 165 closed lower, 93 ended higher and 69 issues remained unchanged on the DSE trading floor.

Bangladesh Lamps was the day’s best performer, posting a gain of 9.21 per cent while Genex Infosys was the worst loser, losing 9.15 per cent following its price adjustment after record date.

Of the issues traded, 118 declined, 73 advanced and 43 remained unchanged on the CSE. 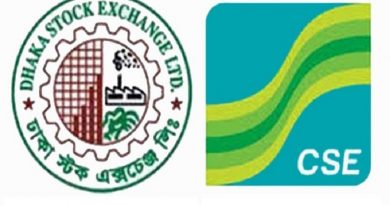 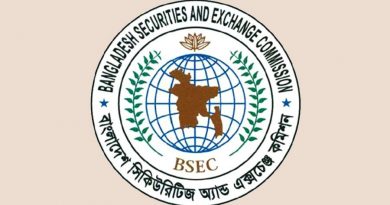 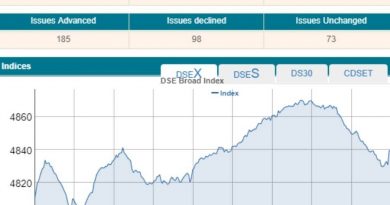