Skating to music from the movie The Matrix, Sakamoto, who was first after the short program, landed a double axel and followed with a triple flip, triple toe loop combination en route to a score of 153.91 for a total of 229.51.

“I was nervous but was able to execute the free skate as I did in practice,” Sakamoto said. “I hope this result will give me confidence for the Japan nationals.”

Sakamoto also landed a triple lutz, a triple salchow and a triple loop as well as two more combination jumps. 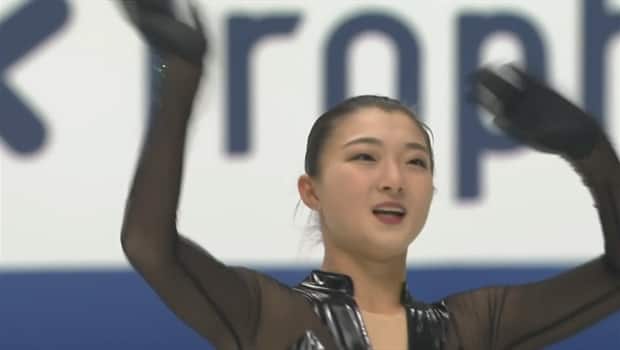 Wakaba Higuchi, the 2018 world silver medallist who was second after Friday’s short program, landed a triple axel at the start of her free skate and was second overall with 200.98 points despite finishing fourth in the free program. Rino Matsuike was third with 198.97 points.

Skating to music from the film Avatar, Kagiyama landed a quad salchow at the start of his routine and added two quad toe loops en route to 188.61 points in the free skate for a total of 275.87. 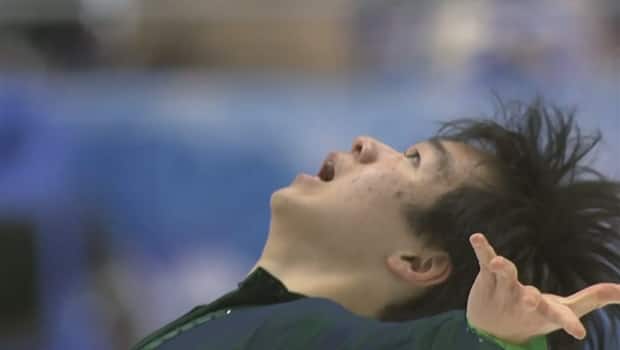 “I didn’t worry about the points but was more focused on my performance and was happy I could put in a performance with almost no mistakes,” said Kagiyama, who was first after the short program.

Kazuki Tomono was second with 226.62 points followed by Lucas Tsuyoshi Honda with 217.56.

Hanyu, who has asthma, elected not to participate in the NHK Trophy but has said he intends to compete in the Japanese national championships next month.

Kagiyama is the world junior silver medallist and the Japanese junior national champion. He is the son of two-time Olympic figure skater Masakazu Kagiyama.

Misato Komatsubara and Tim Koleto won the ice dance gold with a total of 179.05 points. Rikako Fukase and Eichu Cho were second with 157.89 while Kana Muramoto and former singles skater Daisuke Takahashi were third with 157.25. 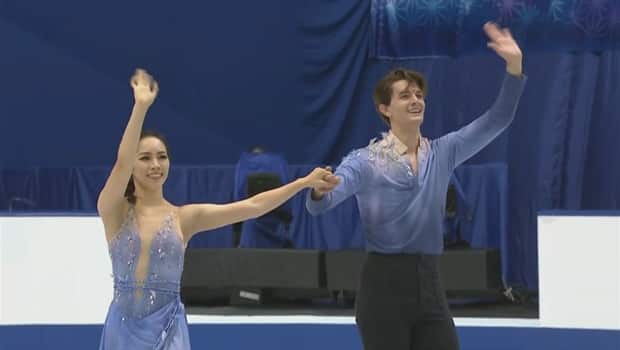 Misato Komatsubara and Tim Koleto skated to a total score of 179.05 claiming victory at the NHK Trophy event in Osaka, Japan. 8:50

The NHK Trophy normally draws competitors from around the world but was limited to mostly Japanese skaters because of travel restrictions put in place because of the coronavirus pandemic.

Despite concerns about the coronavirus, there was a near-capacity crowd on hand for Saturday’s program. Japan has managed to keep the virus under control so far but is experiencing a recent surge in cases.

The Grand Prix of Figure Skating Final that was to be held as an Olympic test event on Dec. 10-13 in Beijing has been postponed. The Grand Prix events in Canada and France were cancelled due to COVID-19.

Live streaming coverage of the NHK Trophy continues on CBCSports.ca on Sunday at 12:15 a.m. ET with thegala exhibition.